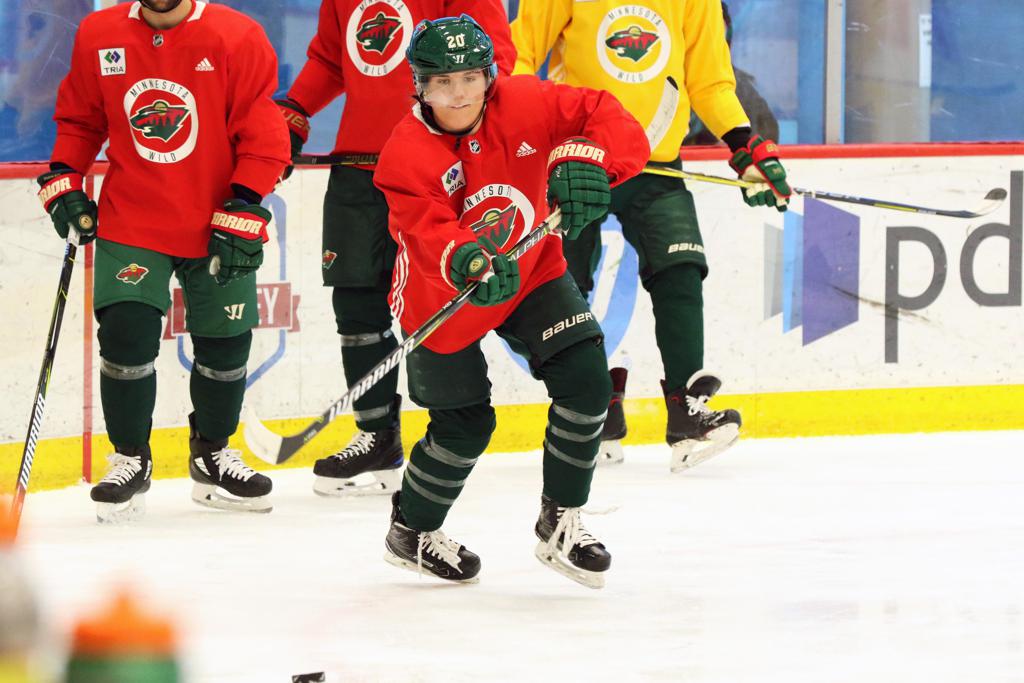 By the time she was 5 years old, Hannah Brandt knew every player’s name on the Minnesota Wild roster.

The Vadnais Heights native grew up playing hockey, and often looked up to the professional players just down the road.

Now, the 25-year-old forward for the NWHL’s Minnesota Whitecaps hopes she too can help inspire the next generation of hockey players.

The weekend’s activities for Dec. 14-15 include on-ice clinics at Xcel Energy Center for 12U, 10U and 8U girls’ hockey players, led by personnel from Minnesota Hockey, Minnesota Whitecaps players and WCHA players.

The Wild will also celebrate girls’ and women’s hockey when it hosts the Calgary Flames at 12:30 p.m. on Saturday, Dec. 15. Girls’ and women’s hockey players will participate in intermission activities, while former U.S. Women’s National Team member and former University of Minnesota Gophers women’s hockey coach, Laura Halldorson, will make the “Let’s Play Hockey!” announcement. Proceeds from the Wild’s “Split the Pot Raffle,” as well as game program sales, will benefit the Minnesota Whitecaps.

For Brandt, seeing the impact this weekend has on girls’ and women’s hockey is special.

“It’s unbelievable,” Brandt said. “Women’s hockey has come a long way and the Wild have done an unbelievable job with Girls’ Hockey Weekend. I’m excited for what’s coming up, and to be part of it.”

While Brandt is accustomed to playing all home games with the Whitecaps at TRIA Rink, the chance to skate with the team she grew up watching was unique.

Brandt, who attended Hill-Murray High School and earned Ms. Hockey honors in 2012, is used to playing a fast-paced and high-caliber game. But that didn’t mean she was free from butterflies as she practiced with an NHL team.

“I definitely was probably gripping my stick a little tighter than normal,” Brandt said. “I didn’t want to mess up their practice, but I had a lot of run with it and they were awesome.”

As Brandt skated with a few familiar faces, she couldn’t help but take a quick trip down memory lane.

“I’ve always been a big wild fan,” Brandt said. “Mikko Koivu was one of my favorite players growing up, so it’s kind of crazy that he’s on the team and I was out there practicing with him today.”

The two chatted on the bench between drills. Koivu wasn’t surprised to see the 2018 Olympic gold medalist making waves out on the ice during Friday’s practice.

“She did well keeping the pace and skating and shooting the puck,” Koivu said. “I think you can see why she’s had the success that she’s had.” 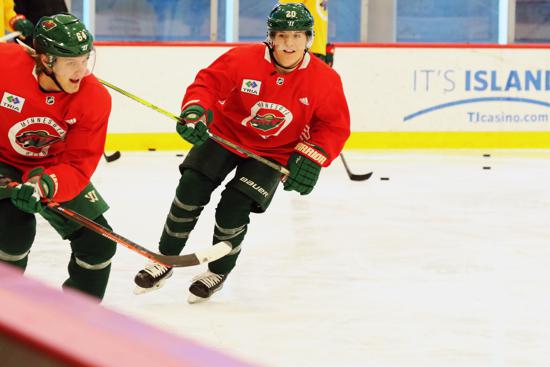 “It’s unbelievable. Women’s hockey has come a long way and the Wild have done an unbelievable job with Girls’ Hockey Weekend. I’m excited for what’s coming up, and to be part of it.” 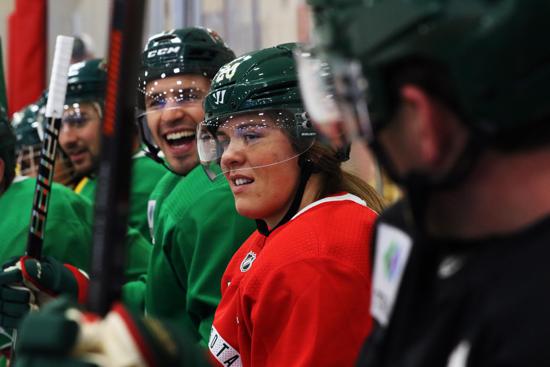 Other members of the team were also glad to see Brandt at practice.

“I tried to get her take my spot in a couple drills and she didn’t want to,” Minnesota Wild forward Zach Parise said with a laugh. “Now with the Whitecaps here, it’s good for everybody to have the two teams root for each other, and it’s great to have her skate with us. It looked like she was having a good time.”

“I’m thankful to the Wild for the opportunity,” she said. “The guys are awesome and it was cool to be out there.”