A New Wave for the Whitecaps 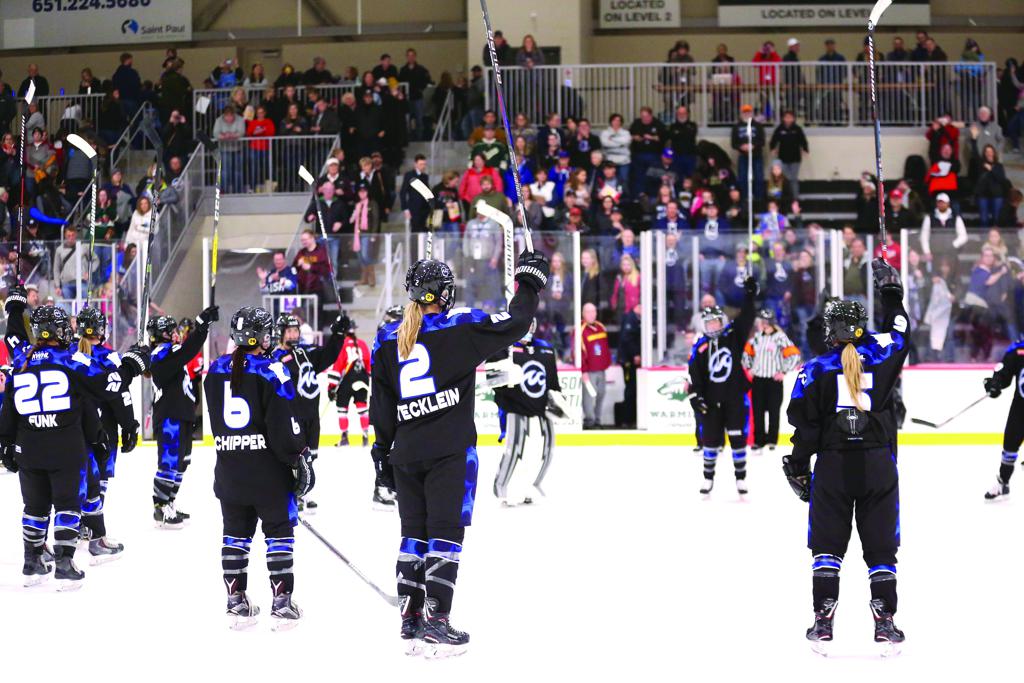 Winny Brodt Brown stood awestruck on the ice at TRIA Rink before the Minnesota Whitecaps were set to take on the Metropolitan Riveters.

With the national anthem blaring in the background, the 40-year-old Brodt Brown was suddenly overcome with emotions, standing smack dab in the middle of an empire she helped build.

"It was very emotional for me," Brodt Brown said. "I was reflecting on everything we've done to get to this point. It was like, 'Wow. We are still here 15 years later.'"

Brodt Brown, who has been a pillar of the Whitecaps since the franchise’s inception 15 years ago, wasn’t the only one that was consumed by the moment.

“That first game really was incredible,” said Whitecaps coach Ronda Engelhardt, a pretty good player herself back in the day, suiting up for the University of Minnesota from 1999-2003. “That was the first time in a long time that I’ve actually felt like playing again.”

You could go on for days with stories similar to that of Brodt Brown and Engelhardt as it seems like pretty much everyone has been waiting for the day that a professional team made its way to the Twin Cities.

"I thought it was going to be attainable at some point," Brodt Brown said. "I didn't know when. I didn't know if it was necessarily going to be with the Whitecaps. It's been a lot of hard work from everyone involved to keep it going. It's clear that people love the game, that's a big reason it's been able to be sustainable." 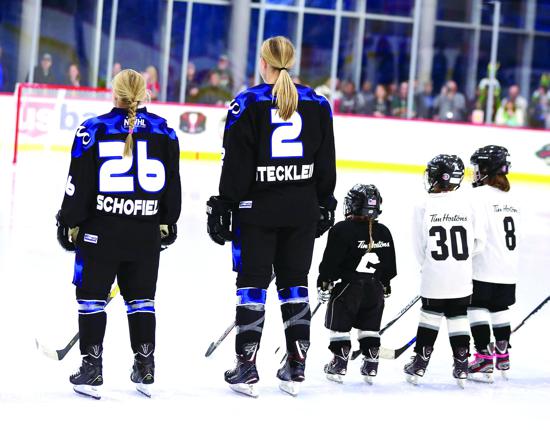 “I can’t underscore how much of an impact this will have on young girls. We never had this to look up to when growing up. Your dream was to play in college and then maybe the Olympics. That was it. We watched the NHL knew that we wouldn’t be able to do that. It’s amazing that young girls now can have a dream of becoming a professional in this sport. It’s something they can strive for.” – Whitecaps forward and Olympic gold medalist Hannah Brandt 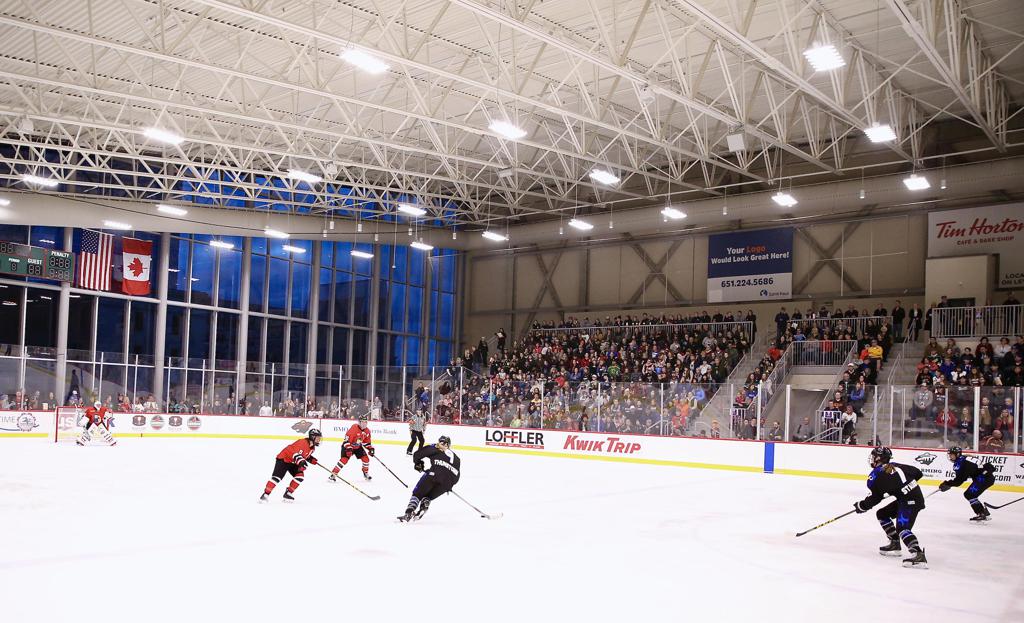 Founded by her father Jack Brodt and his friend Dwayne Schmidgall in 2004, the Whitecaps originally joined the Western Women’s Hockey League, attracting some of the best players in the world along the way.

After the league dissolved in 2011, Jack Brodt found a way to keep the Whitecaps afloat, operating as an independent team, and filling the team’s schedule with games against top-tier Division I opponents. He tried his best to get the Whitecaps into the Canadian Women’s Hockey League, though the two sides could never gain enough traction to strike a deal.

“They kept finding ways to keep this team alive,” Engelhardt said. “They wanted to keep growing it no matter what. They went through so many different leagues and always found a way to get games in.”

Then, last May, the National Women's Hockey League purchased the Whitecaps as an expansion team, officially making them the fifth member of the ever-growing league.

“Just having Minnesota in the NWHL expands our national footprint and grows our game in so many ways,” league commissioner Dani Rylan said. “This is a monumental step for the NWHL.”

Since then, the overall fandom for the Whitecaps has grown in and around the Twin Cities.

While the franchise itself already had some name recognition based on the fact that it’s been around for the last 15 years, its reach has extended over the last six months or so.

“It was kind of a unique situations because the Whitecaps have been around for awhile,” Engelhardt said. “That couldn’t hurt, right? That said, I know not everybody that was in the stands for the first gam there was a team that’s been around for 15 years.”

Truthfully, it’s a perfect formula for the Whitecaps, as they have the old fans who now get to see their team play at the highest level, and the new fans, who provide an opportunity to continue to grow the game at the grassroots level.

“It’s huge,” said Hannah Brandt, a former star with the Gophers and an Olympic gold medalist, who jumped at the opportunity to sign on with the Whitecaps this offseason. “I can’t underscore how much of an impact this will have on young girls. We never had this to look up to when growing up. Your dream was to play in college and then maybe the Olympics. That was it. We watched the NHL knew that we wouldn’t be able to do that. It’s amazing that young girls now can have a dream of becoming a professional in this sport. It’s something they can strive for.” 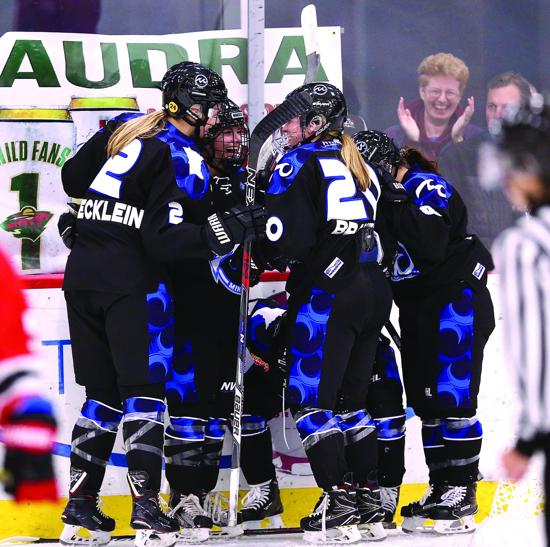 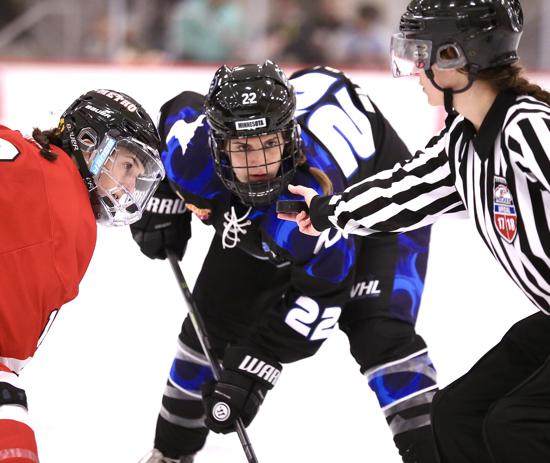 That first game also served as a special moment for Brandt as it served as a full circle moment for her. She had fond memories being coached by Brodt Brown as a kid growing up in the eastern suburbs of the Twin Cities, and the fact she was now playing with her on a professional team was enough to give her chills.

“She played a huge role in my life growing up,” Brandt said. “To actually be on the same team is kind of crazy. She always said she was going to play as long as it took to play on the same team as us. I don’t know many 40 year olds that could be playing at such a high level.”

It also gave Brandt something to strive for down the road.

"It makes me think that maybe there are young girls that I've coached that I could end up playing with later on," Brandt said. "It shows that everything kind of comes full circle and that’s pretty cool to see."

Those types of moments weren't possible couple of decades ago.

“It’s a night and day difference,” Engelhardt said. “This wasn’t an option when I was growing up. Now that something like this exists it gives young girls more things to strive for after college if they want to continue to play the game they love. It’s hard to put in those four years in college and then all of a sudden it’s over. You kind of have a choice now and that’s a great thing.”

That has always been the goal as far as Brodt Brown is concerned. And it’s only fitting that she’s now the captain of the team that helped break down the barrier in the Twin Cities.

“It’s exactly how it should be,” Brandt said. “It would almost feel weird if she wasn’t a part of it. This is the moment she kept playing for. I’m so happy it worked out and she was able to make her dream come true.”

Now that her dream has come true, don't even think for a second that Brodt Brown is going to slow down.

"It's awesome to have the opportunity to still play the game we love," Brodt Brown said. "When young girls see us playing it's like, 'Hey, mom and dad, I can do that.' That's part of the reason why it's so important to me. I want to continue to help grow the game because I still think there's growth. We have to keep going. We can never be satisfied."

And yes. That means that Brodt Brown plans to continue playing for the foreseeable future.

"I'm not done yet," she said with a laugh. "I'm a pretty competitive person. I'll know when the game has passed me by. And right now it still hasn't."