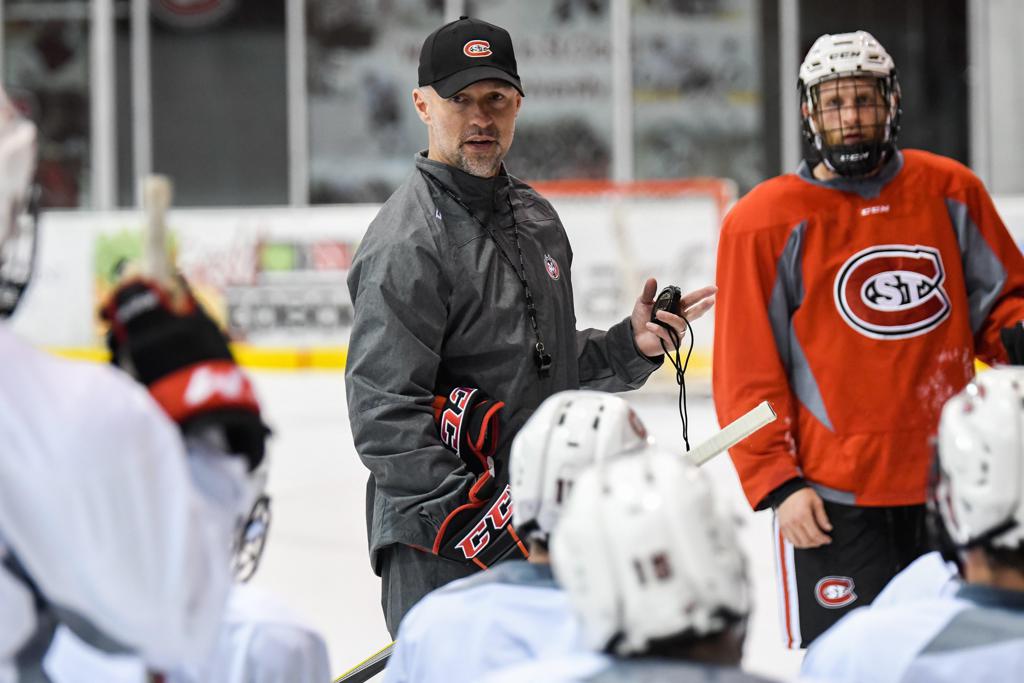 Growing up in Duluth, Brett Larson skated often skated on an outdoor rink and tried to imitate his favorite players from the University of Minnesota Duluth hockey team.

When recruiting players, Larson looks for the usual skills. But there’s another characteristic that’s sometimes harder to find—creativity. Here are a few tips from the Huskies’ new coach for becoming a more creative hockey player.

Talking about a Revolution

Larson’s first bit of advice is for coaches: Join the small-area-games revolution!

“Are we drilling players to death?” Larson asked. “We’re always drilling. There’s so much structure, players never get to figure out situations on their own. They never figure out how to play without the puck.”

Small-area games are fun to play and force players to learn on the fly.

“Players really use their creativity,” he said. “Don’t even watch. Pull back and let the kids play. … They’ll get a ton of puck touches, learn to read off each other and find space.”

“If the first time you make a mistake you end up on the bench, you’ll never develop creative players.” - Brett Larson

“The only time hockey is football is on the faceoff,” Larson said. “Once the puck hits the ice, hockey is a read-and-react game.”

Hockey is trial and error. Coaches should allow players to try to make plays and accept some mistakes that come from those efforts.

“If the first time you make a mistake you end up on the bench, you’ll never develop creative players,” he said. “If all you do is chip in, chip out, you’ll just be a chaser instead of dictating the game.”

Away from the Play

“Work on your game away from the puck,” Larson said. “Understand where you have to get to to get the puck back after giving it up. It’s not about just going to spot X on the diagram, it’s reading the play and understanding where to be when a teammate is being pressured or how to take some of that pressure away. Skate to space.”

Playing for fun outdoors or during open hockey ice times with your friends is a great time to work on this.

Become a Student of the Game

Larson asked players at a summer hockey camp to raise their hands if they watched the Stanley Cup Final and was surprised when only three kids said they did.

“How do you expect to understand the game if you’re not a student of it?” Larson asked. “Watch your favorite player or watch players you want to be like. If you really want to develop, be a student of the game. That’s very important.