The Holy Grail’s Return to the 218

T.J. Oshie and Matt Niskanen return home with hardware to share with the communities that raised them 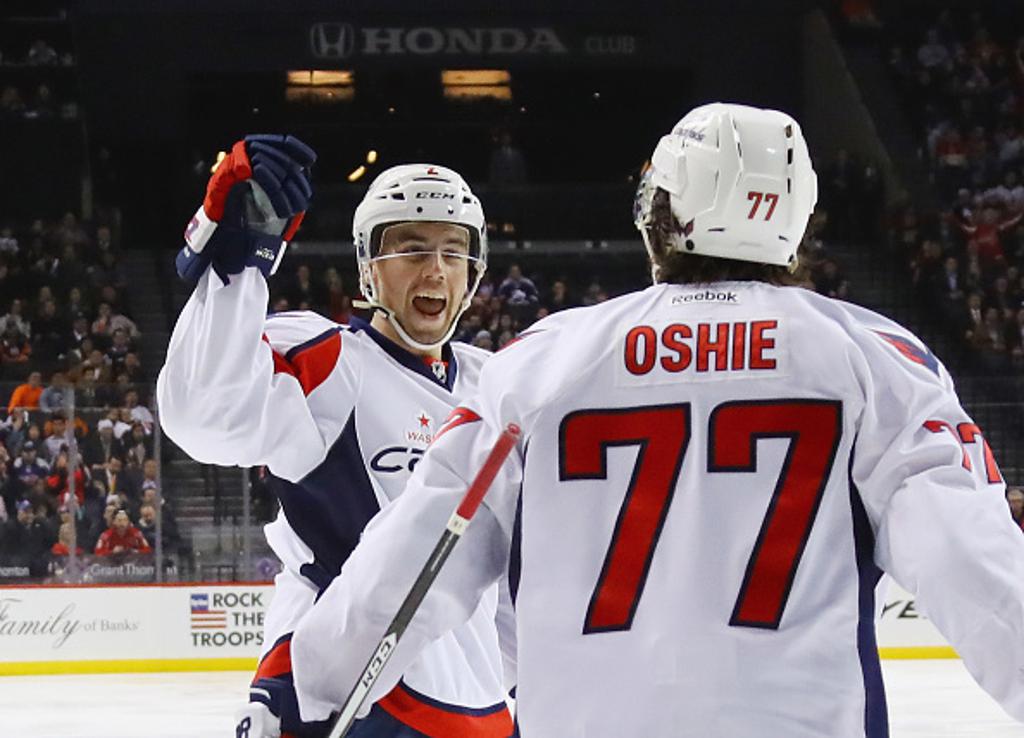 There’s something distinct about hockey and ‘up north’, the area that spans across the entire northern half of the state, east and west, with the 218 area code. The sport is as embedded in the towns and cultures as the iron ore mined throughout its iron range.

"It's a special, special place," 2018 Stanley Cup champion Matt Niskanen told the Duluth News Tribune this summer. "It means a lot to me. I spend my summers here. I plan to retire here. My kids will go to school here. This is home.”

Niskanen along with Washington Capitals teammate T.J. Oshie each honed their skills in the 218 zone; Niskanen in Virginia/Mount Iron-Buhl and Oshie in Warroad. After claiming the game’s ultimate prize this past June, there was no other place either of them would rather celebrate than the communities that raised them—a first time visit from Lord Stanley for each town.

“To bring (the Cup) to Warroad, where hockey, it didn’t get started for me, but that’s where I started improving,” said Oshie, who was born in Mount Vernon, Washington and moved to Warroad at age 15. “ You get to skate every day up there for free. It’s hard not to have fun and get better every day.

“To bring it up there to the people of Warroad, who took us in and made us feel like we were born and raised there, that was really special.”

It had been 20 years since the Capitals had advanced to the Stanley Cup Conference Finals. It had been 24 years since they beat the Pittsburgh Penguins, back-to-back Cup champions in 2016 and 2017, in the playoffs, a team that stymied Washington nine out of 11 times.

But this year was different. The Washington Capitals not only beat Pittsburgh in the second round of the Eastern Conference Playoffs, but they won the first Cup in franchise history in five games against the Vegas Golden Knights.

"The moment we won, jumping around like little kids, screaming with all my teammates, huddled around the net there, hugging everyone, that three or four minutes, however long it lasted ... I'll never forget that feeling," Niskanen recalled to the Tribune. “I lost my voice right away. I started crying and all that good stuff. It was quite the feeling."

Both Oshie and Niskanen were instrumental in lifting the team to victory. On the right wing of the second line with Niklas Backstrom and Jakub Vrana, Oshie posted 18 goals and 29 assists through 74 regular season games. He tacked on an additional 21 points (eight goals, 13 assists) through the playoffs.

Back on the blue line, Niskanen had 29 points (seven goals, 22 assists) during the regular season and nine points (one goal, eight assists) in the quest for the Cup.

But stats don’t mean anything in the grand scheme. What matters is whose hoisting the Cup at the end of the season.

Just two 218 boys achieving the dream of a lifetime. 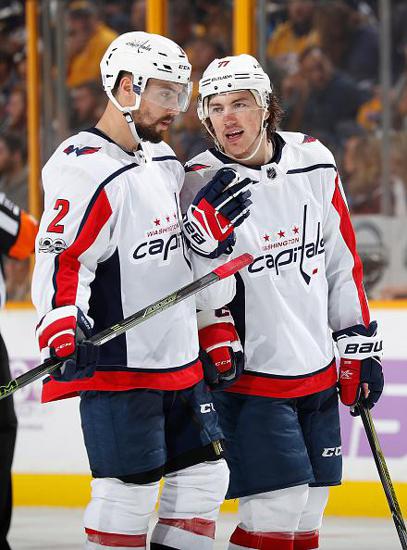 While Oshie and Niskanen were integral parts in Washington’s Cup clinching team, they weren’t the only Minnesotans to aid in raising in Lord Stanley. Travis Boyd (Hopkins) and Shane Gersich (Chaska) were also members of the 2017-18 Capitals squad but just missed their chance for a day with the Cup

During Oshie’s private reception in Minneapolis he shared his time with each of his Capitals teammates.

“It’s surprising to think [that’s the first Stanley Cup in Warroad],” said Cary Eades, who was the Warriors varsity coach for 11 years, including two years with Oshie. “I know (1980 Olympian) Dave Christian made it to the Finals, but to not have somebody develop in Warroad go on to win the Stanley Cup, given how many hockey players the area has developed, it’s a bit surprising. It’s a real hockey hotbed, and the community prides itself on how the high school teams plays and how the youth team plays. It’s a big part of the fabric of our communities. It’s pretty special T.J. can be the first to bring the Cup home to them.” 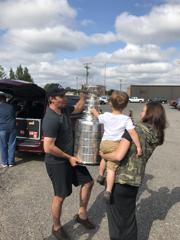 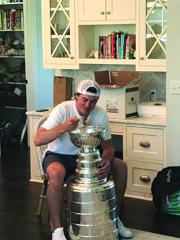 Despite each town boasting its fair share of notable names (see sidebar), Eades recalls association numbers in Warroad going up and down. Communities like Mount Iron/Virginia and Warroad have a constant struggle for registration numbers as available work fluctuates. Still both communities have found a way to thrive, not only fielding teams, but ones that have proven successful, yielding a number of successful hockey roles models.

Before raising the Cup, Niskanen, a product of the Virginia Amateur Hockey Association, led the Blue Devils to the program’s first-ever Minnesota State High School Appearance in 2006. Since then X youth programs have made it to Minnesota Hockey’s State Tournament.

Oshie was a part of both Warroad state titles in 2003 and 2005. The Warroad Youth Hockey Association has grown from an average of 22 8U players per year, to 47 this past season.

And then there’s Olympian Gigi Marvin, who captured gold with the U.S Women’s Olympic team in Peyongchang this past February, who also hails from Warroad. She’s the sixth Olympian to call Warroad home.

“I don’t know how many towns can say they’ve done that,” Oshie exclaimed. “To have someone from the same class, same high school, win a gold medal and the Stanely Cup in the same year, it’s amazing and a tribute to the town of Warroad and the type of pride they put in their hockey.

“Carrying this thing around, you see people’s faces when they see it, there really is no other trophy like it. I’m so glad to share not only this with them, but two state titles before. It doesn’t get much better.

"You can't really put it into words what he's meant to the program," Virginia High School coach Reed Larson said of Niskanen to the Tribune. "It's the support he's given during the summers when it comes to the summer hockey program, financially with the donations he's made at the golf scramble every single year. You can't even put a dollar amount on it. It's to the point where it is priceless what he's meant to the program and what this is to the program right now. You're going to see the benefits reaped for years after this."