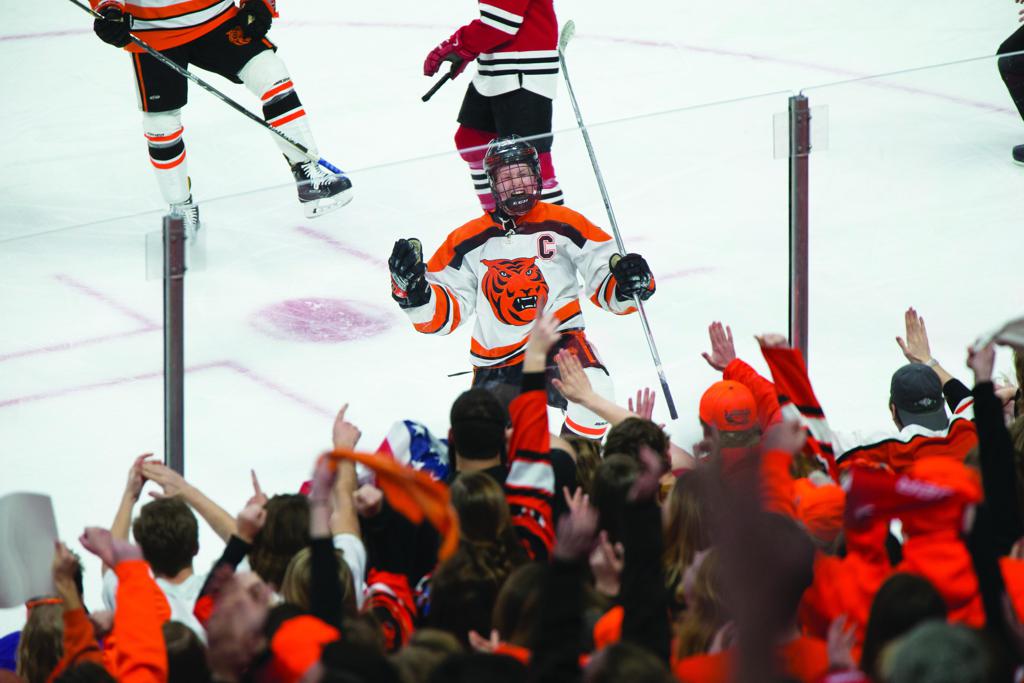 I joined College Hockey Inc. five years ago, and every week since then I have been having conversations with wonderful hockey people from all corners of North America. Many of these conversations have opened my eyes or truly shocked me about youth hockey and how it happens outside of our state. It has been a hockey wakeup call and has given me a tremendous appreciation for how unique, successful and important hockey in Minnesota is. Here are a few of my observations:

In most places, youth hockey participation is directly influenced by the fortunes of the local NHL team. In some places, the college team can have an impact on hockey participation (did you know Huntsville, Alabama has close to 700 youth hockey players?). But nowhere has an annual “sign your kid up for hockey” magnet like high school hockey in Minnesota. How many 6-year-olds in Stillwater have attempted the Noah Cates spin-o-rama in their driveway? What message did Natalie Snodgrass send to young Minnesotans when she demanded to play in her Eastview High School game less than 24 hours after winning the 2016 U-18 World Championship? High school hockey inspires young Minnesotans. It’s not like this anywhere else.

Minnesota has more 17-year-olds that still see themselves as serious hockey players.

The belief that top players have to play only with and against the absolute best is widespread elsewhere. Many states create early hockey finish lines by putting their best 13- and 14-year olds on just a handful of club teams, sending a misguided message to other kids that hockey is not in their future. In Minnesota young players are spread out over 100-plus teams throughout youth hockey and this continues into high school. The vast majority of hockey players in Minnesota aren’t faced with their hockey mortality until they are 18. This is Minnesota’s special sauce: just keep playing.

An hour spent visiting with a hockey person from Massachusetts and learning about the state’s rich hockey history is an hour well spent.  Unfortunately however, many of these conversations end with a sigh and sense of melancholy. Apparently a generation or so ago, youth hockey in Massachusetts became much less of a community fixture and much more of an industry. What once was town teams feeding prep and high schools playing in public rinks became club teams feeding junior teams playing in private rinks. Not surprisingly, far fewer young people are playing hockey in Massachusetts today. The impact has now reached the highest levels. Just 20 years ago Massachusetts had almost twice as many natives in the NHL as Minnesota did. Now Minnesota has almost twice as many natives in the NHL as Massachusetts.

The importance of municipally owned ice rinks can’t be overstated.

Most call it the State of Hockey. I call it The People’s State of Hockey. Without getting political, hockey in Minnesota is subsidized. Fortunately for those of us who love hockey there are enough taxpayers in St. Louis Park, Marshall and Proctor that view an ice arena in much the same way they view a playground—an asset worthy of community funding.

Most importantly, Minnesota has more “lightly skilled” hockey players than anywhere else.

Sure, Minnesota has far more NHL players and NCAA players than any other state. Minnesota also has far more hockey players who struggle to crossover both ways. This I know first-hand because I’m a lifetime member of this group. The community and high school structure of hockey in Minnesota is the biggest reason why so many of us play. There is safety in numbers and the more Minnesotans that continue to lace ‘em up, the better.

Hockey in Minnesota is far from perfect. There are many opportunities to improve the experience for all involved in our state. But the opportunity lies in making our model better, not different. In Minnesota, the proverbial hockey toothpaste is still in the tube. Let’s make sure it stays there.

Mike Snee is a Duluth native and the Executive Director of College Hockey Inc., an organization that provides young hockey players with information about college hockey and how to retain NCAA eligibility.