Why Minnesota is truly the state of hockey 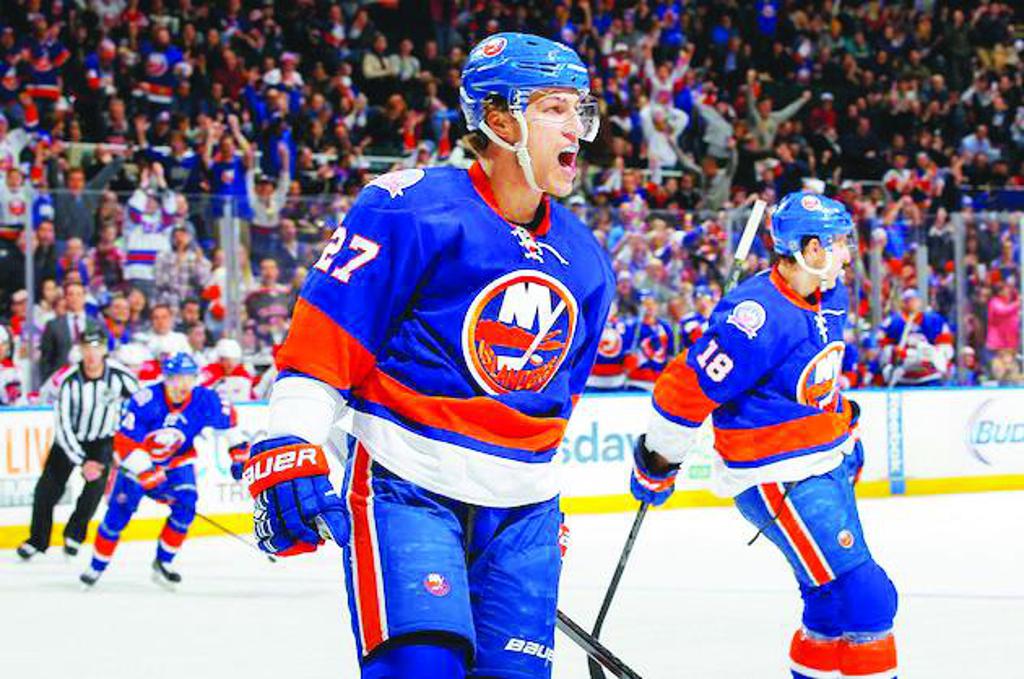 Matt Hendricks grew up in Blaine, played in St. Cloud, has lived in Plymouth, Wayzata and currently lives in Excelsior, which is the Minnetonka school district.

“These are all different communities, but hockey still sits at the top of the list,” said Hendricks, who plays for the Winnipeg Jets and has played more than 500 NHL games for the Colorado Avalanche, Washington Capitals, Nashville Predators and Edmonton Oilers. “It’s pretty awesome.”

The former St. Cloud State Husky was drafted in 2000 and according to eliteprospects.com is among the 16.4 percent of current U.S.-born NHLers to hail from Minnesota. Michigan makes up 14.6 percent of the U.S.-born NHLers, New York makes up 12.2 percent and Massachusetts makes up 10.3 percent.

The numbers are clear: Minnesota continues to produce the most U.S.-born NHLers.

Here’s something else that’s pretty neat: According to eliteprospects.com, among U.S.-born drafted players in NHL history, 10 of the top-20 listed hometowns are in Minnesota, including the top-3: St. Paul (69), Minneapolis (59) and Edina (53).

Minnesota truly is the State of Hockey.

Hockey is a fabric here, and it’s impossible to produce this many NHLers if the coaching wasn’t elite at all levels.

“There are really good coaches in Michigan and New York and Connecticut and so on, too, but it’s a big priority here starting at the youth level,” said Terry Cullen, a former coach who fathered three boys who played in the NHL—Matt, Mark and Joe Cullen.

Matt’s obviously the most established. The NHL’s second-oldest player at 41, Cullen has returned to his home state for a second stint with the Wild and 20th NHL season.

It was Terry, raised in International Falls with coaching experience in the Minnesota towns of Gilbert, Roseau, Virginia and Moorhead, who coached Matt throughout his childhood and in high school.

“We are the State of Hockey, and it’s very high on the priority list for a lot of people to be not just a participant but to be good,” Terry Cullen said. “Personally, I see nothing wrong with someone trying to be the best that they can be in any particular area. If your love is hockey, what a wonderful passion to go after it.”

One reason why many believe so many Minnesotans ultimately make it to the NHL is because they don’t just dream of making it to the “Show.”

As a kid, there’s so many things for a hockey player in Minnesota to strive for, whether it’s youth region and state tournaments, making the high school team, playing in The Tourney, the Elite League, and of course, college.

“I think Minnesota is the closest thing to Canada,” Hendricks, 36, said. “It’s almost like it’s in our heritage, the game of hockey. I can just speak from my memories growing up, watching the state tournament. That was just as big as any North Star game or anything. So, growing up watching that, aspiring to play in that tournament, there’s just so much opportunity here to play.”

Hendricks was a Blaine Bengal and went to the state tournament twice, including winning it all his senior year by shutting out Duluth East.

“When I look back, as a kid growing up, we played hockey, we played baseball, we played football, but all summer we’d be playing roller hockey in the streets with your best friends in the neighborhood,” he said. “And then you grow up playing with them through high school and you win championships with them. And off my senior year alone, three of us played in the NHL and out of my junior and senior year, eight or nine went Division I.”

Even Cullen said, “As a coach, I certainly aspired to coach in the state tournament one day or to win a region title. It was something really, really special, so you put all those things together and you got something above and beyond the norm of just playing a sport.”

Every community has its very own tradition and unsung heroes.

In Moorhead, his name is Dennis Bushy, who recently turned 70. Bushy has been running the rink or involved in youth hockey in Moorhead for 40 years.

“Here’s a guy that’s been entrenched in one city and made his life’s passion those young people he works with every single day,” Cullen said. “I don’t know if there are many as good or as committed to benefiting kids like Dennis Bushy.”

Bushy, though, acknowledges there are people like him from city to city all over the state of Minnesota that help keep each community’s tradition going so kids and parents alike can fall in love with this wonderful sport.

“We all kind of have our own little pocket of tradition, not just in Moorhead, but the Warroads and Roseaus and the Grand Rapids down to the Mankatos, Rochesters and now going into the Marshalls,” Bushy said. “We all feel real close knit with all of our alumni players in the past, and it’s like that pretty much all around the state and the goal is to have kids fall in love with hockey.

“These now-parents then have their own kids, and it just filters right down to them. In Moorhead, for example, we really started hitting our stride in the 90s and now all those guys have kids that are little Spuds. Now those parents are coaching and trying to hand down their same experiences. I’m seeing that now with this next generation. They’re loving the sport just as much, and their talent level is even greater to the point I think our NHL numbers will just continue to grow.”

The New York Islanders’ Anders Lee is one of those 53 Edina-born all-time NHLers. He credits the coaching he received from the ground floor through high school.

“My [Edina High School] coach, Curt Giles, had a wonderful career in the NHL and you have all these guys that come back—guys like Mark Parrish, Shjon Podein, Jamie Langenbrunner—and give back to the game and take over these teams and cities and give back to the kids and create a culture where hockey continues to grow,” Lee said.

Terry Cullen has 11 grandchildren, many of whom have already hit the ice to maybe one day continue the Cullen hockey tradition to the NHL.

The eldest Cullen says there’s just something special about the sport of hockey.

“Hockey has some intangibles that people love the game,” Terry Cullen said. “I mean how many people will play the game at 40 years, 45, 50 years old and leave the house at 8:30 at night and get on the ice at 10 to go play a game for the love of the game? It’s pretty special, and unless you’ve done it, I don’t know that anybody else or any other state can understand what we have here in Minnesota.

After 12 seasons covering the Minnesota Wild for the Star Tribune, Michael Russo now covers the Wild and National Hockey League for The Athletic (theathletic.com/mn). He co-hosts the Russo-Souhan Show on mnspn.com and can be heard on KFAN (100.3-FM) and seen throughout the hockey season on Fox Sports North. Follow Russo on Twitter at @RussoHockey.

“We all kind of have our own little pocket of tradition, not just in Moorhead, but the Warroads and Roseaus and the Grand Rapids down to the Mankatos, Rochesters and now going into the Marshalls. We all feel real close knit with all of our alumni players in the past, and it’s like that pretty much all around the state and the goal is to have kids fall in love with hockey.”
—DENNIS BUSHY 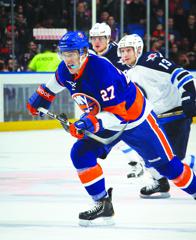 NHL Drafted Players Based on Place of Birth in the U.S. 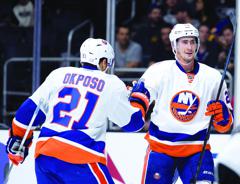