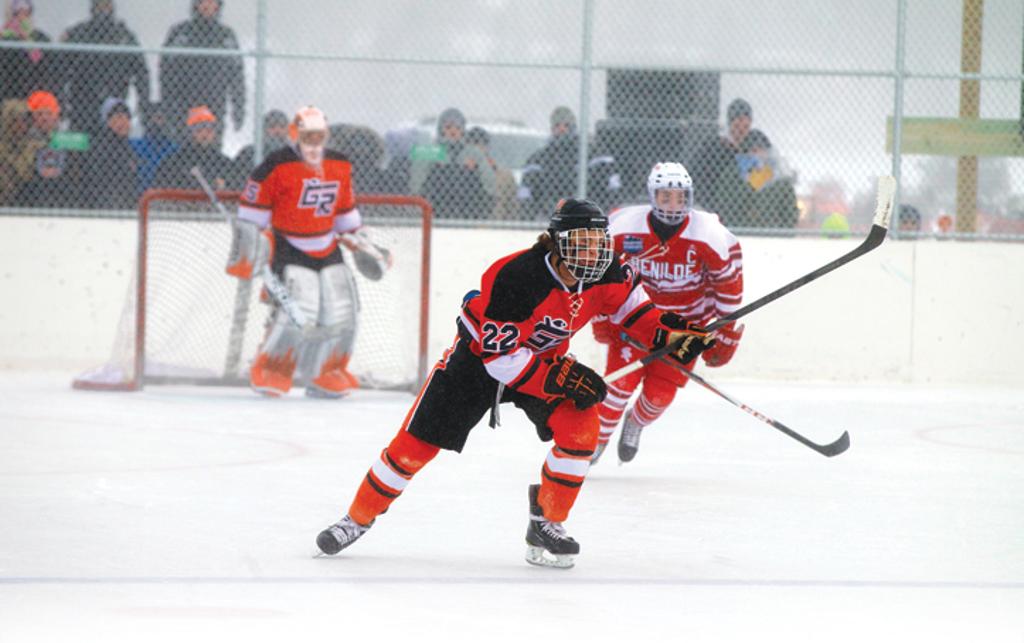 Jake Bischoff grew up playing hockey on the outdoor rinks in Grand Rapids, but never in his dreams could he imagine the scene on Hockey Day Minnesota.

MHJ: Hockey Day Minnesota. It was a thrill for us to watch on TV. How was it playing at home on Pokegama Lake?
Jake Bischoff: It was extremely special. Surreal. Our hometown – I feel like we have the best fans in the state. To get a win in front of them on such a special occasion was pretty cool and something I’ll definitely remember the rest of my life.

MHJ: You’ve probably played a lot of outdoor hockey in your day. But stepping out on that rink, with all the fans and TV cameras, did you just try and soak in that moment?
JB: Yeah, definitely. Words can’t even explain it. Just the whole experience the entire day was unbelievable.

MHJ: What about you and your teammates before you hit the ice? Did you ever really get settled in with that atmosphere?
JB: To be honest, I don’t think we ever did. It just flew by. The whole day almost seems surreal – just being out on the lake and fans screaming everywhere. Snowing, the wind blowing and everything – just, wow.

MHJ: The first game (Hibbing vs. Eagan) looked beautiful outside. Then 1 p.m. hit and it looked like pure chaos.
JB: It wasn’t all that bad. When you were skating into the wind it felt like you had a 100-pound backpack on you. It just drags you down. But I didn’t get cold or anything. That wasn’t a problem.

MHJ: Beating the defending Class 2A state champions from Benilde-St. Margaret’s had to add to the experience.
JB: It was a cherry on top. The whole day was fun regardless of how the game went. But to win for our town and for everyone there definitely made it a lot more special.

MHJ: You’re a baseball guy, too. Does that keep you fresh for hockey? Maybe give you a break from it all?
JB: Yeah. It’s nice to get your mind off it. I’m a big seasons guy. In the winter, I’m all hockey. In the summer, I’m all baseball. That’s all I did growing up. Once hockey season’s over, I’d grab my glove and start playing catch. And once that’s over, put the skates back on.

MHJ: Obviously a deep history of hockey in Grand Rapids. What was it like playing youth hockey there? Are you playing with a bunch of kids you grew up with?
JB: I’ve been with all of these guys since I was a little kid playing Mini Mites on the outdoor rinks. It’s pretty special to be seniors playing with them.

MHJ: Did you ever make it to a Minnesota Hockey State Tournament with them?
JB: Yeah, we did. We made it in Peewees and Bantams. I remember both of them very well. It was a blast. We made it to the championship games both times and lost, but it was still awesome. Just being a team, we loved the hotel experience and traveling together and everything.

MHJ: You’ll be yet another Minnesota native – and Grand Rapids native – that’s moving on to play Division-I hockey. Do you take pride in that?
JB: For sure. I feel honored and privileged. Definitely a lot of pride for the state and for my town, too. And it’s really cool that my dad played at the University of Minnesota, too, so I’ll be able to follow in his footsteps. Really looking forward to it. 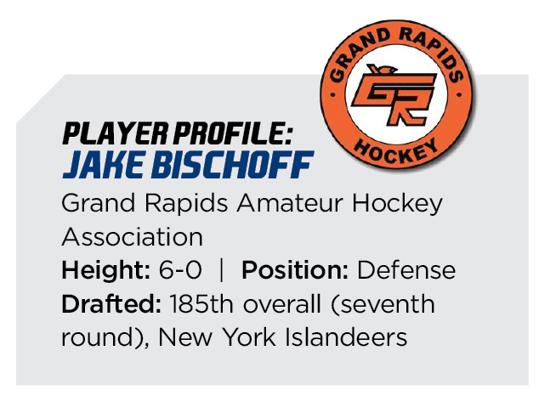 “I’ve been with all of these guys since I was a little kid playing Mini Mites on the outdoor rinks. It’s pretty special to be seniors playing with them.”