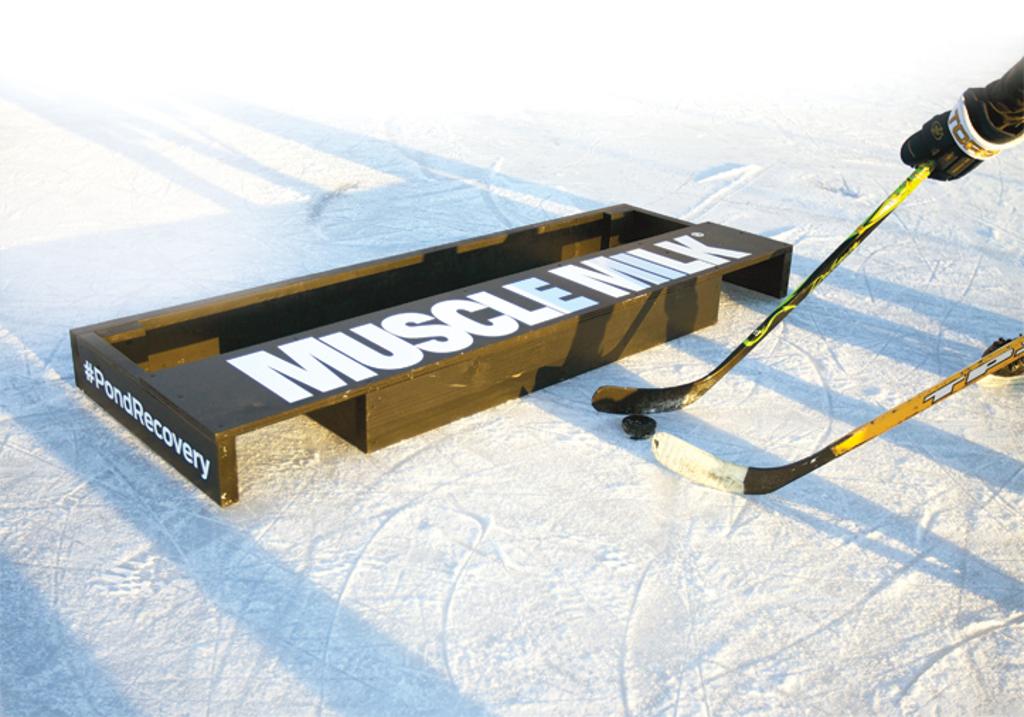 Pond Recovery nets such as this one are being dropped at outdoor rinks to encourage more outdoor hockey.

Skating outdoors at the local park captures the essence of the hockey culture in Minnesota. Best-selling author Ross Bernstein once summed up the experience to me this way: “It’s woven into the fabric of hockey’s tapestry in Minnesota.” The entire “outdoor adventure” is an experience, from the conversations that take place inside those dimly lit warming houses to what can be learned – and the creativity invented – from a day skating at the park. Many great players will tell you they developed their skills and creativity at the park.

Rather than rolling a bag into an indoor rink, there is something authentic about sliding the stick through the blades and heading off to the outdoor park with it slung over your shoulder.  But the outdoor experience really begins indoors, in the warming house. Perhaps nowhere else in hockey can you encounter such a mixed bag of players, all of whom share the simplest of desires: to just get out and play. Some have scored 274 goals at the park, but not a single one in a league. These players don’t have district championships or letter jackets– they have something much greater, and they share their stories as they are bent over untying their skates with their noses dripping onto the floor.

During a recent cold snap we made our way, two lines deep, down to the local park. It was just after New Years Day 2013, but it could have just as could have easily been 1983. Dozens of players were already on the ice, and as we made our way to the warming house and pushed open that big metal door, we were greeted by a room full of bags, shoes and that unmistakable warming house smell.

Funny how kids entering this quintessential hockey haven just soak it all up for the first five minutes. Eventually they decide to lace up the skates. But whether in Rochester or Roseau, the sights and sounds are always the same: conversations about the last and next game,  an old dented sign numerically outlining the Rules of the Rink, and a couple of wood sticks propped up against the wall that in the day produced goals, but from today’s players only giggles.

On this particular evening the kids were caught up watching a player on the other side of the warming shack pull a puck out of his bag and then insert a coin into a small screw on the side of the puck. I may have been the veteran amongst the young group, and I’ve seen a lot inside warming shacks over the years, but I couldn’t explain this one.

Turns out it was a lighted puck called a Lit Biscuit that is regulation weight and size, with a LED light in the center – turned on and off by the side screw – that is recognizable enough to use on dark nights, and perhaps just as important, bright enough to locate when it finds its way into a snow bank.

I talked about that cool puck for a week, including at the next outdoor skate, where the game that day was more about the goal frames than the goals scored. This particular park was the recipient of a couple of “made for the pond” hockey goals, custom built by Muscle Milk as part of their “Pond Recovery” promotion.  Muscle Milk employees have been randomly selecting outdoor parks and ponds to drop off these goals to encourage people to get out and enjoy hockey the way it was meant to be played.

Creativity is something pond hockey has always bred in hockey players. Turns out some local rink rats put that creativity to use with a couple of products that, for the next few hours, kept a game of 8-on-8 scoring with a lighted puck into the coolest pond hockey nets we had ever seen. And we left the warming shack that day with the same thought you always do when that big metal door slams shut.

We couldn’t wait for the next game in the great outdoors. 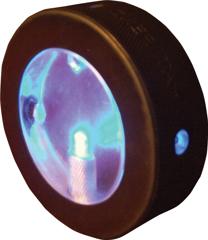 A night at the park never has to end when using a lighted puck.