From Bloomington to the Broadcast Booth

Mark Parrish, a product of the Bloomington Jefferson Youth Hockey Association, is in his first year of retirement after more than a decade-long career in the NHL that included 722 games and 387 points. Prior to his professional career, Parrish played at St. Cloud State for two seasons. He returns to his alma mater this year as the Husky color commentator on television broadcasts, joined by play-by-play announcer and Minnesota Hockey Journal contributor Jim Rich, who recently sat down with Parrish to talk all things hockey.

MHJ: What was your pre-game meal prior to NHL games?
Parrish: Mainly, out of a lack of creativity in the kitchen, I would have grilled chicken with Lawry’s on it. I’d prefer angel hair pasta, but if I couldn’t find it I would settle for any kind of pasta. And it always included Newman’s Own marinara sauce – that had to be on it. That being said, usually by the end of the year I would beg my wife to make me anything else.

MHJ: Now that you are a broadcaster, does that pre-game meal ritual remain?
Parrish: It is a little bit lighter. I’m not going so heavy on the carbs. I don’t think I burn off quite the calories that I did on the ice.

MHJ: What is the best advice you got from a coach?
Parrish: To just relax and play your game, and that there is a reason you got here. My first year with Florida, I was struggling a bit and losing a little confidence, and coach Terry Murray pulled me aside and casually asked me what my strengths were and what I did well. I told him and he said, then go out there and just do it – that I was overthinking things too much. It worked and I always would try to keep that in the back of my mind when I played.

MHJ: A lot of professional athletes are superstitious. Were you?
Parrish: I was terribly superstitious as a youth player. I had this one thing I had to do: On my very first lap around the rink I had to hit every corner of the net under the crossbar with the toe of my stick, and sometimes I would miss and I would have to stop and go back and touch it. Now I look back and I think, “What was I doing?”

MHJ: What sticks out in your memory of your playing days before Bloomington Jefferson?
Parrish: I absolutely loved the out-of-town tournaments. When I got on traveling teams it was great. During the Spirit of Duluth tournament we got to stay in a hotel, and I think we played more knee hockey in our room than we actually played real hockey. My poor dad’s knees had to be killing him from all the knee hockey we would make him play. I remember winning some tournaments, but I remember more the time I spent with my family and my teammates. Those are memories that will always stay with me.

MHJ: What is the toughest part of transitioning away from the NHL?
Parrish: Being part of a group of guys. That’s what makes team sports and hockey so special. It was so addicting for me to be a part of that team, and part of that atmosphere where you have 20-25 guys all pulling for one goal. That’s what I’ve missed initially the most.

MHJ: Should your children decide to play hockey, what do you want them to take away from the sport?
Parrish: I’ve learned so many life lessons through hockey. You get bad calls. You deal with adversity. You go through slumps where things aren’t working for you and you learn to figure it out – you just have to work through it. All of this is true in life as well. I just think there are a lot of life lessons you learn in hockey, and hopefully if my kids decide to play they will experience this as well. But I don’t know how well daddy will take it watching it all unfold up in the stands, I’ll tell you that! 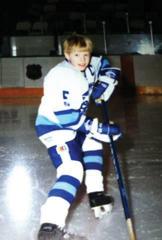 “I remember winning some tournaments, but I remember more the time I spent with my family and my teammates. Those are memories that will always stay with me.” 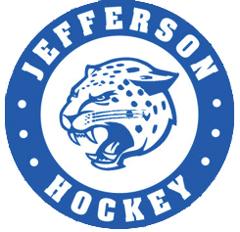