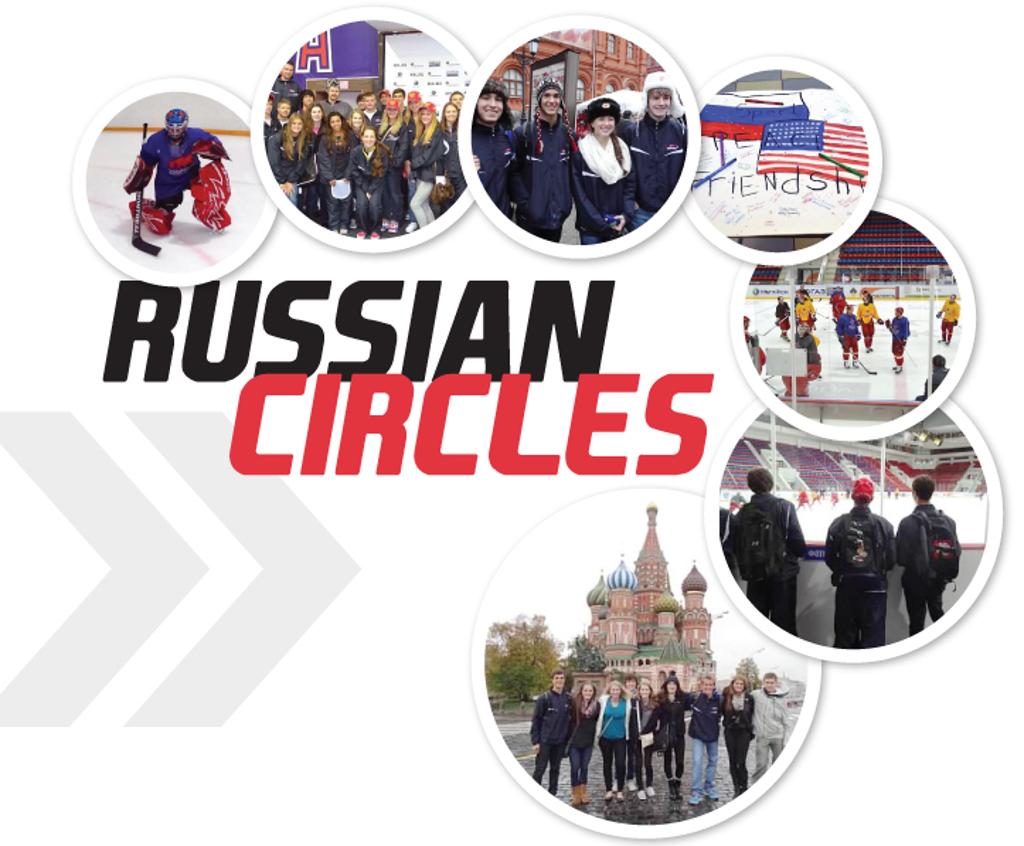 Herb Brooks was always a student of the game. He studied the many different styles of hockey and massaged them into a system that worked for his teams. The most notable example, of course, was the Miracle on Ice squad with their unheralded upset over the Soviet Union in 1980.

This past October, a group of Americans took a page out of the late Brooks’ book by participating in the Russian Exchange Program. A total of 24 players and coaches, including 12 Minnesotans, packed their bags for a 10-day trip to Moscow to get a taste of what Russian culture and hockey are like.

The Russian Exchange Program was formed through an agreement between the U.S. State Department’s Bureau of Educational and Cultural Affairs and the Russian Ministry of Sport, Tourism and Youth Policy. Last year 24 Russian hockey players came to Washington, D.C. – and now it was the Americans’ turn.

The 12 Minnesotans were accompanied by 10 skaters and two coaches from California with the goal of experiencing a new culture, meeting new people and learning the different hockey methods, teachings and lifestyles of another country.

It wasn’t just security guards and secretaries greeting the players and coaches upon arrival at the U.S. Embassy in Moscow.

“It was unbelievable,” he said. “They completely rolled out the red carpet for us.”

They’d eventually get to attend a few Kontinental Hockey League (KHL) games and meet other NHL studs Ilya Kovalchuk and Ilya Bryzgalov. Not too shabby. 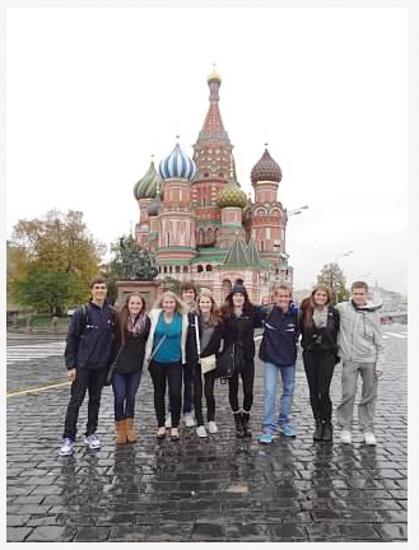 The group stayed at the Russian Olympic training center in Novagorsk – where all the Olympians and national teams train – just outside of Moscow. The Americans hit the ice every day with some of the Russian national U17 players, the girls’ national coach and one of the boys’ national coaches, along with Tuzik, Myshkin and Tretiak, who helped explain the Russian style of coaching, player development and day-to-day activities.

Emilie Brigham noticed a difference in their on-ice practices right away.

“There were a lot of skating drills in the first hour,” said Brigham, a senior at Anoka High School who is committed to Maine next year. “They focus a lot on skating and edgework.”

And it shows in their style of play.

“They’re all super good skaters and really good finesse players,” Newman added. “The difference there is flow. They don’t dump and chase.”

For Jess Christopherson, head girls’ coach at Coon Rapids High School, she hoped the players were able to see a different style of play.

“The European game is very well thought out,” Christopherson said. “They’re very good at supporting each other. There are always layers. There is always a pass back for every pass there might be up front.

“Our kids want to turn and go to the net right away and dump the puck and crash and have this big physical game.”

The daily joint hockey sessions ended in small-area 3-on-3 and 4-on-4 games – something the American Development Model has enthusiastically embraced – between the Americans and the Russians. It exposed some of the Americans’ weaknesses.

“We got beat up a little bit in those games because they were smarter than we were,” Christopherson said. “I think toward the end of the week our kids started to pick up on that a little bit, and hopefully they can take that back to their teams at home.”

Not a Year-Round Thing

One of the things that stuck out to the coaches was the encouragement of multi-sport participation.

“They said, ‘No, you have to have a break. When do you take a break?’ And I said unfortunately a lot of times parents and kids don’t allow breaks.”

“It was neat to see the, ‘you have to take a break, but you also have to play other sports’ philosophy,” Macho said.

Most Russian families live in large apartment complexes, which often surround a sports and recreation area for kids to play, train and have fun in several different activities. The Americans got to take part in a floorball game with the local kids immediately when they arrived at the complex. Soccer, handball, wrestling, karate and other activities are commonplace for the local youth, which ultimately help them develop a wide range of athletic skills.

Fill in some tourist attractions, Russian cuisine, and an opportunity to meet new people and experience a different culture, and this ended up being a trip of a lifetime.

“I was pretty nervous about it. It turned out to be more than I’d ever expected,” Brigham said.
Christopherson still has trouble explaining the adventure.

“It’s still pretty overwhelming,” she said. “Everyone asks, ‘How was Russia?’ I don’t even know how to explain it to you. It far exceeded any of our expectations.” 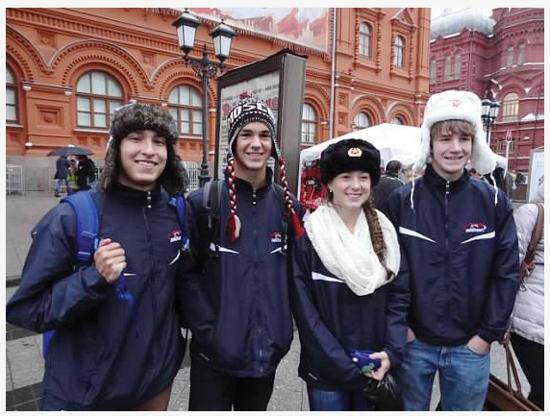 “It’s still pretty overwhelming. Everyone asks, ‘how was Russia?’ I don’t even know how to explain it to you. It far exceeded any of our expectations.” -Jess Christopherson 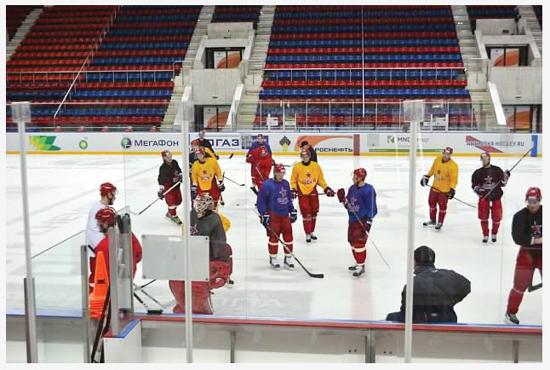 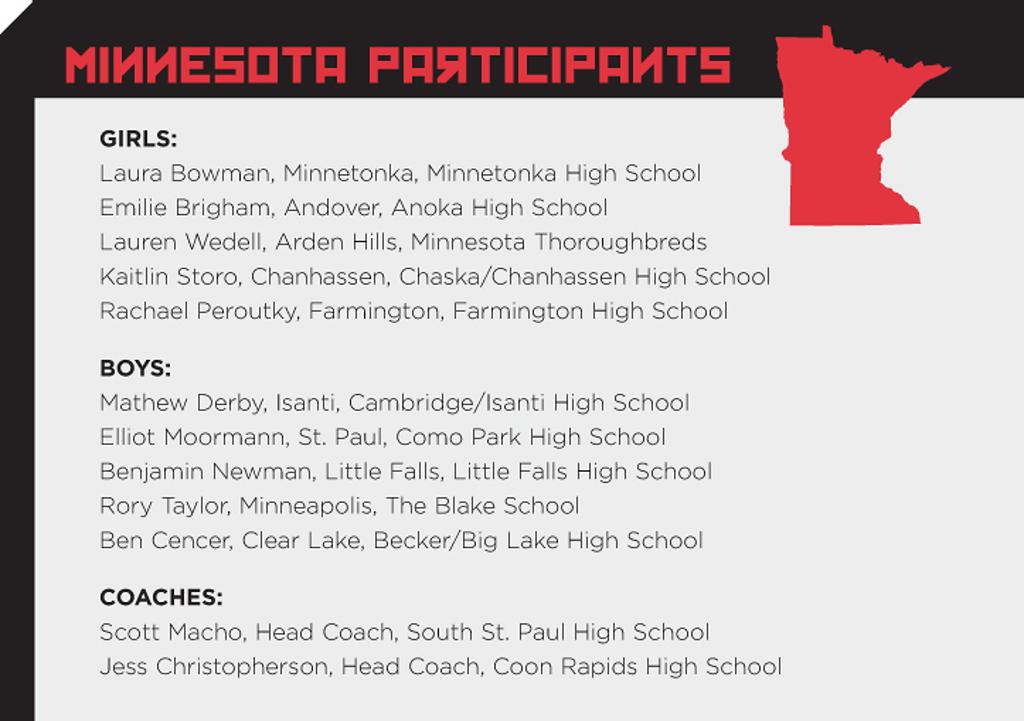