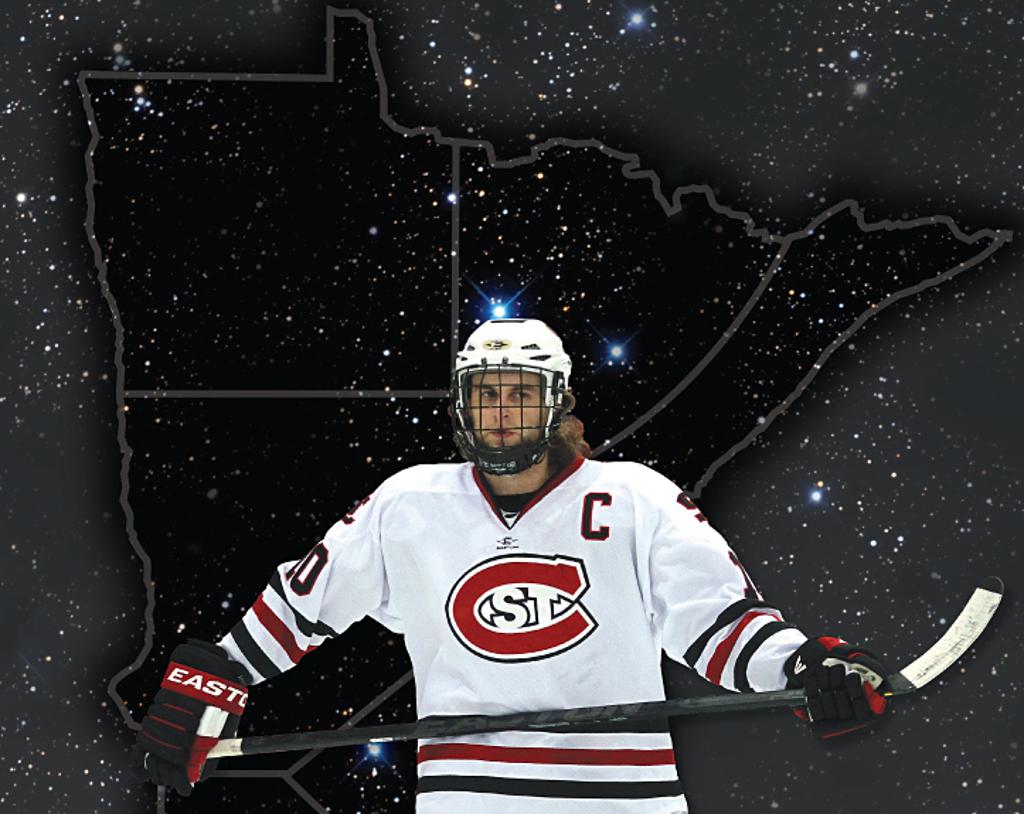 Great players can come from small places. For proof, all you need to do is navigate your way through Division I college hockey rosters this season.

Ben Hanowski, the Little Falls legend, is a shining example. The former Flyer is the most heralded college player from a small Minnesota town and one of the top forwards in the country.

He’s living proof that top talent is not only found and developed in large cities, school districts and associations.

“It’s more just about your work ethic and your passion about the game,” Hanowski said. “It doesn’t matter where you come from or how big your association is.”

And Minnesota Hockey has created a youth hockey model where community-based associations can thrive in their own local environment, no matter what part of the state they’re in.

“Minnesota is definitely a place where you can stay in your hometown and become a better hockey player,” Hanowski said. “You don’t have to go play Triple-A stuff that you see all over the place, where kids are driving all over or moving to different states to play for certain teams.

“You can stay anywhere in Minnesota that has some type of hockey program and become better and develop and maybe have a chance of moving on to play at the next level, whether it be junior hockey or college hockey.”

“Our community-based hockey associations provide more players with the opportunity to play hockey with their neighborhood friends, learning and developing their skills and a love for the game,” Margenau said. “With the support of the local associations’ volunteers and parents, a great player can come from any association, small or large.”

The 6-foot-2, 195-pound forward led the Huskies with 23 goals and 43 points last year as a junior and scored 22 goals during his freshman and sophomore campaigns. He is the senior captain at an upstart St. Cloud State program this season.

Just four years ago, he blew the lid off the Minnesota State High School League’s all-time single-season points record with 73 goals and 62 assists for 135 total points. He was then drafted in the third round (63rd overall) by the Pittsburgh Penguins at the 2009 NHL Entry Draft.

But before all that, Hanowski hit the northern rinks and local ponds at the youth levels in Little Falls. There were several benefits that came with his young Flyer days, including playing with his neighborhood buddies for an entire decade.

“Some of my fondest hockey moments were playing with my buddies from Little Falls,” he said. “We talk about the old times playing together back in high school and back to
Peewees, and there are a lot of good stories and memories of playing with the same group of guys for 10 years of your life. It creates a lot of special memories. You can’t get that anywhere else.”

Quality parents and coaches also allowed for an enjoyable and intimate hockey experience that would cultivate a serious passion for the game. Ben’s dad coached him and his friends up through Peewees. He was just one of many parents that provided an environment for the kids to develop, and most importantly, have fun.

“All the kids in my grade were good hockey players, but it was a great group of parents that really sacrificed a lot to allow us to develop and enjoy it,” Hanowski said.

That was true not only in hockey, but in baseball as well. Ben, a former baseball and football player, is a big proponent of multi-sport participation, another point of emphasis by Minnesota Hockey. He believes playing other sports helped him develop his true passion for hockey, but also allowed him to hone an all-around athletic skill set while keeping him mentally fresh every season.

“The biggest thing is not getting these young kids burned out,” Hanowski said of early specialization in hockey. “Kids should just be excited about playing the game, not playing it non-stop like it’s their job. My favorite sport every year was whatever season we were in. Hockey was never really my favorite sport until my older years of high school.” 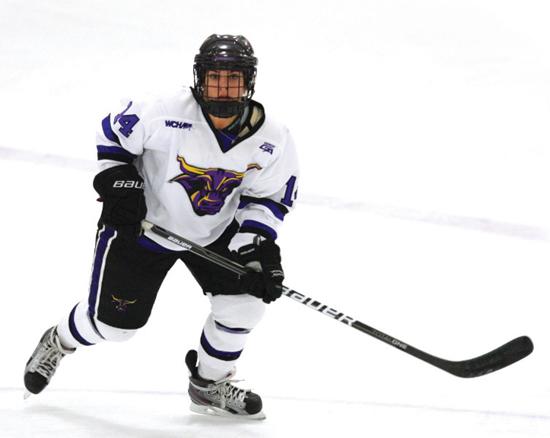 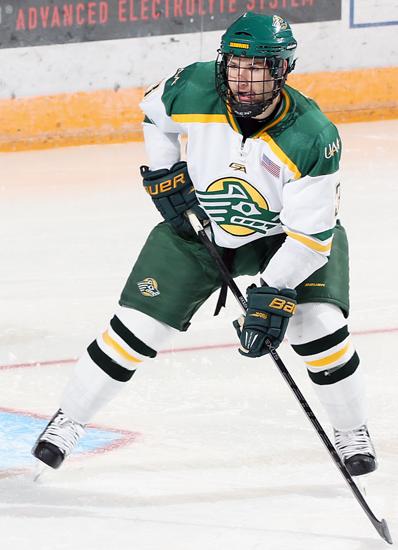 “You can stay anywhere in Minnesota that has some type of hockey program and become better and develop and maybe have a chance of moving on to play at the next level, whether it be junior hockey or college hockey.” –Ben Hanowski, Little Falls Youth Hocke

Magnusson grew up with the Fergus Falls Hockey Association.

“In a small town, you can just be yourself and know that your entire community is behind you,” Magnusson said. “Especially in a smaller community, you really make a lot of good friends and meet a lot of great families. I have been very fortunate to have the coaches and friends I have had along the way.”

Derek Docken came up through the Northfield Hockey Association. Now he’s playing college hockey in the WCHA for Alaska Anchorage, where he scored the game-winning goal in this year’s season opener.

Growing up, Docken would actually use his small-town status as motivation.

“I always used it as a chip on my shoulder when going to tryouts or playing on other teams with players from bigger schools — to prove to them that it doesn’t matter where you come from,” Docken said. “If you can play, you can play. And I think that really helped me get to where I am today.”

The Seawolves sophomore defenseman also praised the quality of coaches in Northfield, who were often parents.

“They not only taught me how to be a hockey player, but a good person,” Docken added. “I was fortunate enough to have my dad coach me throughout my youth, along with other players’ dads, which created a healthy, fun environment at practices and games.

“That’s why these community-based associations are such a great model for youth hockey, because you have certified coaches, who most of the time are parents, that truly enjoy being there. That makes it fun and easy for the players to develop.”

While a heavy amount of top hockey players come from cities and associations like Edina, Duluth, White Bear Lake and other more populated areas, that shouldn’t discourage anyone else from setting goals.

The Little Falls legend has a message for all the young players in the State of Hockey’s smaller associations.

“I think there might a perception that players need to come from bigger programs,” Hanowski said. “Don’t count out the small guys. We can play the game too.”