Woodbury native David Eddy has signed an NHL contract with the Calgary Flames.

Eddy, a forward, just finished his junior season with the St. Cloud State Huskies, tallying nine goals and 25 points -- both career highs. He signed the two-year, two-way deal as a free agent. Eddy will play for the Flames' minor league team, the Abbotsford Heat, to finish this season. His contract will begin next year.

Huskies head coach Bob Motzko thanked Eddy for his time at St. Cloud State, according to the school's release:

"We thank David for his contributions our program over the past three seasons and we wish him the best of luck with his professional career," SCSU coach Bob Motzko said.

“When we were informed that David had elected to forego his senior season we immediately informed his advisor that we wanted to make him a part of the Calgary Flames organization,” stated Flames General Manager Jay Feaster.

“David is a hard worker who goes to the high traffic areas on the ice and plays the game with grit and passion. He is the type of player who agitates opponents by the way he battles and competes. He is very strong on his skates and tough to move from in front of the net. At the same time, he has good hands and vision and we like his offensive instincts. We are pleased he has chosen to start his professional career with our organization and we look forward to his continued development.” 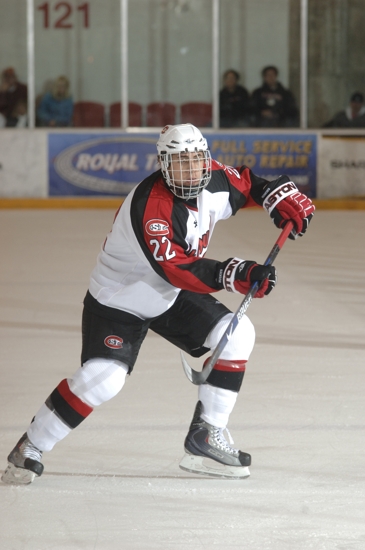