Miken Hockey is producing sticks, and plenty of them. Where? Where else?: The Turkey Hunting Capital of Minnesota 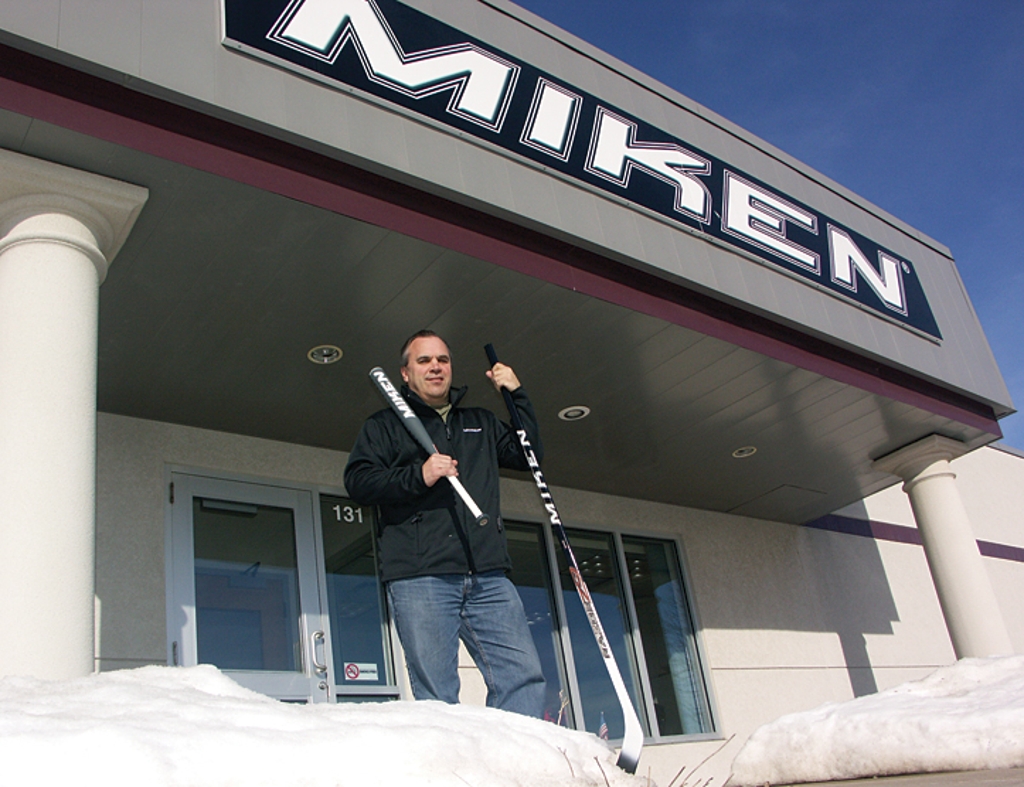 Shopping for a hockey stick is one of the great joys of being a player. Digging through rack after rack at the local sporting goods store, players have countless options of brands, curves, flexes and designs.

Christian Brothers is the company that for years quickly came to mind when talking about stick manufacturers located right here in the State of Hockey. So when you mention a company in Caledonia making hockey sticks, even lifelong Minnesota residents might be quick to assume that Caledonia is a city somewhere overseas, where most hockey sticks are manufactured.

However, just south of Rochester, in the turkey hunting capital of Minnesota – and virtually the opposite end of the state as the Christian Brothers plant in Warroad, a hockey capital of Minnesota – there are about 100 people that go to work every day with one thing on their mind: producing a great hockey stick. In this quiet little town just miles from both the Iowa and Wisconsin borders, hockey sticks, along with softball and baseball bats, are the name of the game.

Scoring A Goal That Started With A Home Run
What is happening on the ice with Miken hockey sticks actually began on a softball field more than a decade ago. In the late 1990s two guys named Mike and Ken (eventually the namesakes of the Miken company) started producing softball bats from carbon-fiber composite materials. Slowpitch softball bats were the first to enter into production, and initially the company found limited success among the giants in the bat industry.

There were many swings taken by staff members-turned softball players in those early days, as they literally swung for the fences trying to knock the idea out of the park. Then one day a staff engineer made a few suggestions about the construction of that bat, and the result was nothing short of a walk-off home run.

“When we tested our first bat with the new technology, every ball we hit went 50 feet further than it did with any other bat we used,” said Mike Rommes, who was the guy taking those first few swings and today is the sales manager for the company. “At the time we knew we had something big, but really had no idea how that bat would eventually impact the sport.”

Game Changer
With the revolutionary product in the hands of slowpitch softball players across the country wanting nothing more than to hit home runs, the Miken company quadrupled in size virtually overnight. Eventually, the group was purchased by Jarden, the parent company of Worth bats. Today the staff in Caledonia ships out more than 150,000 softball and baseball bats on an annual basis.

“We were making bats that basically changed the game of softball,” said Lisa Bahnub, Miken’s director of marketing. “Players were hitting the ball so far, and so hard, that eventually limits were put in place not only with bats, but also the balls.

“At the end of the day, our technology and materials are so far superior that our engineers had to back off and focus more on building to the specs and the rules of the game, rather than for the players wanting to hit the ball even farther.”

A Winning Combination
With a booming bat business centered around materials and technology that could be transferred to other sports, it was a fairly natural transition into hockey for the company.

“Part of the reason our engineers were, and are, so excited about our hockey sticks is that, unlike softball bats, there are no limitations placed on them,” says Bahnub. “Since there are no regulations in terms of the materials in a hockey stick, we can really maximize our technology utilizing the highest grade of aerospace carbon fiber.”

Flex is the focus on the latest line of Miken sticks. The first stick came out of production in 2010 and, with the consultation of product development advisor Brett Hull, the company is positioned well with the debut of their Razor Z9 stick this season.

“The Razor’s blades are hand-crafted and have optimal blade weight to overall stick weight ratio,” says industry veteran Steve Ulseth who is a Miken sales rep. “The result is a stick with great balance, and one we believe is the best in the game.”

The Miken stick has made its way from Caledonia to the NHL, and is currently being used by players including Minneapolis native Matt Smaby of the Anaheim Ducks.

“The sticks have been very well received by players from the Peewees to the pros,” says Ulseth. “When we consider the domination we have had in the bat market, we are very excited about our future in hockey.” 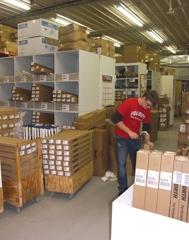 Miken is using similar technology in hockey sticks that was used to make the number one bat in softball. 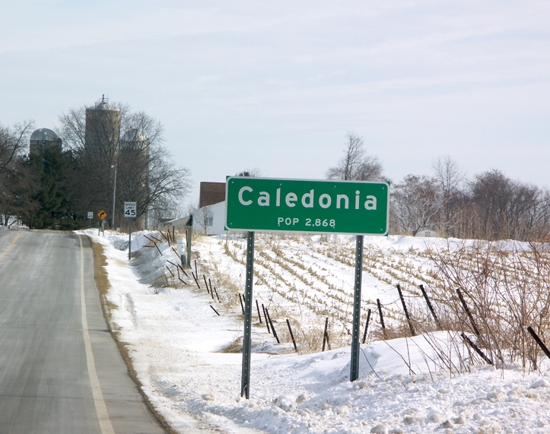