The Road to State

Peewee A
Edina has won three out of the last four championships, which they also accomplished in 1968-’72.

Peewee B
Wayzata or Edina has won four of the last five championships.

Bantam A
Eden Prairie has won three out of the last five championships (Woodbury and Wayzata won the other two).

Bantam B
Osseo/Maple Grove is the defending champion, and is the only two-time champion since the tournament was resurrected in 2005, the same year they won their first title.

Junior Gold B
Woodbury is the defending champion, having knocked off Wayzata last season in their bid to win back-to-back titles. Lakeville is the only team to win two championships (2008-‘09) since the tournament started in 2005.

Junior Gold 16
Centennial played in five consecutive title games from 2006-‘10 (2006 champions), but no team has ever won two titles at this level as seven different champions have been crowned since 2005.

12U A Girls
In the 13-year history of the tournament, no one association has won more than two titles, and four teams have each won two titles (South St. Paul, Roseville, Edina, White Bear Lake and Centennial).

12U B Girls
Seven tournaments have been held, and seven different associations have won a championship.

14U B Girls
Minnetonka is the only association to claim two titles at this level, the first coming in 2007 and the second in 2009. 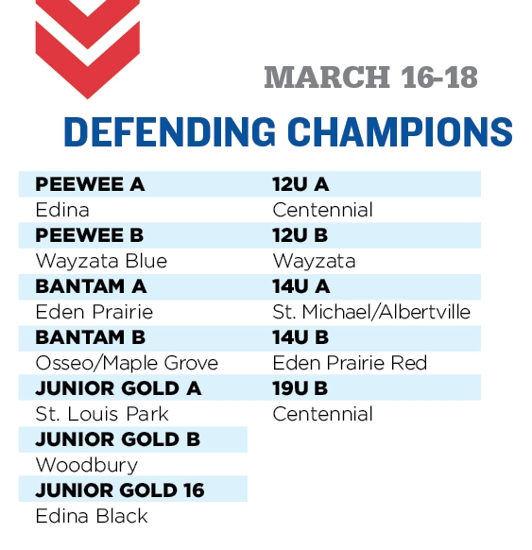 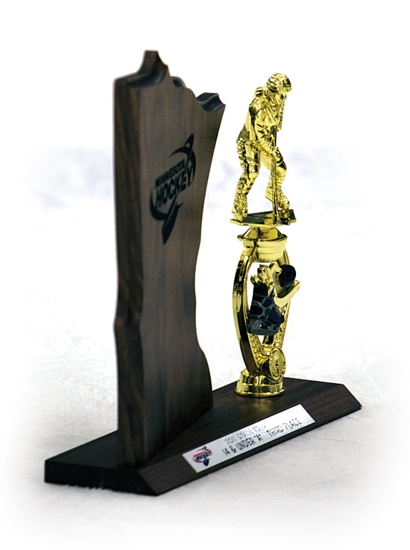 Associations with Most State Championships:

⇒ 12U A, 14U A, Peewee A, Bantam A and select Junior Gold tournament games will all be broadcast (audio and video) online on MSBN (Minnesota Sports Broadcast Network). 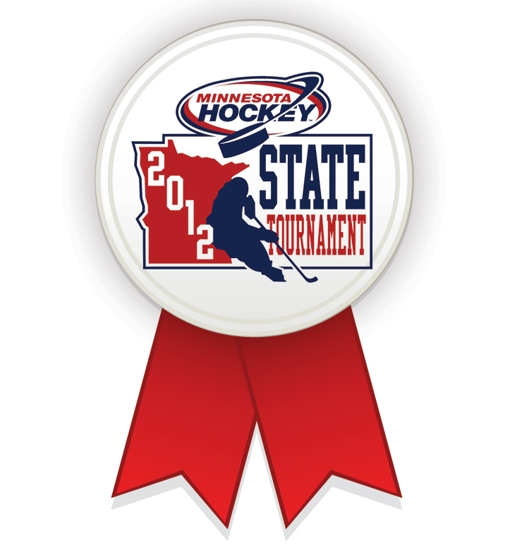