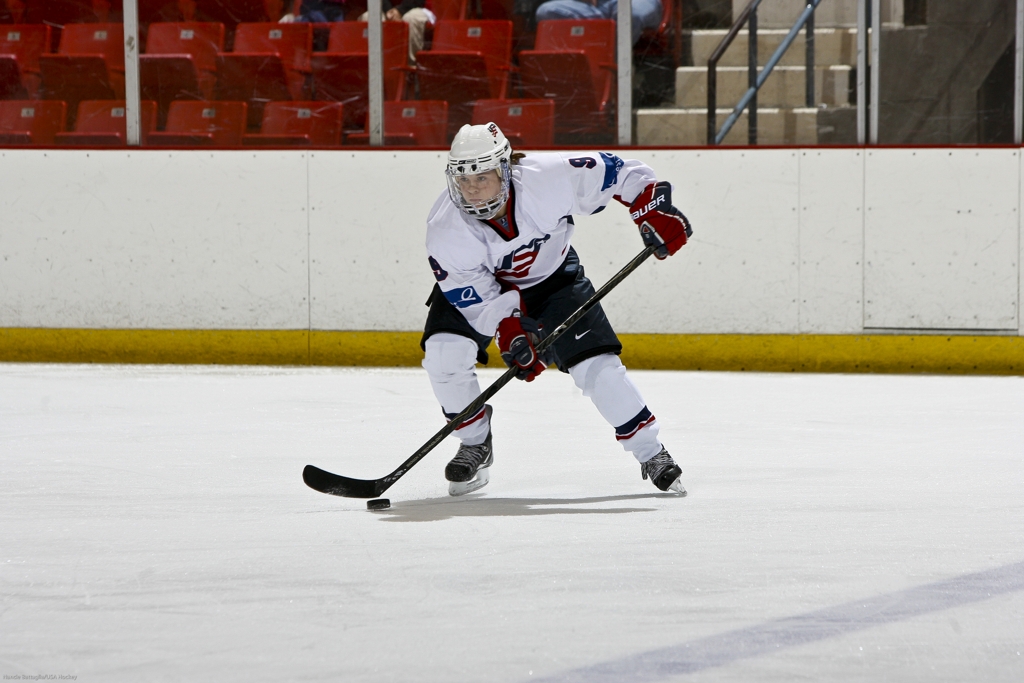 Hill-Murray is a hockey school. No one can deny that. Traditionally overshadowed by the boys' team, superstar forward Hannah Brandt is shedding a new light on its budding girls' program.

Brandt, a Gophers recruit, scored 70 points in just 26 games as a junior, including 45 goals. That's an average of 2.69 points per game, coming in a schedule filled with many of Minnesota's top high school teams. She led the Pioneers to the Class 2A state tournament and will carry the team on her shoulder this year as a senior.

In her first game of the 2011-2012 season, Brandt tallied three goals in the Pioneers' 5-3 victory over Lakeville North. She packaged eight hat tricks last year, including a six-goal performance in December.

After skating with some of the best women's hockey players in the world this offseason, it's safe to say she'll surpass her 2010-2011 totals.