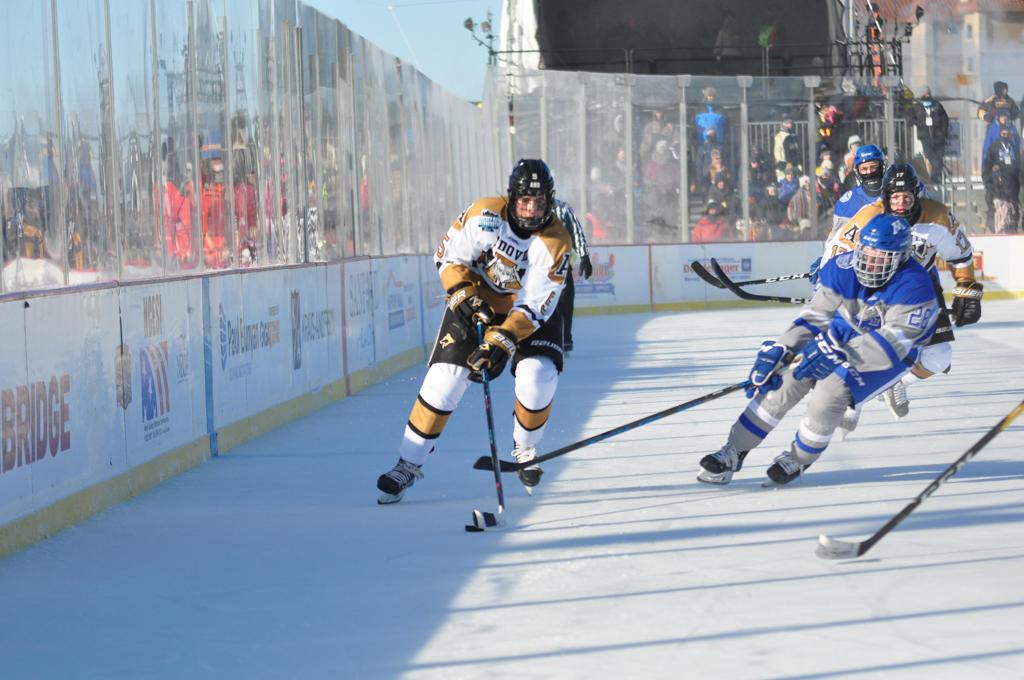 There’s this aura of confidence about Wyatt Kaiser, the top-rated Minnesotan in the 2020 NHL Draft that will oddly take place, tentatively, Oct. 9-10 because the pandemic pushed the completion of the 2019-20 season to the summertime and the awarding of the Stanley Cup to the autumn.

“Picture this,” Minnesota Wild director of amateur scouting Judd Brackett said of Kaiser, the former Andover High School captain and incoming freshman defenseman at the University of Minnesota Duluth. “You come into a room full of scouts and you’re trying to impress them and be a hockey player, and he’s telling us about how he enjoys … ceramics! I absolutely loved it. He just went on and on about ceramics. This is a kid that’s comfortable in his own skin. Just a smart, smart kid with a good head on his shoulders.”

You do have to hand it to Kaiser.

He was only 17 at the time he spoke with hundreds of scouts back in June, yet impressed and impressed with his casual, happy-go-lucky attitude.

Even though this is the most exciting time of his life—his college career is uniquely starting in the same month that he’s expected to be drafted by an NHL team—he has no expectations when it comes to the draft and simply wants to go to a well-run organization and have a good first college season for a proud, successful program in Duluth run by the well-respected Scott Sandelin.

After the disappointment of losing out in the state tournament and the sting of his successful high school career coming to an end this past spring, Kaiser prepared hard to go to Buffalo, N.Y., for the annual NHL scouting combine. But like so many things, the combine was cancelled due to COVID-19.

So, Kaiser never got to show off for the scouts when it came to fitness testing and never got to interview face to face with the scouts of 31 NHL hockey teams. Like all of us in this weird new world, Kaiser got really, really comfortable in front of the laptop camera talking to scouts virtually.

“I Zoom interviewed with probably a team every day for about three weeks,” Kaiser said, laughing. “So, it was pretty busy. I learned how to interview pretty well and talked to a lot of people, which was fun to meet a bunch of new people and talk hockey and things I like doing.”

The other is golf.

Kaiser, other than a couple 5-on-5 hockey practices each week of the summer at Augsburg to prepare to go to UMD, got really good at satisfying “my golf addiction.”

The State of Bread & Butter Prospects

As for hockey, Kaiser sits atop a 16-person list of Minnesotans ranked by the Central Scouting Service for this upcoming draft. He stands at No. 37, which could make him a second- or third-round pick if NHL teams accept those rankings.

This is not expected to be a year where Minnesota has a first-round pick in the NHL Draft, but there’s a lot of depth.

“It doesn't have that star power, like that top line guy. There's not a (Casey) Mittelstadt or a Nick Bjugstad,” Brackett said. “But I still think there's always quality players in Minnesota. You’ve got Faber with the (U.S.) National program, Wyatt Kaiser, for sure. There's bread and butter, really good skaters and hockey sense is sort of the calling card of Minnesota.

“And there's going to be players moving on to college next year that are going in this year's draft. It just doesn't have the typical sort of star power, but I wouldn't call it a down year. There's always players in Minnesota—good players.” 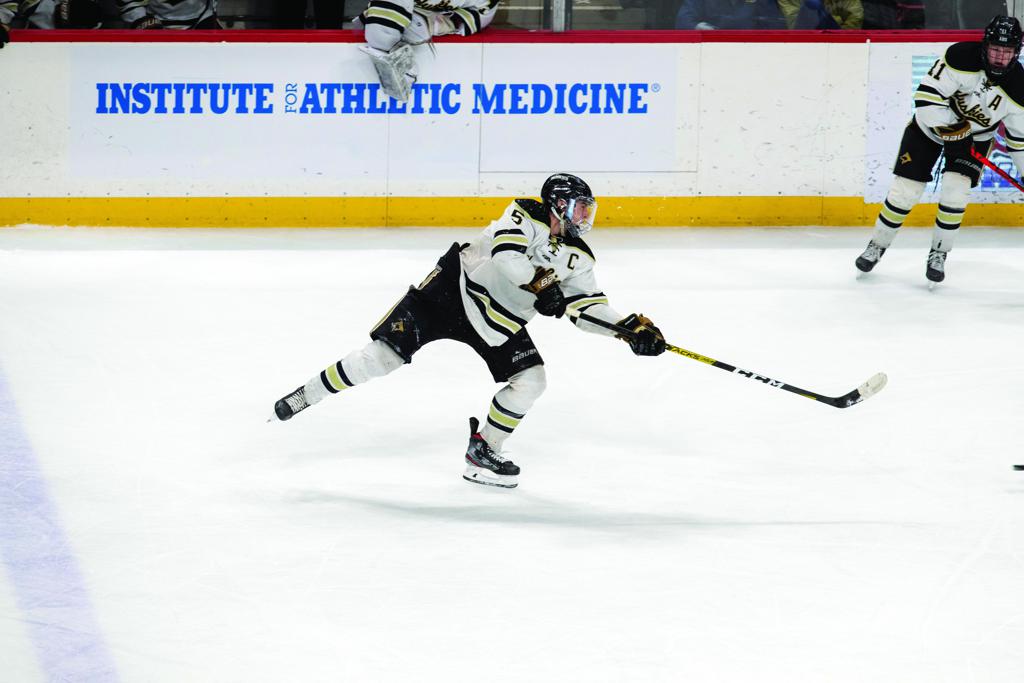 This was also a weird year for scouts.

Scouts like to see players in big games, yet many of those big games and events like the Frozen Four were canceled.

At least scouts got to see the state high school hockey tournament.

“It was full steam ahead up until everything ended in mid-March,” said Vegas Golden Knights scout Keith Hendrickson, a former UMD Bulldog and longtime coach at Virginia. “After that, we didn't know when the draft was going to be until, geez, I don't know, sometime, probably mid-June, I think.

“Not being able to scout kids through the end of March and April. that doesn't help any of us no matter what team you work for. So, we’re doing a lot of video scouting right now just to refresh our minds for the October draft.

“Cutting the season short had a negative impact, I'm sure, on most teams. And they were looking forward to watching a lot of the players that they liked the most playing playoffs. We just didn't get the live viewings leading up to the draft as we normally would. So hopefully, we got to see the kids that we like a lot, more than just a few times before it all stopped. But the playing field is level.”

Kaiser didn’t come into the year as a projected second- or third-round pick. Scouts say he was USA Hockey’s fourth or fifth best defenseman at last summer’s Hlinka Gretzky Cup, but he continued to soar all year and his stock rose sharply the last two to three months of the Huskies’ season.

“I really started to get noticed coming out of bantams,” Kaiser said. “It was in bantams I feel like everybody was still worried about scouts, and at one point I was kind of like, ‘I don't really care anymore. I'm just trying to play to have fun because I love the game, trying to get better.’ As soon as I started thinking like that, I just started playing, I think things started just going right. Started getting a little bit better mindset, and I grew a little bit.”

Kaiser’s sophomore year of high school, he says he was about 5-foot-5. Now, he’s nearly 6-foot.

“So that helps for sure,” said Kaiser, who grew up trying to emulate the Chicago Blackhawks’ Duncan Keith. “But my high school coach just said, ‘Just learn what you can. Don't look too far in the future. Believe you're going to be really good player.’ And I did. I just kept working, kept trying to learn things about the game. You never can know enough. And then it was that first U-16 year, national camp was when all the scouts started coming.”

And the scouts really like his game because he can do a little bit of everything.

“He’s very cerebral,” Brackett said. “Outside of hockey, I think he thinks a lot and processes, and that’s how he plays the game, too. He’s got a really good brain, good feet, he plays with poise. I think that’s why he can go to Dubuque to play junior hockey, he’s able to step right in seamlessly, then come back to his high school team and lead by example. I think when he gets to Duluth, you’ll start to see because he can move the puck so efficiently that his offense will start to come.” 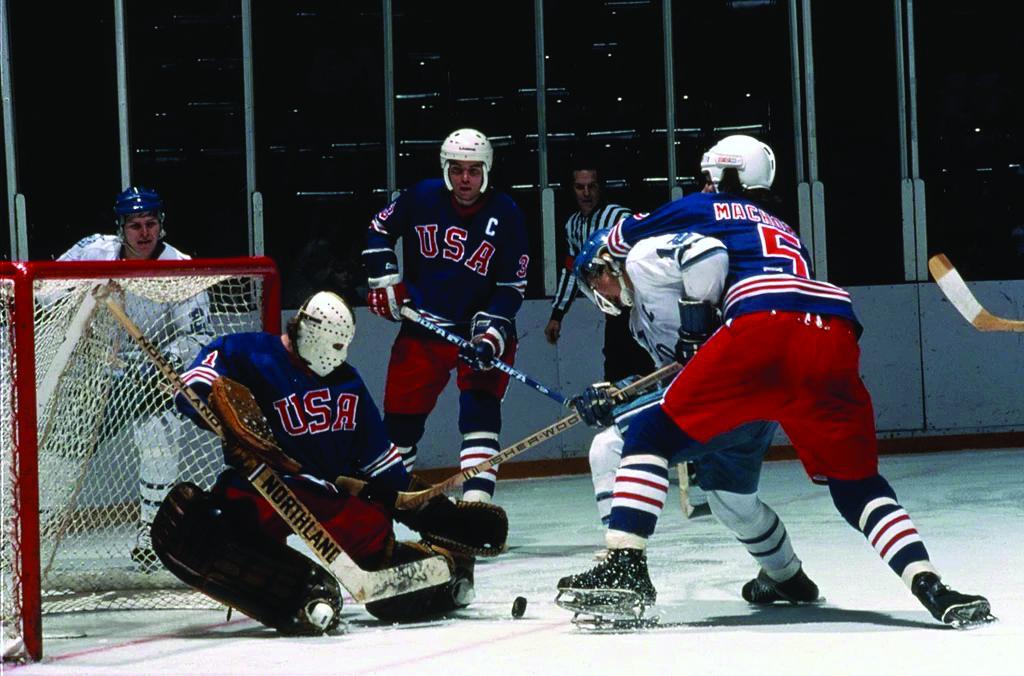 He comes from a family of athletes.

His mother, Sara, played basketball in Warroad. His father, Donny, who grew up in Coon Rapids, played college football at North Dakota. His sister, Madison, will be a junior at Andover and is committed to the Gophers. And his grandfather, Blane Comstock, 70, was a goalie at Roseau High School, Bemidji State and played on the 1976 Olympic team.

Kaiser tried to take about his grandpa and play goal early his career, but then he gave up nine goals in a game and was like, “Yep, I’m done. I don’t want to do that ever again.”

“But I was always trying to keep the puck out of the net defensively, not goalie-wise though,” Kaiser chuckled. “My grandfather has always been like my best friend. We'd always hang out. He's a goofball. He loves to mess around, but it was never really talking hockey. He never forced it. I don't hear a whole lot of stories from him. He's got pictures and all kinds of mementos, but we never really talked about it a whole lot to be honest.

“It was kind of growing up, he’d go, ‘Do whatever makes you happy.’ He never was like, ‘Hey, play hockey, do this.’ He'd come watch games, support, but not say a whole lot.”
Kaiser was bummed the NHL cancelled the Draft in Montreal. He was hoping to see the treasured, fun city for the first time. But now, like almost everything, the draft will be conducted virtually.

It’ll come at an exciting time for him because the Bulldogs will be preparing for their tentative opening weekend at Northern Michigan.

“I think the school is trying to do a little bubble type thing for us hockey players, so I’ll probably be online in my dorm room in college with some of my buddies,” Kaiser, who plans to get a business degree or something in a scientific field, said. “It's an exciting time. It's a lot of unknown. Kind of flipping a new page in the book, going off on your own, doing some college, playing some new hockey at a different level, being drafted. It’s crazy to think about, but fun, too.”

Michael Russo writes for The Athletic. He’s entering his 16th season covering the Wild and 26th covering the National Hockey League. He hosts the Russo Hockey Show on talknorth.com and Straight From The Source podcast on The Athletic. Both podcasts can be heard wherever you get your podcasts. Russo can be heard weekly on KFAN (100.3-FM) and seen throughout the hockey season on Fox Sports North and the NHL Network. Follow Russo on Twitter and Instagram at @RussoHockey. To subscribe to The Athletic at a 40 percent discount ($2.99 per month), go to theathletic.com/straightfromthesource.