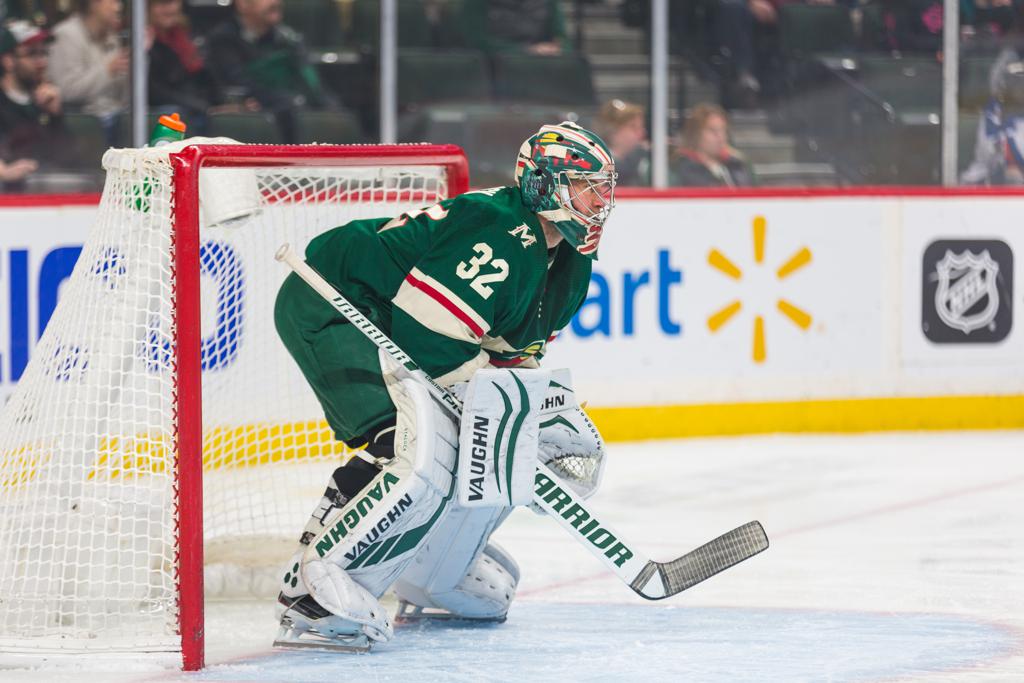 Move to Minnesota from out of state, refer to Hall of Famer Phil Housley in print as being from St. Paul, and you will soon hear the wrath from people who hail from the city of South St. Paul.

“Like we’re not from the south side of the city of St. Paul. It actually is a city,” Wild goalie Alex Stalock said, laughing. “I remember looking at magazines when Phil Housley was still playing, and you’d see in the program that Phil was from St. Paul.

Sit down with Stalock, and you fast realize this fact.

He’s proud to be from such a hockey-rich community, one that introduced us to legends like the late Doug Woog and Housley, current players like himself, his cousin, Adam Wilcox and Justin Faulk, and a proud high school program that’s celebrating its 75-year anniversary this 2019-20 season.

“You had the stockyards years ago, but now with that being gone, it’s really a city for the citizens that live there. It’s just a unique town,” Stalock said. “Growing up, it was that small-town feel. You’re like 10 minutes from the Xcel, but yet you're in like this small town that's so close knit and families are … somehow everybody's related.
“There's names in South St. Paul that have been there for years and years and somehow that person’s related to this guy and this person's related to that guy. So you're going to school with all these people that have deep South St. Paul roots. My parents grew up there, they were high school sweethearts, so my friends, they know my friends’ parents. It was almost like a typical Northern Minnesota town only right in the middle of the (Twin) Cities. Those small communities, they take so much pride in the history that it’s had. Just go into Woog Arena and look at how many State Tournament banners are hung up.

“Men’s have to be in the 20s and 30s by now, and the women’s, we had one of the first premiere programs in the state.” 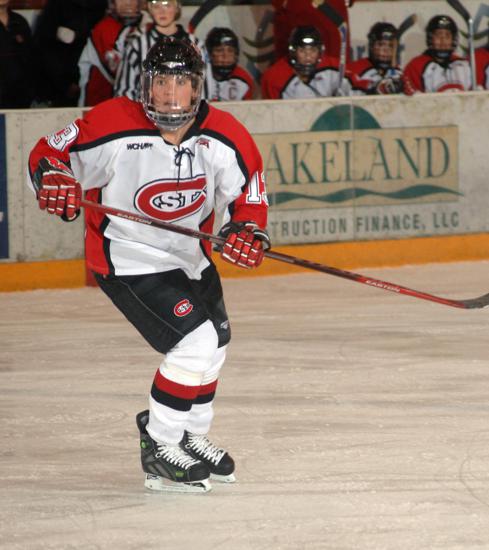 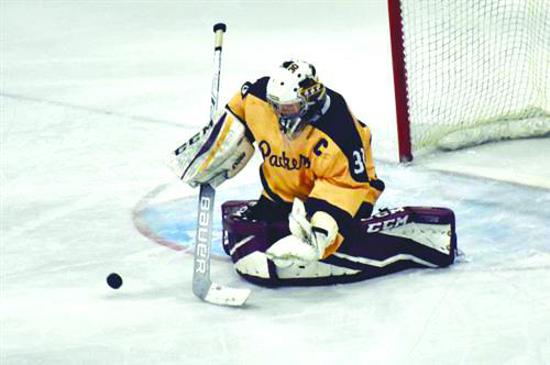 Like his parents and his brother, Nick, Alex married his high school sweetheart, Felicia Nelson, who was an outstanding hockey player herself at St. Cloud State while Alex was tending goal at University of Minnesota Duluth. In high school, Nelson was a top scorer, being a Minnesota Ms. Hockey finalist in 2005 after a 54-goal, 103-point season.

Today, Alex and Felicia are proud parents to a young boy and girl.

“We had a unique hockey history,” Stalock said of South St. Paul. “When I was growing up, like Jason Seils, was one guy that you’re like, ‘Holy Cow.’ We had older brothers on the team, so the first time you started going to high school games, you’d be like 10 or 11 years old running around the rink. I remember being so nervous during those games. They'd be down a goal, like two minutes left and I'd be like so mad. You’re so into it and you want them to win. It was just such a passionate thing. That’s where you went every Tuesday, Thursday and Saturday. Everybody met at Wakota Arena and the place was packed. I didn't realize how cool it was until now to go there and watch warmups and be standing on the glass and watching a game. It was the one thing you looked forward to every night.”

In early January, South St. Paul announced its all-75 team, one in which Stalock made. He would have loved to have gone to the event at Woog Arena, then the guaranteed post-event bar outing at the Croatian Hall. But he was starting a game for the Wild the next day.

Stalock would have also loved to have gone to honor Woog, the U.S. Hockey Hall of Famer and former Gophers player and coach who died at age of 75 in December. Woog was a first-team all-state player in three of his four seasons at South St. Paul in the 1960s, leading the Packers to four State Tournament appearances. Woog’s No. 7 jersey was retired by the high school in 2010.

“He’s South St. Paul,” Stalock said of Woog. “When you shook his hand and talked with him, he had all the respect of a person. He was an unbelievable leader. What he did at the University (of Minnesota), South St. Paul along the way, he was an incredible man. I appreciated every time I got to see Doug. When he gets going on a story or you can get him on a story, it was something that he could still go on pretty good. He was a special man.”

Stalock’s Packers advanced to the State Tournament in 2004, where they lost in the semifinals. They had a crazy game against Breck, who was loaded with players like Blake Wheeler and the Fulton brothers.

“They had all these kids that were committed D-III or D-I. Private school, you know, like Hill Murray is today,” Stalock said. “Little ol’ South St. Paul playing against powerhouse Breck. You know what I mean? Like, we had no chance in this game, yet we played them to a 3-2 loss.”

Why Minnesota Hockey Is So Special

What Stalock misses most about his childhood is those close-knit friendships among teammates that grew up playing together from squirts to high school.

“With the tournament coming up, I think about that a lot this time of year. Kids should cherish it because you’ll never get that sense of team again. Just once you get out of high school, it’s hard because guys are living in different places and start their lives. But it’s funny, you get together with these guys at a wedding or a bachelor party, it’s story after story. I know it sounds so cliché, like everybody talks about, ‘Oh, high school hockey,’ but if you don’t really experience it, it’s so hard to explain.” 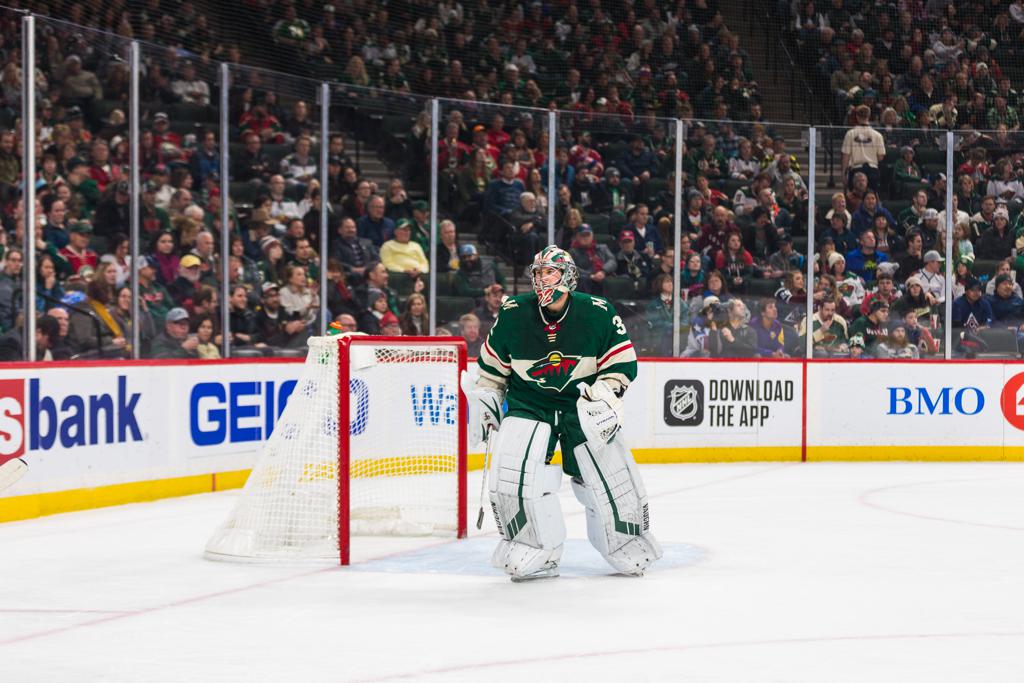 Stalock went on to play seven years in the San Jose Sharks organization before fulfilling a dream by signing with the Wild as a free agent in 2016. He’s in his fourth season with the franchise and third as Devan Dubnyk’s backup. While Stalock may be undersized for today’s NHL goalie, he makes the game fun with his athletic, aggressive style and willingness to stray way out of his net to play the puck.

It’s special that Stalock can play NHL hockey at home in front of his parents, Cindy and Brian, his brother, Nick, and his many extended family members.

“Every night is unbelievable. Every day. Going to practice here, all that stuff,” Stalock said. “I remember in the early 2000s going to the Wild games and being like, ‘Holy Cow, this would be so cool.’

“You never think it's possible. Now to put the jersey on, you're playing for those 10-year-old boys and girls that want the Wild to win every game. I go on fishing trips and I go into the bars up in Northern Minnesota and you see how passionate these people are inside these little 20-seat bars. They got sports on. You can only imagine how excited they get when you win. You understand it now as a Minnesotan, what it's like to play for a professional team in Minnesota.

“When you're winning, it’s awesome. And when you're losing, the fans wear it, you wear it. Everybody goes through it together in Minnesota. It's a different sports market. It's like no one understands what it's like to be a Minnesota sports fan, until you're in it, and obviously playing for it now, it’s that much more. You're pressured, you want to win and you want to be the first team to bring a Cup home. It would be unbelievable what it'd be like here. People would be, it'd be nuts.”