A Cyclone To Be Reckoned With 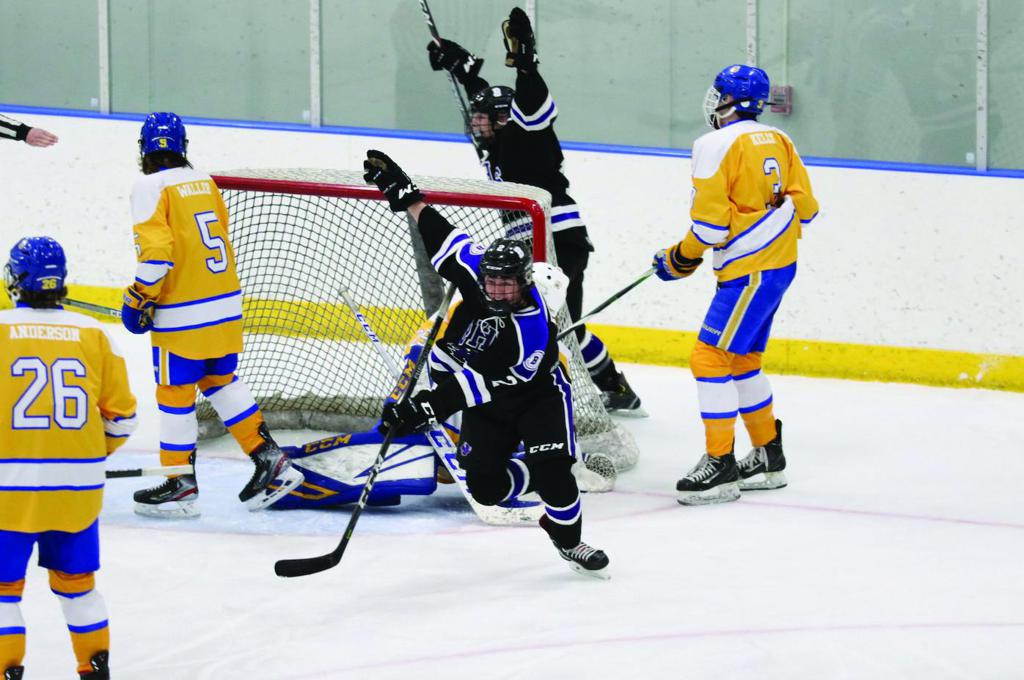 For most high school seniors who will play college football this upcoming fall, this time of their lives is spent finishing up the school year and preparing for the challenge of playing at the next level. Some even leave school early to join their college team and train at their future university.

But for Buffalo High School senior and future Iowa State Cyclone Michael Tweten, that isn’t the case. Yes, he’s getting himself ready to play college football at Iowa State. But he’s also skating as a member of the Bison boys’ hockey team.

It isn’t surprising that this is how Tweten is spending his final stretch of his high school career. For his entire time as an athlete, he has been playing in numerous sports. Tweten has enjoyed his time as a multi-sport athlete. That experience also paid off as it helped him land an opportunity to be a part of a major Division I college football program.

From a young age, Tweten has been involved in some sort of athletic endeavor. He’s played a multitude of sports. Aside from his two current sports – hockey and football – Tweten has also played lacrosse and ran track.

“I’ve always wanted to keep myself busy,” Tweten said. “Playing multiple sports has been a great way to stay busy and stay active.”

The commitment to playing a variety of sports is not just on Tweten. It also meant work for his parents, whether it was dropping him off at games and practices or supporting him at games or events throughout the year.

“They’ve been supportive of me no matter what I wanted to do,” Tweten said. “Whatever sport I’ve told them I wanted to play, they’ve been 100 percent committed to helping me.” 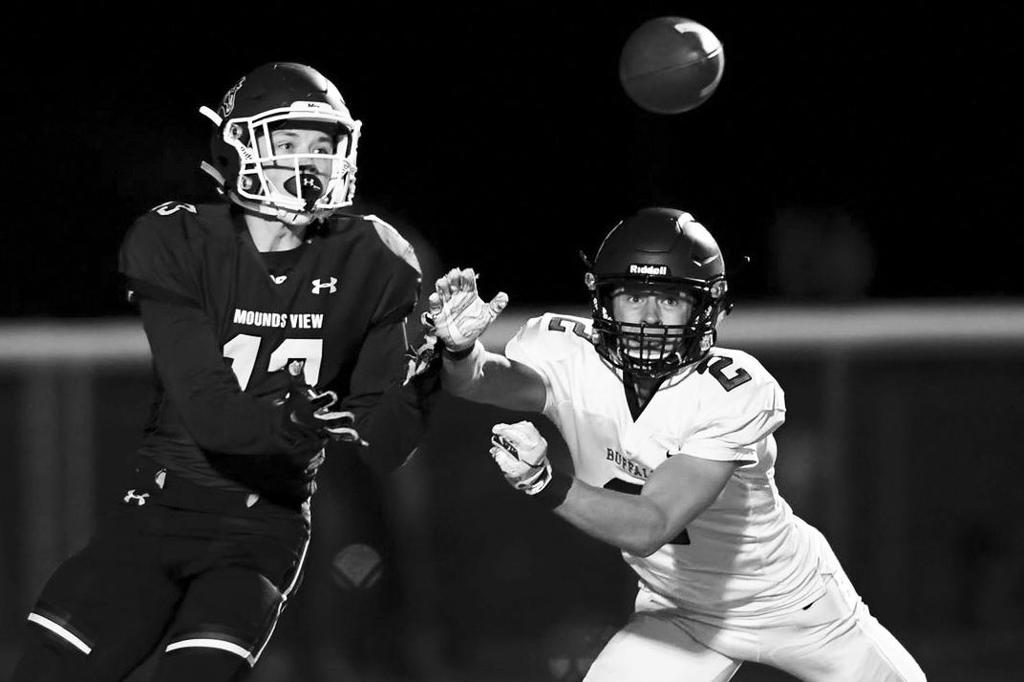 Heading into Buffalo High School, Tweten was joining an athletic program that routinely has top-tier athletes competing in multiple sports.

“We’re considered a big school,” said Todd Bouman, who previously served as the Bison varsity football coach before resigning following the 2019 season. “We have to have numerous kids playing multiple sports for us to be successful.”

Bouman first saw Tweten as a freshman football player. Throughout high school, Tweten was among those who not only was on the football field for Buffalo but also played another sport. For Tweten, that meant hockey.

“Everyone is super understanding of what we have to do when playing more than one sport,” Tweten said. “We know it takes time and it keeps everyone busy.”

Aaron Johnson, the Bison boys’ hockey coach, met Tweten a few years earlier. He saw a kid who came into the high school program as someone who had developed athleticism from playing multiple sports.

“Whenever he’s been here with us in off-ice stuff, he’s always been the fastest,” Johnson said. “You see the athleticism right way.

“Whenever we do a new lift or a new movement, he does it with ease.”

Tweten continued with football and hockey as an underclassman. He impressed coaches with not only his athleticism but commitment to his team. During his sophomore football season, Tweten was on a sophomore team struggling to find a quarterback. Tweten, who didn’t have quarterbacking experience, stepped up for his team.

“He wasn’t the prototypical quarterback,” Bouman said. “But he took advantage of what he was good at and did well. He showed he was just a kid that was willing to do whatever it took.” 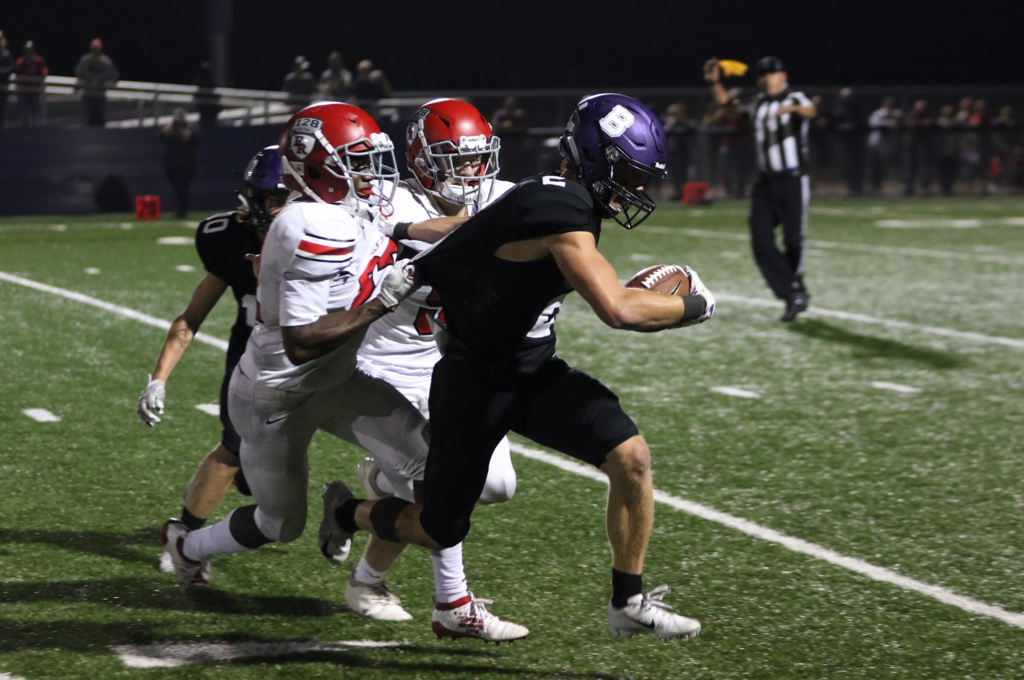 Heading into his junior season, Tweten was a still a factor in both of his sports. He was part of a Buffalo football team which went 6-2 in the regular season.

That season, Tweten played defensive back for the Bison. In nine games, Tweten recorded 34 tackles to go along with a pair of forced fumbles and two interceptions.

On the ice, Tweten began playing on the Buffalo hockey team as a physical forward for the Bison.

A year later, the Bison won the Mississippi 8 Conference after going a perfect 10-0 in conference play. Tweten contributed two goals and two assists that season while also recording 28 hits.

Throughout his athletic career – specifically in high school – Tweten saw how being a multi-sport athlete benefitted him.

“No matter what sport, I’ve just worked hard to improve myself as a player and an all-around athlete,” Tweten said. “The work I put in for whatever sport always paid off in all my sport.”

“There are different aspects to every spot, but one thing that’s always there is that things don’t always go your way,” Bouman said. “You see guys who can handle that who have seen it in other sports.”

Following his football and hockey seasons, Tweten attended an Iowa State football camp in the spring for recruits. He had his eyes set on playing football in Ames, Iowa.

“Football has always been my favorite sport, and I hoped I’d have the chance to play it at the college level,” Tweten said. “I had a good junior season and worked on putting film out there so coaches can see.”

While Tweten was attempting to show college coaches he had what it took to play college football, he walked the walk this past fall.

After being a defensive back for Buffalo as a junior, Tweten started playing on the offensive side of the ball as a wide receiver.

By the time the season was over, Tweten had plenty of accomplishments to boast. The senior finished the year by setting school records in receptions (95), receiving yards (1,386) and touchdowns (17). All three of those marks were good enough to lead the entire state.

“It’s amazing how Michael made that switch,” Bouman said. “He showed again that he can do whatever is asked of him. To go from not playing one snap of offense as a junior to his run as a senior was incredible.”

In the midst of his senior season success, Tweten announced on Nov. 19 he was heading to Iowa State as a preferred walk-on.

Shortly after his announcement, Tweten was set to start his final season of high school hockey with the Bison. Despite the football future ahead of him, Tweten was committed to the Buffalo hockey team. A hip injury limited his participation this past summer in hockey work. However, Tweten was still around his hockey brethren.

“His commitment has always been there,” Johnson said. “He watched and participated as he could. It was pretty remarkable to see how much he wanted to be around the group.

“It was really cool to see how much the hockey program meant to him while he was preparing for football.”

Tweten still continues his preparations for college football while playing for the Bison this winter. Johnson said he has seen Tweten’s hand-eye coordination improve drastically after spending his fall as a wide receiver for the football team.

Tweten also acknowledged that improvement. It’s just another way he’s seen himself improve as a result of playing multiple sports.

“When you play multiple sports, you see the athleticism pay off,” Tweten said. “I’d definitely say to go for it. When you have the time, you might as well give it a shot.”