Why Mike Modano, the highest-scoring American in NHL history, has come back to the State of Hockey 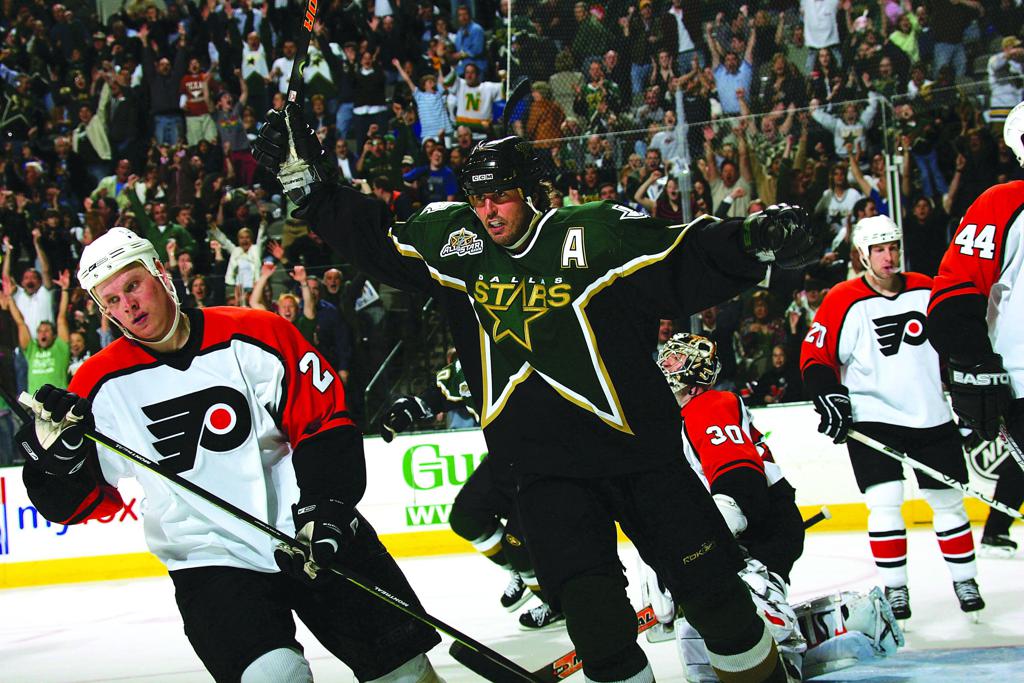 Yet, even at 49 years old, every time Modano rides around the Twin Cities State of Hockey, bits and pieces of his early years flash back in his head.

He remembers scoring in his first regular-season game against Glenn Healy and the Islanders. He remembers as a teenager living in the Bloomington home of Bill and Debbie Mack and getting to know their young kids, Ryan and Lindsey, and how that allowed him to just worry about hockey and not cooking dinner and doing laundry and all the other things that come with being an adult. He remembers the North Stars’ Cinderella run to the Stanley Cup Final in 1991 and the next couple years of deflation as it became very clear that something was going on behind the scenes that would ultimately force the franchise’s departure.

And he remembers how fun it was to make a cameo with teammate Basil McRae in The Mighty Ducks movie, which was filmed during a five-hour shoot at the Met Center.

“I didn’t know at the time what kind of cult following it would have, but I have more people mention to me about The Mighty Ducks movie than my actual playing career,” Modano said. “Kids watch it to this day. It’s just one of those movies that every kid has seen a dozen times.”

Does he remember his line?

“Heard you were a farmer,” Modano said, laughing. “Five words I can’t screw up.”

One of the memories that flashes in Modano’s mind when he rolls around town is the different restaurants and shops he’d frequent from 1989-93.

One was Granny’s Donuts in West St. Paul.

Back in his North Stars playing days, he’d run to the donut shop after practice, so he couldn’t believe in September when he discovered one of his old favorite spots still existed. You have to pay cash, but Modano still stopped in and bought 100 donuts to deliver to the Wild offices as a ‘thank you’ for parading him around town all month.

If you didn’t know by now, Modano’s back. 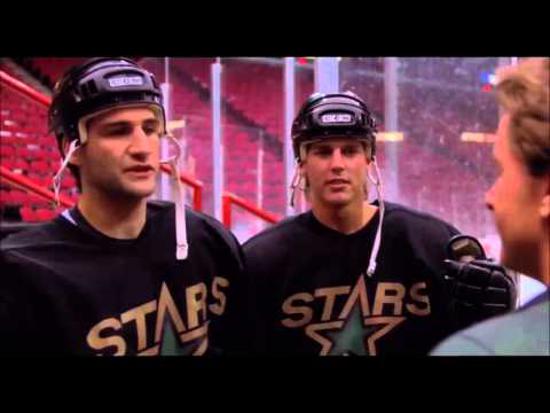 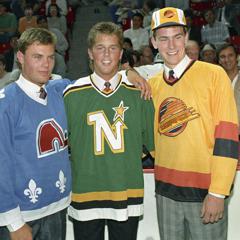 The top-scoring U.S.-born player in NHL history has returned to where it all started for him in 1988 when Lou Nanne and the North Stars selected him first overall over Trevor Linden in the NHL Draft.

In May, the Michigan native was named executive advisor to Minnesota Wild owner Craig Leipold and team president Matt Majka.

Modano’s job is to help drive business by working on a number of initiatives relating to the team’s sales, corporate partnerships and community relations efforts. He arrived at a challenging time for the Wild. After missing the playoffs last season and struggling to start this season, their long sellout streak was readying to come to an end as Wild account executives are finding it much harder to sell tickets, suites and corporate sponsorships.

Modano is the type of friendly fellow who has the ability to schmooze with bigwigs to help rebuild revenue streams but also disgruntled Wild fans who perhaps need to get excited again by the team and its future.

But there’s another value to Modano: He’s a tried and true hockey guy.

No U.S.-born player in the history of the NHL scored more goals than Modano’s 561, more points than his 1,374 and no U.S.-born forward has more assists than his 813.

So in late July when the Wild fired general manager Paul Fenton after just one season at the helm, Leipold and Majka tapped into Modano’s expertise to help hire the new GM, which would end up being Modano’s former Stars and USA Hockey teammate Bill Guerin.

Whether it was by phone from his home in Utah or in person when he flew in for interviews, Modano was part of the process that narrowed dozens of candidates to Guerin, who was assistant GM in Pittsburgh, and fellow former NHLer Scott Mellanby, who is assistant GM in Montreal and coincidentally just moved to Hudson, Wisconsin.

“All the hockey guys we talked to—Mark Hunter, Bill, Mellanby, Brian Lawton, Basil McRae, Ron Hextall, Peter Chiarelli, the common denominator is they broke the Wild down all similar,” Modano said. “They categorized the players and the personnel the same, they all had the same ideas and thoughts on what to do moving forward with this group. Across the board, they probably all said the same thing.

“Then it came down to personality. Scott’s a real quiet guy. Reminds me of Bob Gainey. Billy’s more charismatic, boisterous. I just said to Craig, ‘It’s more or less who you could mesh well with, who you could see yourself working with on a daily basis to piece this thing back together.’ We all said, ‘That’s Billy.’”

As much as Modano loves learning the business side under Leipold and Majka, he says he talks to Guerin on a daily basis to help plan the future of the Wild.

“I’m lucky I get to bounce back and forth between roles,” said Modano, who will also run the Mike Modano Fantasy Camp with a number of other ex-local NHLers in March.

Guerin has quite the challenge ahead of him in rebuilding an aging Wild team that doesn’t have a huge prospect pipeline nor a lot of star power on the NHL roster.

“He’s been really level-headed about it,” Modano said of Guerin. “He knew what he was acquiring. No mystery what he was coming into. He inherited this situation. He knows he’ll have a big hand how this thing all works out and it’ll be strictly because of what he does. … Coming in and breaking something down and building it back up, you love the challenge of putting the puzzle together and creating a winning team.”

For Modano, when he was 5 or 6 years old, nobody could ever have envisioned he’d become a hockey player, let alone one of the best to ever play the sport.

You see, Modano was a troublemaker as a child.

“It got to a point where my parents didn’t have an answer to anything,” Modano admits. “We saw a couple child psychologists to peel the onion back to see what’s going on with this kid, why’s he getting in trouble, why is he just spouting off, why is he getting kicked out of school. I mean, he’s a bully, he just picks on kids.

“I mean, everything that you could think about what the worst kid is, I was that. I don’t know what it was. … I couldn’t keep my attention span for nothing. I played baseball. … I wasn’t really into soccer, wasn’t really into anything else.

“I was just in trouble. I just couldn’t find some sort of release.” 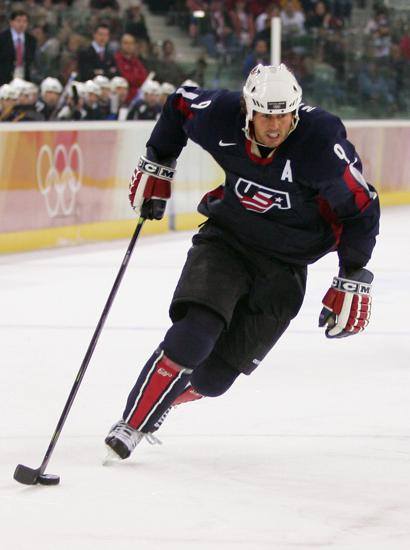 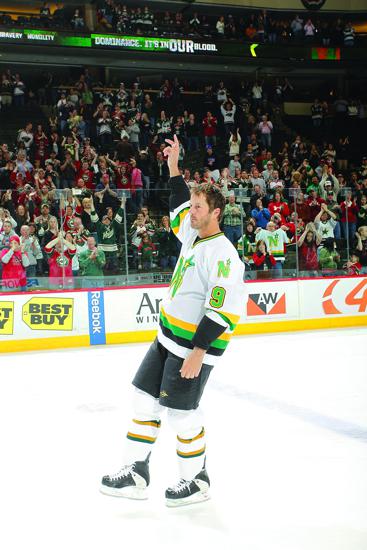 One day Modano’s dad was complaining about his son’s outbursts to a friend, Jack Rankin, and Rankin suggested to Modano’s dad that he take his son ice skating. Michael Modano Sr. was a Boston guy, so Bruins games sometimes appeared on the TV in the Modano household. Being in Detroit, they also got Hockey Night in Canada, so hockey wasn’t foreign to the young Modano, who was 7 at the time.

Modano put on skates, and “the switch went off when I skated. I could go a hundred miles an hour, blow off some steam playing hockey, and that was it. We got into organized hockey about year later. Nine years old, I got hooked up with the Ilitch’s Little Caesars program,” and that took Modano from 9-15.

“The introduction changed my demeanor,” Modano continued. “I got real shy, quiet, really subdued, better in school. No one understood it. Medical mystery.”

Modano has twin 5-year-olds, and a few years ago, he took his boy and girl to an ice-skating rink in Park City, Utah. They didn’t take to it like Modano did, but a few weeks later, they wanted to go again.

“It’s good for kids,” Modano said. “It’s nonstop, you put your gear on, get on the ice, move around for an hour, just blow it out.”

‘It’s Just So Special to Be Back’

This great release was something Modano fell in love with and 10 years later he developed into the NHL’s No. 1 overall pick.

He loved his time with the North Stars, especially going to the Stanley Cup Final, where Minnesota held a 2-1 series lead before Mario Lemieux said, “Enough.”

Modano knew Minnesota would have gone “bananas” had the North Stars got it done. That experience and taste of winning was something Modano couldn’t wait to experience again. Unfortunately, winning a Cup wouldn’t come until 1999, and that’s six years after the North Stars moved to Texas.

After 1991, Modano said everything started to go south for the North Stars.

“The next season was rough,” he said. “The logo change, they got rid of the ‘N’ with the star. There was something going on in the background as far as the business part about what was going on with us. The writing was on the wall that we were going somewhere.”

He said taking the North Stars out of Minnesota was “like taking the Yankees out of New York. You just don’t take a professional hockey team out of Minnesota. That’s like crazy to everybody. Someway, somehow we all thought this will get done, something will be finished, we won’t be moving anywhere. Then all of a sudden at the end of that (1993) year, we’re relocating, and, ‘You’ve got two months to go down to Texas and find out where you’re going to live and see you at camp in September in Irvine.’”

He said he went from the ultimate high in his second NHL season to an upsetting third and fourth year.

“Real disappointing,” Modano said. “Still to this day we all just kind of wonder how did that did not get fixed and work out.”

He loves the Twin Cities and was heartbroken when the North Stars relocated.

But now Modano’s back, and he is beyond thankful for that.

Modano comes in and out of town for three or four days at a time. The Wild put together his schedule weeks in advance, and his goal is to eventually move to Minnesota full-time with his wife and three kids.

If you see him around town, don’t be shy.

Go up, introduce yourself to the always-smiling, affable Modano, and you won’t regret it.

Michael Russo writes for The Athletic. He’s in his 15th season covering the Wild and 25th covering the National Hockey League. He co-hosts the Russo-Souhan Show on talknorth.com, co-hosts The Athletic Hour on KFAN-Plus (96.7-FM) and hosts the Straight From The Source podcast on The Athletic. All three podcasts can be heard wherever you get your podcasts. Russo can be heard weekly on KFAN (100.3-FM) and seen throughout the hockey season on Fox Sports North and the NHL Network. Follow Russo on Twitter at @RussoHockey. To subscribe to The Athletic at a 40 percent discount ($2.99 per month), go to theathletic.com/iknowrusso. If you’re a student, you can get 50 percent off ($29.99 for the year) at theathletic.com/student.