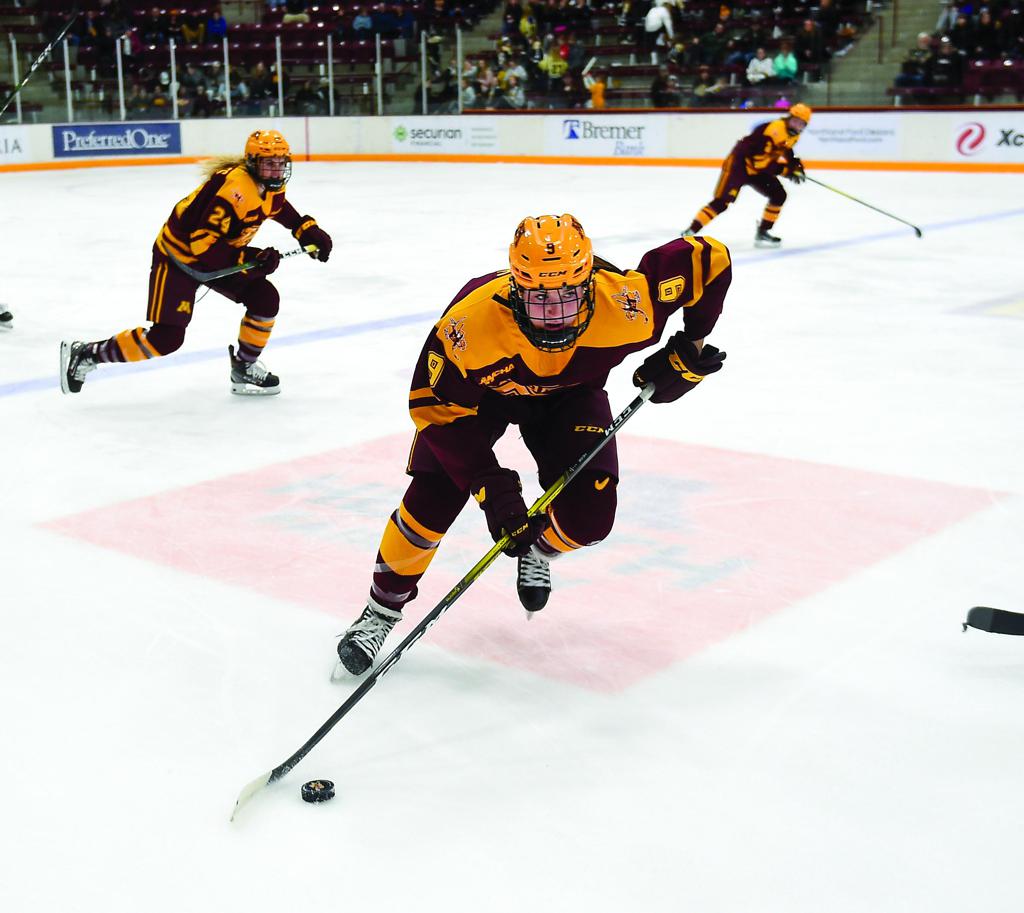 It’s no secret that Minnesota produces more hockey talent than any state in the country. So, when one looks over rosters of some of the top college programs and sees them littered with players from the State of Hockey hotbed, it shouldn’t come as a surprise.

However, if you dig deeper, there are certain college programs that seem to always have skaters from certain Minnesota communities in their lineup. And it’s most likely not a coincidence. Many of these pipelines from high school to the next level have been long established and are only growing stronger.

From Bill Nyrop to Anders Lee and many more, the Edina to Notre Dame men’s hockey connection has been well documented. The road from Hermantown to AMSOIL Arena in Duluth is stronger than ever.

But what is it about these schools that creates such a longstanding connection? Why is it that over the last seven years the Golden Gopher women have had at least one player—from Paige Haley to Nicole Schammel to Taylor Heise—from Red Wing? In some cases, proximity is key. Other times, it’s a personal connection. It has to be more than random happenstance, right? 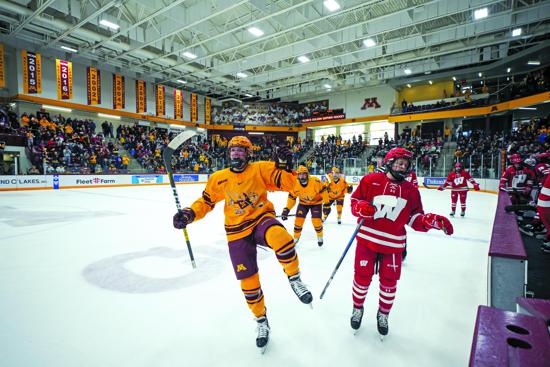 “Pipelines all manifest themselves differently,” said Eigner, who currently has three Lakeville natives on his squad after recruiting prominent players from the Brainerd area for six consecutive seasons. “It takes one player to commit and have a great experience and go back home and tell his or her friends that if you go to that school, you’ll get everything you want.”

The fact that Eigner’s Falcons have been recently comprised of stars from Baxter makes a lot of sense, as Eigner himself used to live and coach in nearby Brainerd. Three straight seasons Bowling Green has added a new Lakeville player to its roster. The connection there? Eigner’s brother Trent, currently at St. Thomas Academy, who led Lakeville North to four Minnesota State High School Hockey Tournaments in eight seasons, including a championship in 2015.

“Winning helps too,” he added. 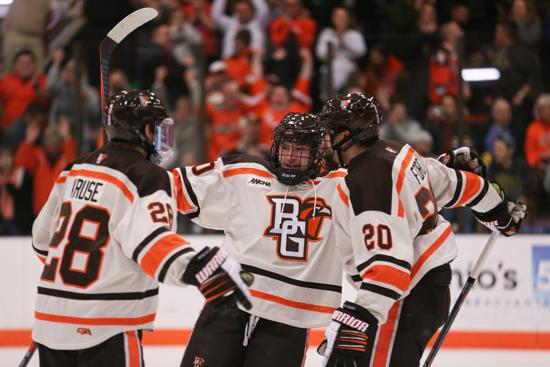 Over the better part of the last decade, Bemidji State University has successfully mined two key talent pipelines—from East Grand Forks and Thief River Falls. Since 2015-16, Jim Scanlan’s second year as head women’s hockey coach at BSU, the Beavers have had at least one player from each of those two communities. In 2017-18, 20 percent of Scanlan’s roster came from just those two Minnesota hockey programs.

“The credit has to go to those communities and their youth programs, as they’re the ones producing those players,” said Scanlan, who coached both the girls’ and boys’ programs at East Grand Forks High School prior to manning the BSU bench. “If EGF and Thief keep producing good players, particularly those that other programs are interested in, we’re going to do our best to try to get them to come here.”

Some of the most noteworthy pipelines start with family and coaching connections. Haley Mack’s father, Jason Mack, played at Bemidji State. He scored the game-winning overtime goal in the 1994 NCAA national title game against Alabama Huntsville. Add that to Scanlan’s familiarity with the Mack family—he coached Haley at EGF—and it seemed like a natural fit for Haley to end up at BSU.

“We know EGF kids are good people and come from great families and a great community, and you want good people in your program,” Scanlan said. “We play in a challenging and humbling league. So, you have to have a group you trust and like being with. It also helps you get through the times when you’re struggling. All five of the players I’ve had from those two programs fit well here and were also good players. Having a chance to coach them (and against them) when they were younger, I could see their passion. Then you talk with their coaches and you know the type of player you’re going to get.” 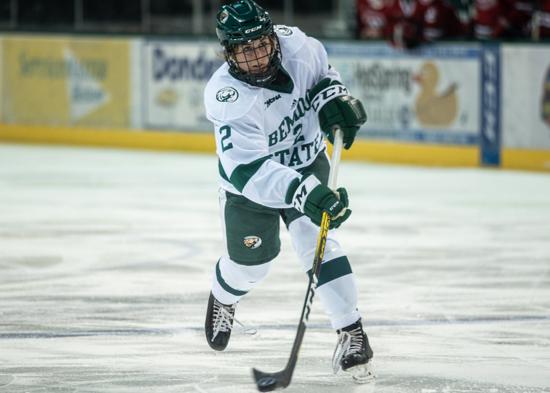