How Doug Woog shaped me into a better player, and person 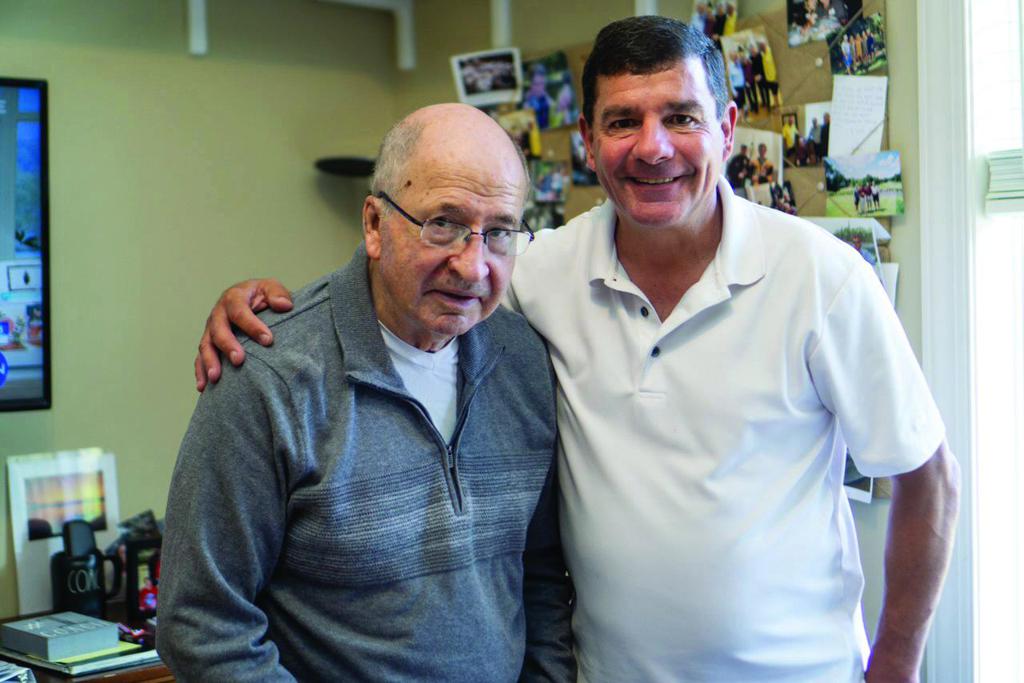 There was so much to like about Doug Woog. And I am beyond honored and privileged to have been able to call him a friend in my lifetime.

But I have to admit—Doug and I didn’t exactly hit it off right away.

I was coming off a 96-point junior season at the University of Minnesota, and I held my head pretty darn high heading into my senior year. Maybe a little too high; but I had just put up 96 points and was a punk 21-year-old kid, so of course I was going to be feeling myself a bit.

Our entire Gopher team got off to a rough start that 1985-86 year. We struggled, bad, to find the win column. I had just seven goals by Christmastime in my senior year. The year before I had 26. That’s a big of a change.

So what do I do? I, of course, blame the coach. We had a 1-on-1 closed-door chat and he and I both left mad. He was talking about cutting back my playing time. He was reminding me that I needed to work for the team. He was telling me he expected more.

And, ya know what, he was right.

"I always talk about a lot what Doug did for me as a player, but what he did for me as a person was so much more impactful. …He made me a better teammate, a harder worker, and made me realize the type of man I wanted to be."

Later that afternoon, we had our regularly scheduled practice. I got to the rink and I said, ‘Let’s go.’ And that was it. The tables started to change. Our team started to gel better and I started to be a better player. I ended up putting up 25 goals that last half of the year. It was great. It was good. It was the kick in the butt I needed.

Yes there have been hundreds of wonderful conversations I’ve had with Doug in my lifetime, but the one that sticks out from them all was that hard one behind closed doors. The one where he showed me just how much he really cares about his players not just as team members, but as people.

I always talk about a lot what Doug did for me as a player, but what he did for me as a person was so much more impactful. He made me grow up exponentially. He made me a better teammate, a harder worker, and made me realize the type of man I wanted to be. I thank him every day for teaching me those lessons and having that hard conversation, because without him, I wouldn’t be who I am today.

Thanks, Wooger. I’ll never forget you or what you taught me.

Pat Micheletti is an iron ranger who hails from a lock hockey bloodline. The former University of Minnesota Golden Gopher and Minnesota North Stars now provides his hockey wisdom as an analyst on KFAN’s Beyond the Pond, Wild Fan Line and Westwood Sports 1. Follow him on Twitter @patmick262.