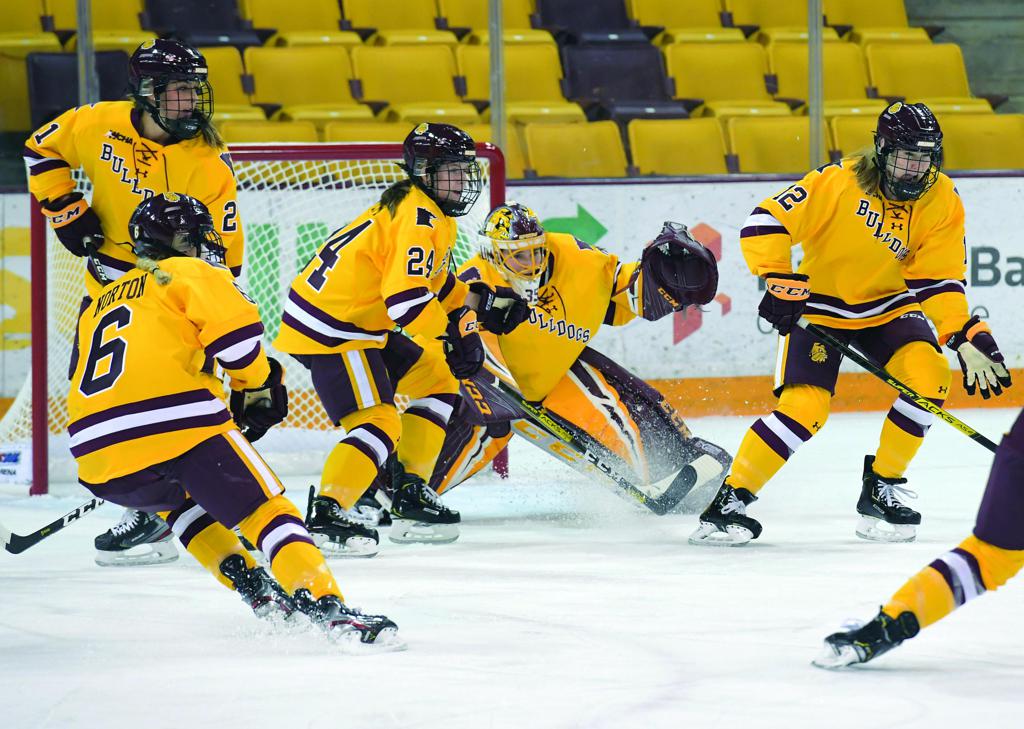 Wearing gold sweaters with maroon and white trim and the state of Minnesota on their shoulders, it’s hard to escape the Land of 10,000 Lakes with the University of Minnesota Duluth women’s hockey team.

The 2019-20 Bulldogs feature 15 Minnesotans. Ranging from Moorhead to Rochester and everywhere in between, they all come together to the place pointed out by a gold star inside the state, Duluth and Amsoil Arena.

It’s a place home to past and future Olympians, led by 2018 Olympic gold medalist Maddie Rooney (Andover) in goal. Head coach Maura Crowell’s top line features three Twin Cities natives in senior captain Sydney Brodt (North Oaks), sophomore Gabbie Hughes (Lino Lakes) and junior Anna Klein (Edina). Whenever on the ice, they both have fun with one another and work together to improve.

“We’re always bouncing off each other on the bench, talking about our last shifts, or in practice, we’re not afraid to critique each other,” Brodt said. “Because we have such open mindsets and personalities, we’re not offended by anything. We’re always looking to get better and that’s what I like about them.”

It helps that each plays a different role. Brodt, in her record third year wearing the “C” for the Bulldogs, is the skilled, blue-collar captain. Hughes, who scored 19 goals as a freshman, has the ability to slow down the game or set the pace and score from her first shift of the game onward. 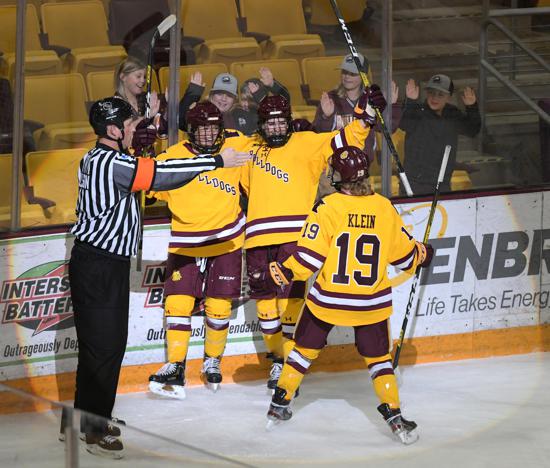 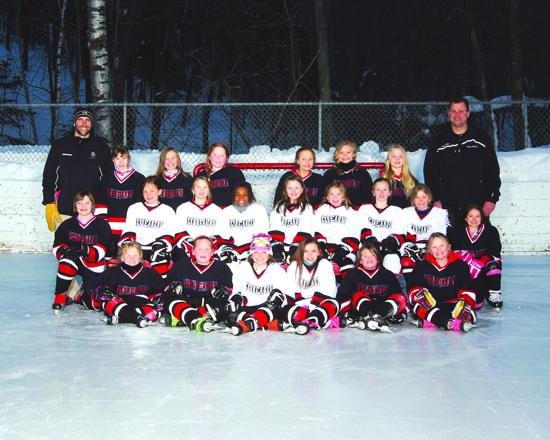 “Gabbie’s a special player. To match or improve upon what she did last year isn’t easy, but the type of player and the type of person she is makes it no surprise that she’s hit the ground running. She’s a fierce competitor. That’s one thing that separates her from others,” Crowell said. “Her standards are really high for herself and that’s on a daily basis when we’re at practice.

“What that means is it makes us all better. When you have a player like that working that hard and coming so focused on a daily basis, it’s impressive and it carries over to the game.”

Her work paid off early with a highlight-reel goal that saw Hughes dazzle the Duluth fans by pulling off a move fit for being a frozen pond. Skating around a Minnesota State defender, she first put the puck through the defender’s legs before putting it into the back of the net.

“She’s creative and a true goal scorer,” said Brodt about Hughes. “She’s the only person on our team who would do that play.”

Fans in Duluth and throughout the state can look up to a group who grew up in the same communities and also gone on to represent their country. Before the Bulldogs host the second annual Minnesota Cup for in-state bragging rights in January, Rooney and Brodt will be facing Canada for international bragging rights.

It’s an opportunity for Brodt to play with girls she’s idolized her whole life and a reminder that even for the stars in Duluth and state of Minnesota, learning and looking to get better is never over.

“Their hockey sense and hockey IQ are things I’ve taken on the ice. They play the game and they’re so smart and move the puck so well, that’s what I’ve really taken away from it. Then outside of the on-ice stuff, their commitment to the game and all the work they’ve put in,” she said. “Their pride in the women’s game too has been really inspiring. How they want to create more opportunities for themselves and future players, that’s been really cool.”