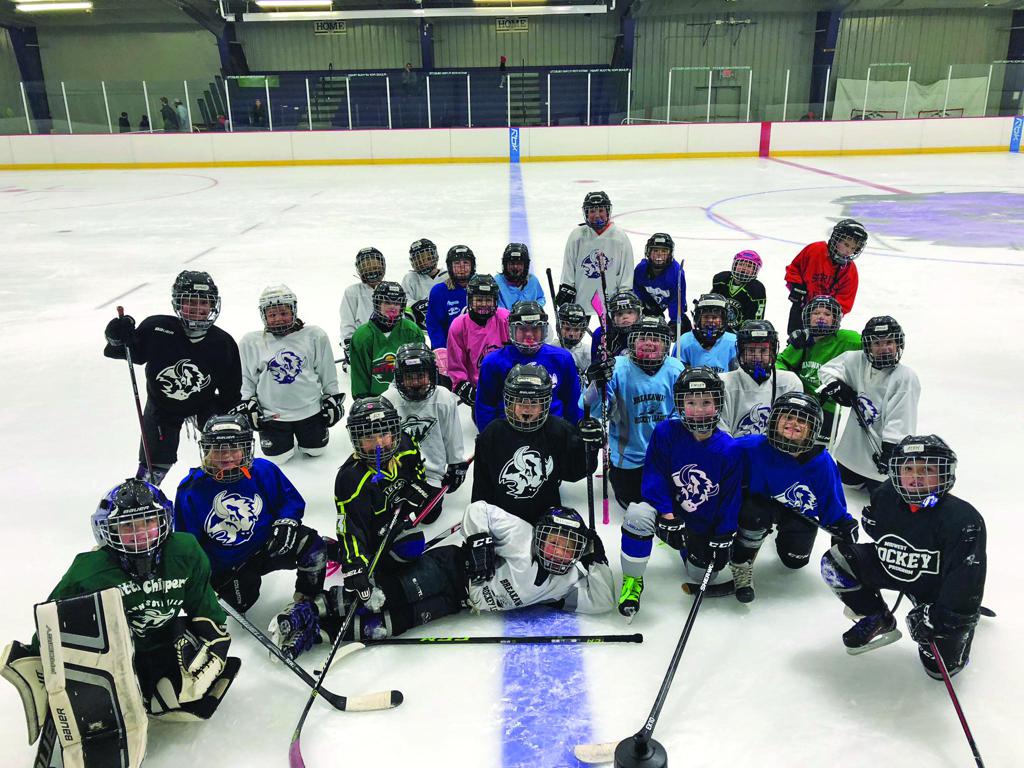 Every month, The Buffalo Youth Hockey Association shuts off the lights and turns on the disco ball and laser lights.

Music blasts through the Buffalo Civic Center while kids of all ages enjoy an enjoyable day of open skating filled with games and prizes.

“We call it ‘Rock on Ice’,” said Lena Gawtry, president of the Buffalo Youth Hockey Association. “The event is open to the public to get more people on the ice and having fun. It’s also a great way for our kids to have fun on the ice with their non-hockey playing friends. … They spend so much time at the rink normally with practices and games. This just gives them a way to do something they love and still go out there and have a good time.”

While the Buffalo Youth Hockey Association is setting record registration numbers and growing its girls hockey program to new heights, it also places a strong emphasis on gathering the community and promoting a lively culture.

The Buffalo Youth Hockey Association is less than an hour from the Twin Cities, but prides itself on its small-town atmosphere.

“We’re really a small town but we’re close to the Twin Cities, so that definitely sets up apart — the fact that we are pulling kids from other local areas,” Gawtry said.

The association is home to kids from Buffalo-Hanover-Montrose school district, along with kids from the community of Annandale.

“It was really great having Annandale kids come skate with us,” Gawtry said. “Two years ago we took in Annandale, which used to be part of the Monticello Moose association. Now they’re a part of ours. Everyone has welcomed them with open arms. The parents I’ve even spoken to have felt welcome in our association and their kids love being here.” 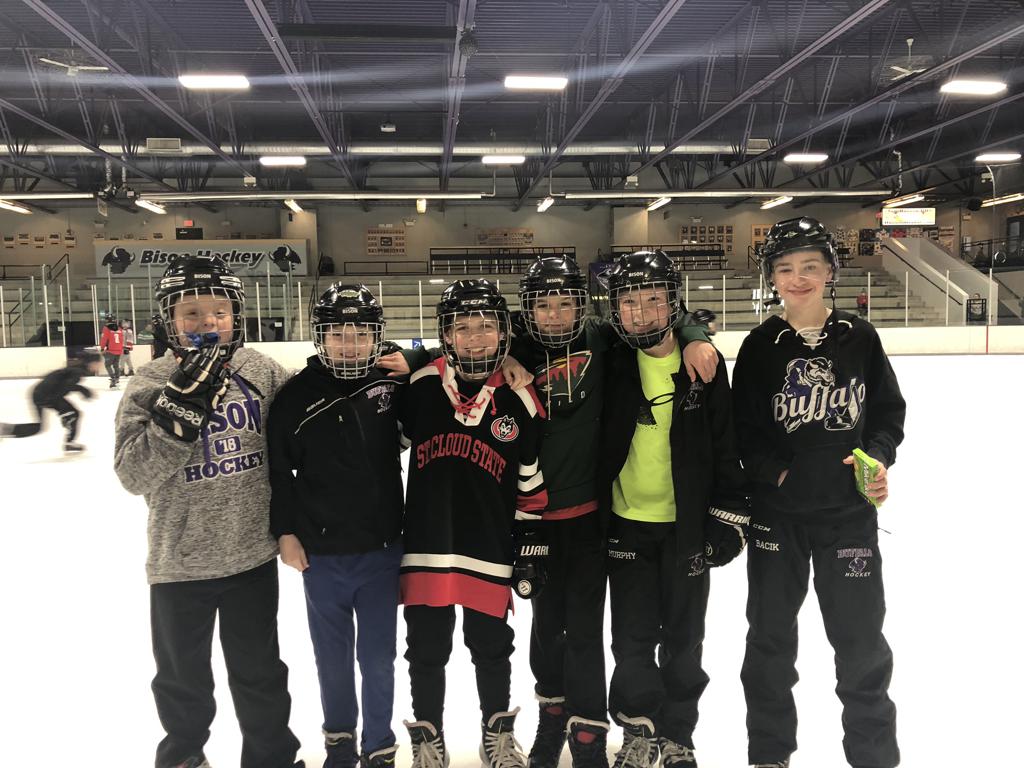 Since 2013, Buffalo has witnessed a steady increase in its registration numbers, thanks in part to its One Goal program.

The five-week program is designed for new skaters. It’s a chance for them to learn and experience the game of hockey in a positive environment without much of the upfront expense of purchasing equipment.

“Our coaches from top Bantam teams and all the way down to our initiation level, they’re all out there helping the kids,” Gawtry said.

In mid-October, the association also hosted its Girls Hockey Day event, which drew nearly 100 eager skaters. On brand with the Bison culture, the event included on- and off-ice activities, along with music, food, games and crafts.

“With the Girls Hockey Day, it’s probably one of their favorite things every year and they look forward to it,” Gawtry said. “It’s a great place where they can bring friends who maybe don’t skate to come out and try hockey.”

It’s proven to be a huge success in not only introducing kids to the game of hockey, but also growing the game for girls.

“Our girls program is definitely something we’re really proud of out in Buffalo,” Gawtry said. “We’re continuing to grow our girls program and we’re adding girls teams. Some associations are seeing that decline, but we’re actually adding teams.” 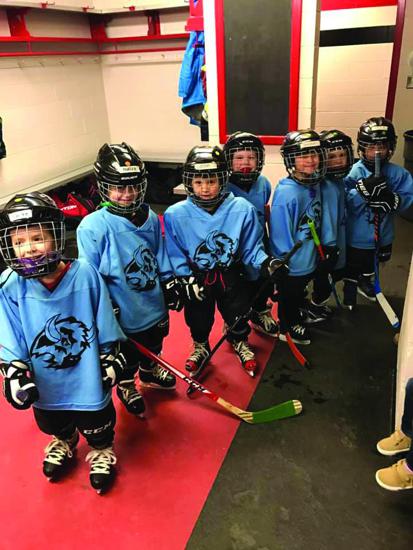 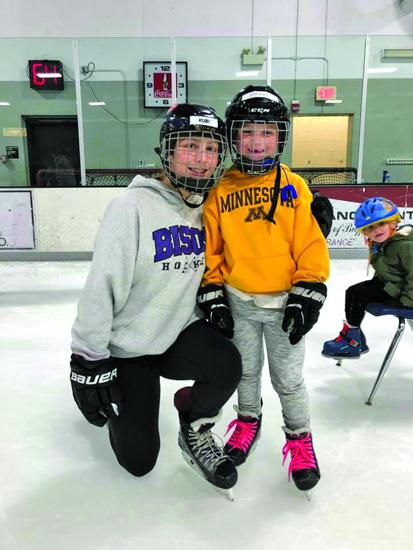 The kids aren’t the only ones having all the fun and growing the association.

Each September, the Buffalo Youth Hockey Association holds an Ice In Party to kick off the hockey season.

“It’s an adult-only fundraiser for us where we have a bean bag tournament, silent auction, music and food,” Gawtry said. “From the event, 100 percent of the proceeds go to support our financial aid and our scholarship program.”

The support is what fuels the association, along with help from volunteers and donations from local businesses.

“We rely heavily on our volunteers,” Gawtry said. “They put in hundreds of hours to make the hockey experience better, and we couldn’t run it without them. In addition to the families that volunteer, we also get support from the community, whether it’s through donations, or helping out with different events we have.”

The association also places a strong emphasis on off-ice development.

In an effort to encourage positive behavior and promote sportsmanship, the Bison started a T.E.A.M. program, which stands for: Together Everyone Achieves More.

“With this program, we do fun events throughout the hockey season,” Gawtry said. “The youth is our future, and we’ve put a lot of emphasis on the younger programs we have.”

From coloring Valentine’s Day cards for local senior citizens to putting together care packages for local men and women who are serving overseas — the program is an excellent way for kids to give back.

“It’s a great program we added just to help the kids at the younger levels,” Gawtry said. “We work on an effort to encourage positive behavior, because we feel that if we teach these kids things such as sportsmanship, leadership, teamwork, respect and kindness at a younger level, they’re going to be better skaters.”