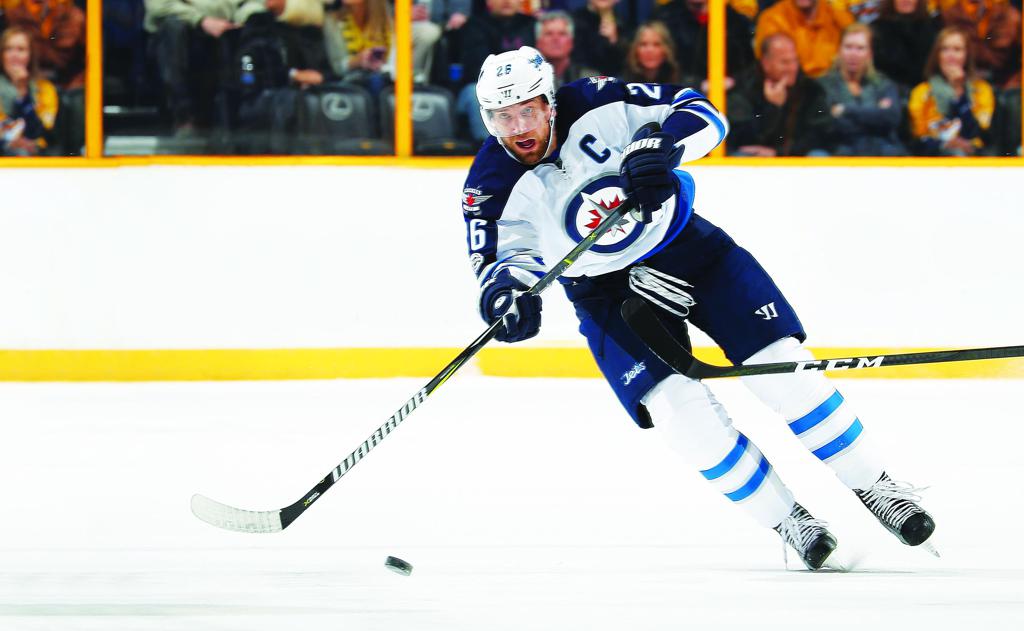 It wouldn’t be hard to picture Blake Wheeler as a basketball player.

At a towering 6-foot-5, 225-pounds, he would have made an exceptional around the rim forward. In fact, that was nearly his fate, until mom—who always knows best—stepped in.

“Blake was five and starting to drift into sports and his dad was looking at basketball and I was like, ‘No, that’s not the way it can be,’” Pat Wheeler recalls of the ‘which sport’ discussion with her husband, Jim. “(Jim) grew up in Detroit and I’m a native Minnesotan, so I said, ‘This is Minnesota, and we play hockey.’ So I signed him up for hockey.

“The minute Blake hit the ice, it was just like ‘boom’ he was into it. He loved it, we loved it, and we haven’t really looked back since.”

It wouldn’t have been unfathomable to think that Blake would have excelled on the hardwood courts as much as he does on the ice. Growing up he seemed to have a knack for every athletic endeavor he tried.

There was football in the fall, hockey in the winter, baseball and golf in the summer, plus tennis, piano, swimming and everything in between.

“I loved whenever the season changed, being able to be around some of the same group of guys but in a different arena,” said Blake. “I just remember, even as a kid, getting so burnt out of hockey. If you play in the summer tournaments and you’re traveling and investing so much time into one sport, it’s exhausting. You need to be able to get away from it. There’s the skill development aspect of it, and those things are important, but for me, just being able to get away from doing the same thing all the time was such a huge break. I think it’s the most important thing kids can do is to not play any sport year-round.”

It’s a mentality Blake continues to preach with his own kids—he has his hands full with three under the age of 6—and within himself as he’s established himself among the NHL’s best. 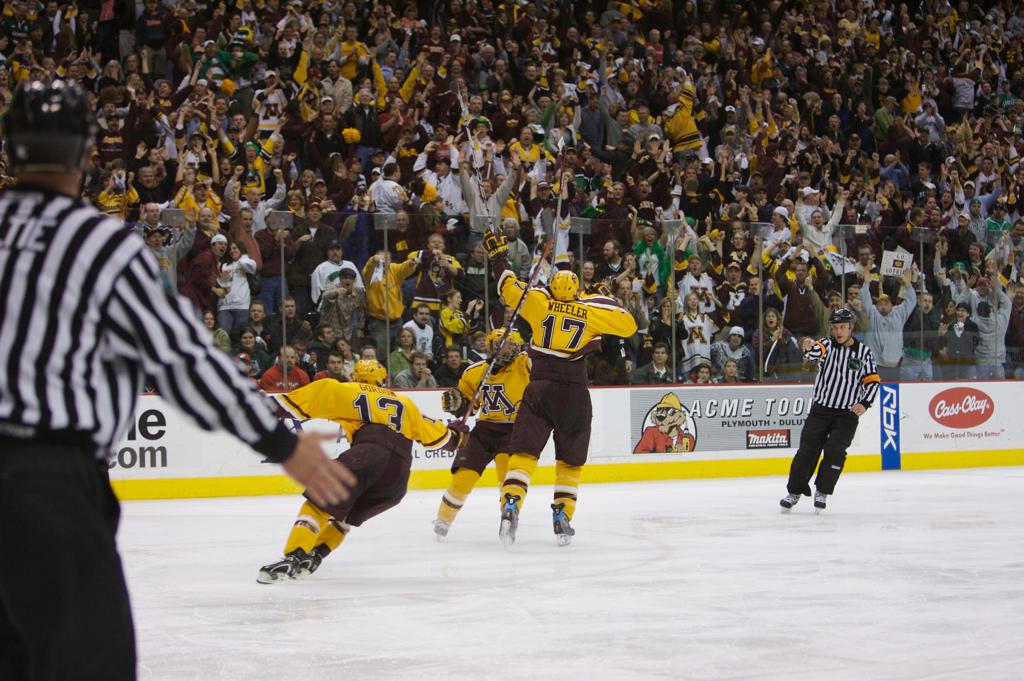 When the Winnipeg Jets announced Blake as their captain in 2016, “it was an honor.”

But wearing the ‘C’ comes with plenty of challenges.

“It’s hard, it’s really hard,” said Blake, who was an alternate captain with the University of Minnesota Golden Gophers and admits has always played a bit of a leader role on every team he’s played on. “You never quite figure it out. It’s one of those things that constantly evolve and you constantly learn from experiences and successes you have, and mistakes you make.

“To be completely honest, I just try and lead by example every day. I try to uphold a really high standard of how I come to work and set the tone like that every single day. From there I believe that gives me some equity to speak up in the room when I need to, and talk to some guys when I need to or give some encouragement when I need to.

“If I’m not practicing what I preach, then I can’t really carry much of a voice in the locker room, so I try to lead on the ice to start and then if I need to be speaking up in the room, so be it.”

Wheeler continually gravitated toward other sports. It just seemed natural to him.

But it wasn’t just him; it was the friends around him, too.

“Our group of friends in Wayzata had some extraordinary athletes,” said Blake. “We had a couple guys who played in the NFL: Dominique Barber and James Laurinaitis. A couple of guys who played hockey at the University of Minnesota with me or I just missed them: Joey Miller and Tony Lucia. We had some really talented sports teams growing up and not just in hockey.

Jim and Pat said there was never a discussion on playing just one sport.

“It wasn’t even a part of the conversation with Blake; he always wanted to be moving on from one sport to the next,” explained Jim. “Even if he had wanted to play one sport, I don’t think we would have let him. …To us, it was important for both our kids to always be trying something—sports or not.”

“We definitely didn’t want them to ever feel pressured to do just one thing or another,” added Pat. “I think it’s so important to make sure that whatever they’re doing, they’re doing it because they want to and because it’s fun. …I think that was really it.” 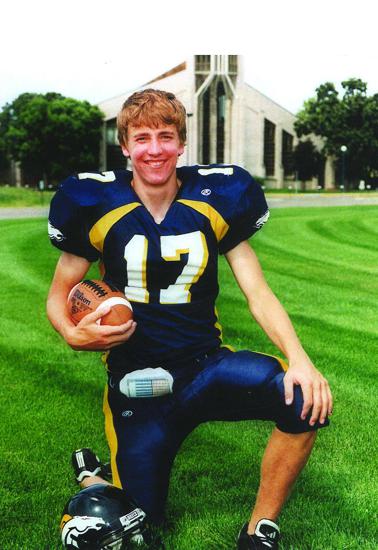 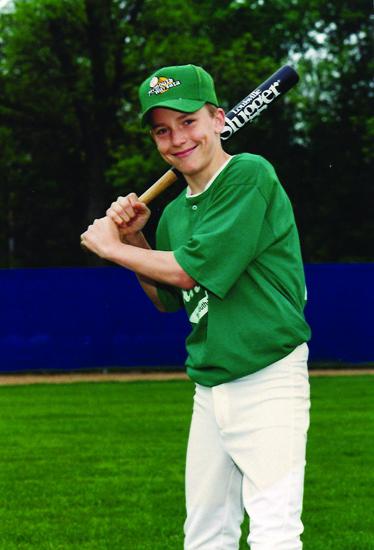 Blake is raising his kids, 6-year-old Louie, 4-year-old Leni, and 2-year-old Mase, in the same fashion his parents raised him.

“I think the point is, we want our kids to do things they’re passionate about, and try to explore everything,” said Blake. “You don’t really know what you might or might not love until you try things. We don’t push them in any direction, we don’t force them to do anything, but we try to encourage them to do as many different things as possible. It’s such a great foundation to have built in to explore other options.

Blake never had many issues making the top team in the Wayzata Youth Hockey Association that he grew up in. His Bantam A squad even clinched the coveted Minnesota Hockey State Championship.

But Blake met adversity as he got older and select teams and festivals were made.

“That’s where things got difficult for me,” said Blake, who was cut at various select camps at age 15, 16 and 17. “I would always get cut about halfway through the selects, never quite making that final round. That was definitely a scare because my goal, my whole childhood, was I wanted to play Division I hockey. If you’re not in the top 52 in the state of Minnesota as a 17 year old, that can be tough. After I got cut from that select festival (at 17), playing college hockey seemed like a distant dream. I didn’t know how realistic  that was anymore.”

But rather than giving up on that dream—one that worked out well for Blake who amassed 96 points (42 goals, 54 assists) in three seasons at the U—he got to work.

“You definitely go through the mourning process a little bit,” he said. “You feel sorry for yourself. And then I remember getting (mad) and developed a chip on my shoulder and just got to work. I think through that I learned how to work and learned a lot about myself and how I had to push myself to get to that next level.

“You’re never as good or as bad as people say you are. Twelve months later I was drafted 5th overall in the NHL (by the Phoenix Coyotes), so pretty drastic peak and valley there, but it was a good lesson definitely.” 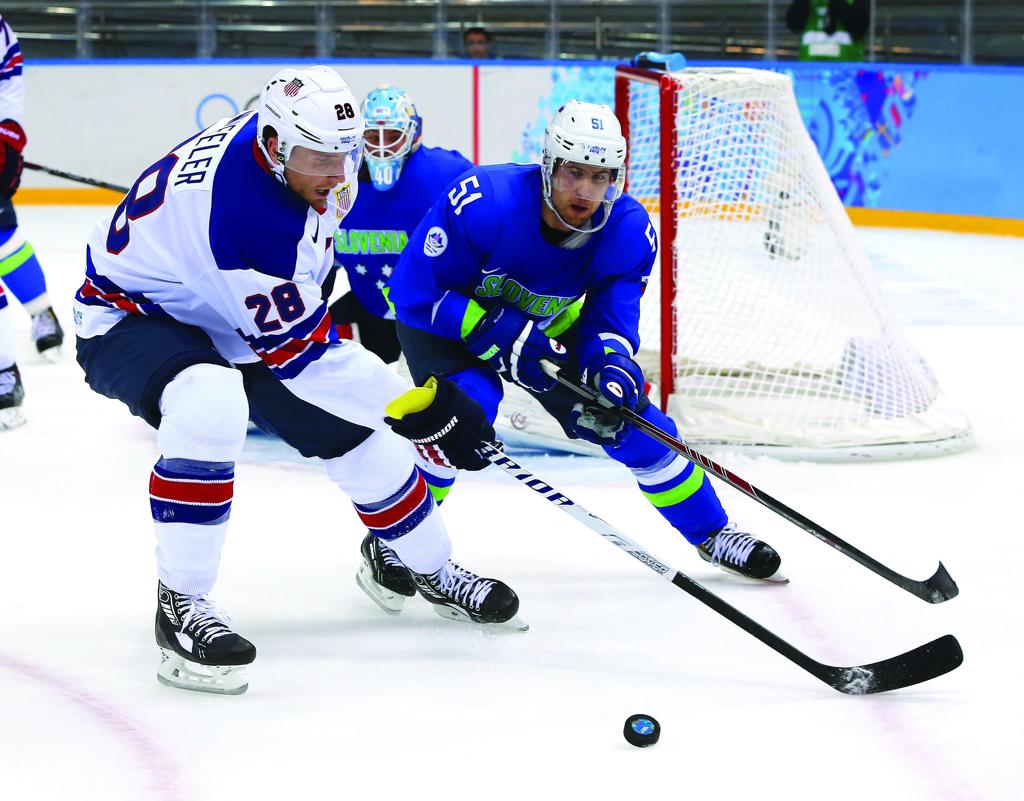 Through 12 NHL seasons, Blake has learned one thing to be true:

“I think you gotta enjoy the game,” he said. “The key to longevity and success, really in anything not just hockey, is to be passionate about what you do. If you’re not passionate about what you do every day, if you don’t love playing hockey or the training that goes into it or the practicing, all the little details that go into being a good player, you’re never going to have the success that you envision for yourself. That’s the biggest takeaway I’ve had from my career is, I’ve always been passionate about this game. I continue to love working at it, continue to try get better and I love trying to get better and i love going to the rink every single day.

“If you find yourself loving playing the game and believing in yourself and enjoy what you’re doing and it’ll take you as far as it’ll take ya. For some guys, maybe they’ll play juniors or college or be fortunate enough to play some professionally; whatever it is, as long as you love doing it, you’ve had a heckuva career.”