How Greenway Stole The Show

After nearly folding as a program, Greenway rebounded and made waves across the state in 2019 with a run to the Class 1A state final 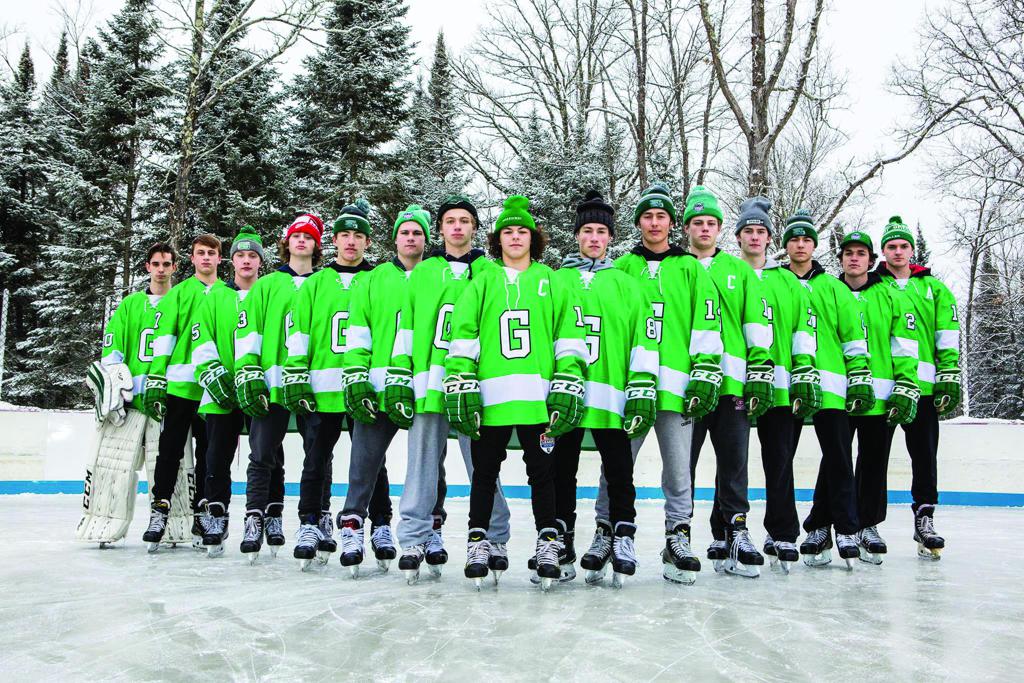 Only 23 seconds had ticked off the clock in overtime when Ben Troumbly scored to put Greenway/Nashwauk-Keewatin past Mahtomedi to advance to the 2019 Class 1A state championship game.

Under any circumstance, an overtime goal to send a team to the state championship game is a big deal. But in the case of the Raiders, it was an exclamation point on a story Hollywood’s best couldn’t make up.

In the early part of this decade, there was a chance this historic program would no longer exist. But thanks to the effort of many, Greenway hockey is thriving. That revival hit its crescendo this past March as the Raiders made a Cinderella-esque run to the state final against St. Cloud Catherdral at Xcel Energy Center with the support of not only an entire community, but seemingly the entire state as well.

Since its early days, Greenway has produced some of Minnesota’s finest hockey talents. That list almost certainly starts with Mike Antonovich, a two-time state champion himself in 1967 and 1968. The former University of Minnesota Golden Gopher and Minnesota North Star draft pick was starring in Greenway right when the Serratores, Tom and Frank, arrived in Greenway. From there Tom and Frank continued to keep Greenway hockey in the conversation.

Greenway maintained its success as one of the Iron Range’s top programs. In 2001, propelled behind stars Gino Guyer and Andy Sertich, the Raiders finished third in the Class 2A state tournament.

From there, however, things started to take a turn for the worse for the program. Numbers slowly started dwindling.

“Slowly after (2001), we started having kids leave the program,” said former Greenway coach Pat Guyer. “One kids goes, then another goes.”

That trend continued throughout the decade. By 2010, the talk of the program folding all together was out there. The storied program would merge and become one with nearby rival Grand Rapids.

“We knew the number of kids at the younger levels were solid, but we did not have enough at the high school level,” Guyer said. 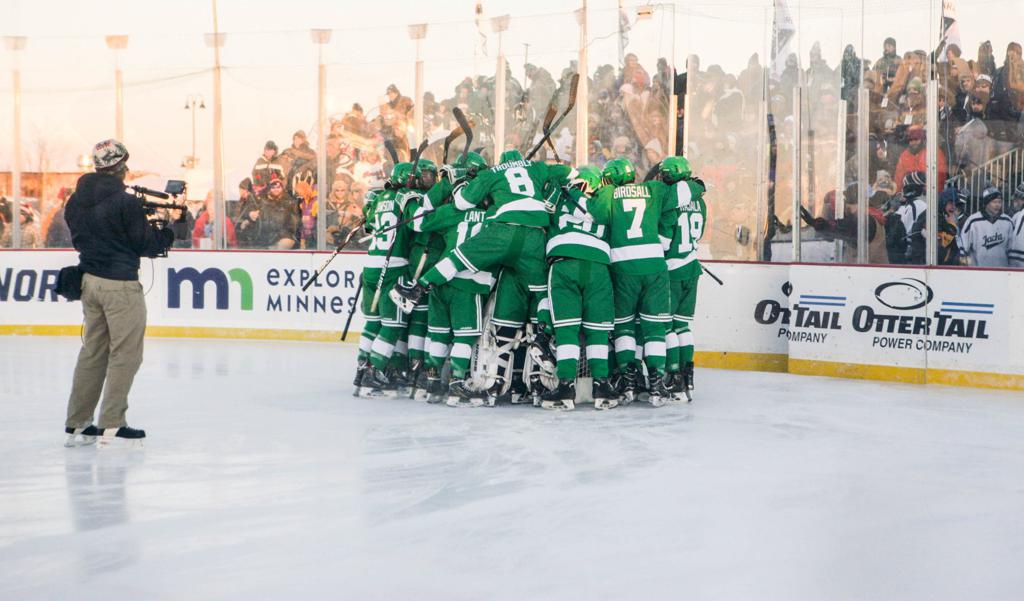 Greenway managed to survive those years with a collection of players that included some with little to no experience playing hockey.

“It’s important to remember that there were a lot of kids along the way who didn’t play hockey and took those losses on the chin,” current Greenway coach Grant Clafton said. “Without those kids being willing to participate, there probably would be no Greenway High School hockey.”

After surviving the scare of losing the program in 2010, Greenway slowly began reloading and improving at the high school level. The kids at the younger level also stuck with the program as they advanced through the ranks.

When Clafton took over the Raider program in 2015, the program was heading in the direction of a team that could compete. In 2016 the Bantam A team managed to make a Minnesota Hockey State Tournament appearance behind efforts of Donte Lawson, Troumbly and Christian Miller.

“It’s important to remember that there were a lot of kids along the way who didn’t play hockey and took those losses on the chin. Without those kids being willing to participate, there probably would be no Greenway High School hockey.” – Grant Clafton

After improvements in Clafton’s first few seasons as coach, things were looking up the most during the 2017-18 season. Greenway advanced all the way to the Class 1A, Section 7 final. The Raiders took Hermantown to double overtime before the Hawks eked out a victory.

Heading into this past season, there were plenty of reasons to believe Greenway could exceed the success it had during the 2017-18 season. The Raiders brought back key players such as Troumbly and Lawson.

But things didn’t go as planned in the early part of the season. Greenway started the season with a pair of wins but then went on to lose six of its next seven contests.

“We didn’t get very good breaks,” Clafton said. “But the kids didn’t use that as an excuse.

“We just had to wait for the hockey gods to give us a break.”

Those breaks soon came. Greenway rode into section play on a seven-game winning streak. The Raiders cruised through the first two rounds of section play to set up the rematch with Hermantown at Amsoil Arena in Duluth.

Once again, it was another dramatic tilt in the Section 7 final. In the second overtime, Lawson tallied the game-winner to stun the Hawks and send Greenway to state for the first time since 2001. 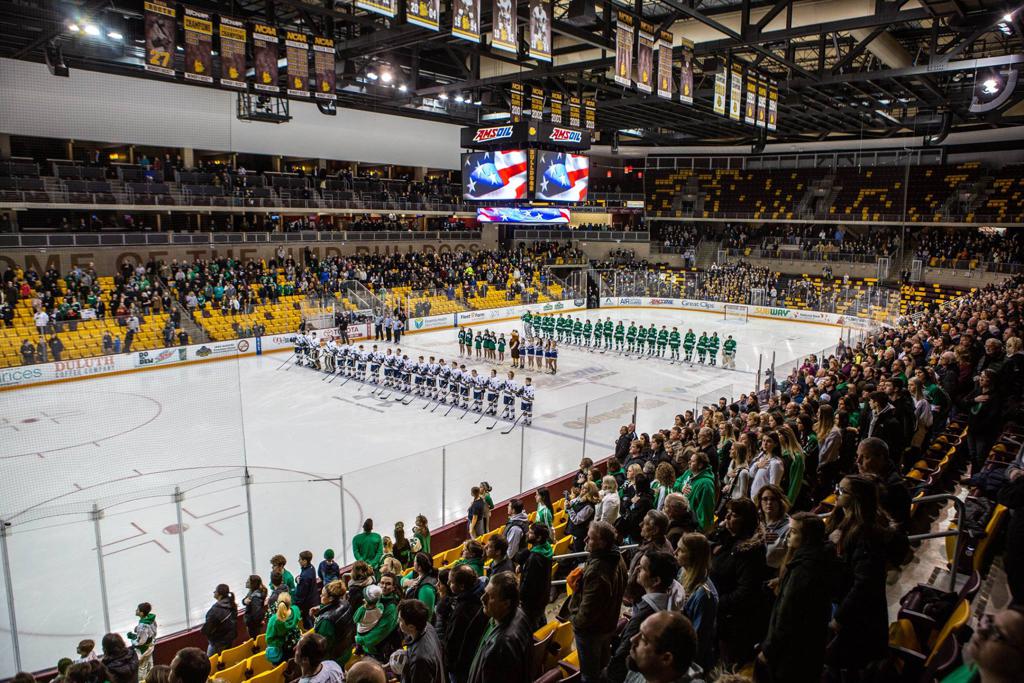 A Tourney For The Ages

The win sent shockwaves through the state and fired up the Greenway alums and the Iron Range as a whole. Greenway fans across the country started planning their trips to St. Paul, including Frank Serratore. With his team, Air Force, off that week, Frank had the chance to travel to St. Paul to watch his alma mater take the ice in the Class 1A tournament.

That week, Frank became a social media sensation of sorts. He put on masterful performance at a press conference talking about Greenway. He wrote a letter to the team along with being spotted in the stands at the tournament.

“I just wanted them to know we appreciated what they accomplished,” Frank said. “It was a big deal. They’re carrying the torch for a lot of people.”

As the No. 5 seed in the 1A tournament, the Raiders faced off against Delano. Despite their opponent having a much shorter drive to Xcel Energy Center, the arena was full of fans cheering on Greenway.

Following a win against Delano, the Raiders had a tall task going up against top-seeded Mahtomedi. But Greenway handled the big spotlight and bested the Zephyrs in overtime to advance to the state championship game in front of a crowd filled with a plenty of Raider alumni.

“The alumni came out in strength,” Frank said. “That was the best all-class reunion we’ve had and the best we’ll ever have.”

The following day, Greenway played for a state championship but ultimately fell to St. Cloud Cathedral in a 5-2 defeat. To honor the work of Guyer and Jim Lawson, the team presented them with the second-place trophy.

Despite not having the perfect ending, it was a memorable run for Greenway. The Raiders finished the tournament in second place but the top talker of the entire week.

“The whole week was emotional,” Guyer said. “I think I had tears after both wins. The only time I didn’t have tears was after we lost because I was so proud.”