Recipe for a Rebound

What will it take for the Wild to bounce back from an injury-riddled season? 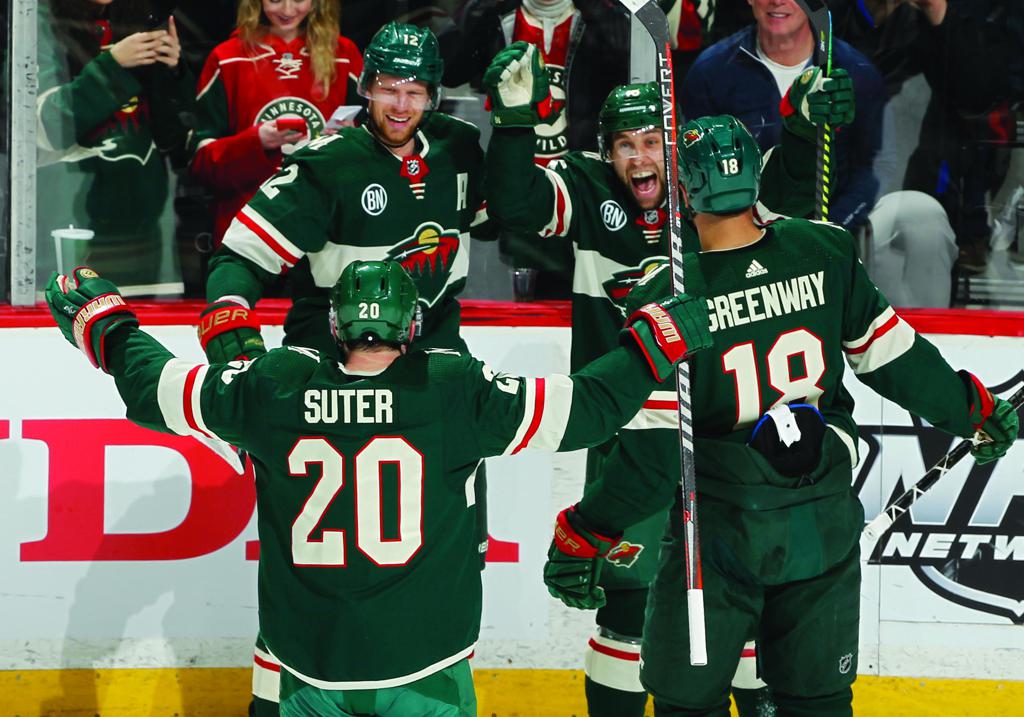 So, let’s just say the Minnesota Wild had a bit of an unusual offseason.

As they say in sports, you’re hired to be fired, and general managers lose their jobs all the time.

But it’s completely abnormal for a GM to receive his pink slip 3 ½ months into the offseason and even more unheard of for that to happen before that GM enters his second season as the boss.

But Wild owner Craig Leipold finally felt compelled to pull the plug on the Paul Fenton after one destructive season as the team’s GM. Leipold repaired his mistake by hiring Bill Guerin, who merely in the likeability department will be an improvement over his predecessor. A young 48, Guerin is less than a decade removed from a successful playing career that included more than 1,000 games, more than 400 goals and four Stanley Cups—two as a player, two as a Pittsburgh Penguins executive. He brings instant credibility to the team and is immensely respected throughout the NHL.

Being hired in late August, there’s not much Guerin can do right now in terms of changing up the roster, so he’ll take his time, analyze what he has got and then begin to make moves to help improve the team he hopes to lead for a long, long time.

This is a very different looking team than last year at this time.

But Guerin feels there’s a real solid base and foundation, and if the team can get internal improvement from young guys like Fiala and Luke Kunin and some of the older guys like Eric Staal and Jason Zucker, stay healthy and come together in the locker room, they have the makings of a good team.

Last season, the Wild’s year really derailed in mid-December when defenseman Matt Dumba, who led all NHL blue liners with 12 goals, was lost for the season with a torn pectoral muscle. That was compounded six weeks later when captain Mikko Koivu sustained a season-ending knee injury. Both are back.

Guerin has a lot on his plate.

And he’ll need to really evaluate what he has in an attempt to start to put his mark on his new franchise.

All teams are optimistic heading into the season and the Wild think they can surprise a lot of people despite a tough start to their schedule with 13 of their first 18 games on the road.

“We’ve got some very good NHL hockey players and I was telling somebody last night, ‘People are writing us off way too early,’” Boudreau said. 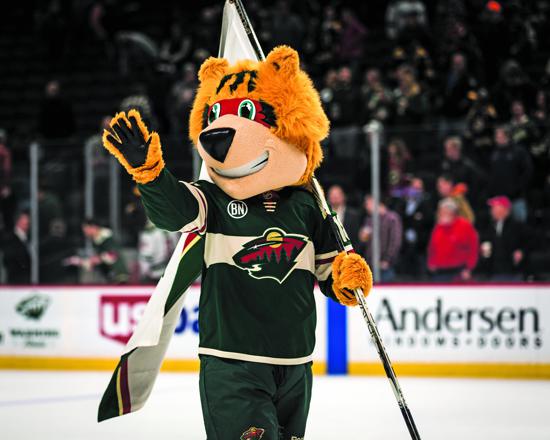 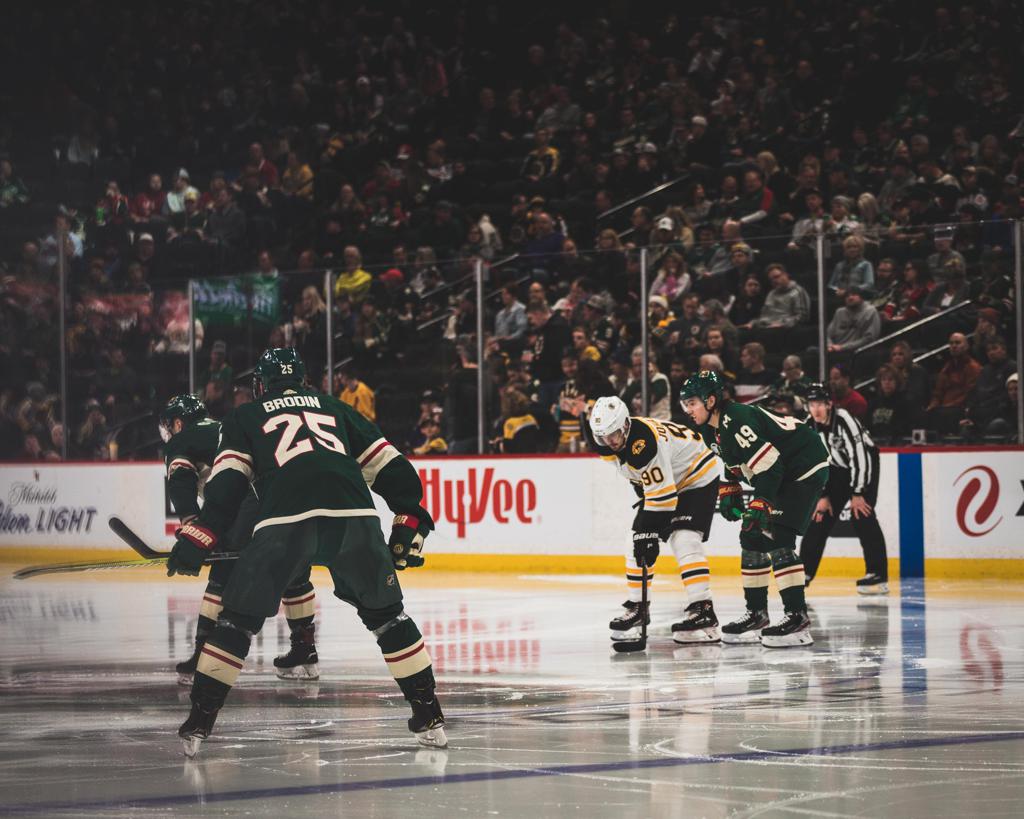 Russo’s predicted leading goal scorer: Parise turned 35 in July and is at a crossroads. He led the Wild with 28 goals and 61 points last season and when healthy is still as productive as ever and the Wild’s best scorer. But he badly wants to win a Stanley Cup while he still is young enough to make an impact. This past summer, in a feature in The Athletic the day before his birthday, Parise sounded the alarms that he’s very worried the Wild are entering a rebuilding situation after last year’s trades. While Parise very much wants to win in Minnesota, with six years left on his contract, this could be the first time in his career that Parise would at least entertain a trade if it were to the perfect situation. Parise controls that possibility though because he has a full no-move clause. Nevertheless, because of his age and $7.5+-million cap hit, it’s a difficult trade to make. So Parise should be back and if healthy very likely will lead the Wild in scoring.

Russo’s predicted leading scorer: If Zuccarello plays on the right side of Zucker and Staal all year long, he is the type of playmaker that could replace the loss of Granlund. If Zucker and Staal have bounce-back years after a tough 2018-19 season, Zuccarello should see his stats line balloon. Zuccarello averaged almost .7 points per game during his successful New York Rangers career and is the type of skater and scorer that should excite Wild fans despite the team signing him long-term on the north side of 30 years old.

Ready to break out: Last season, we started to see flashes of the type of player young Kunin could become. He’s intense, physical, works his butt off and if put in the right situation can score. At least to start the season, Kunin will be put in that right situation between the likes of Parise and Fiala. Kunin, who once captained the United States to gold at the World Juniors, is versatile enough to play wing or center. But he will start the season at center after playing well following last year’s Koivu injury and producing 6 goals in 11 games for Iowa in the playoffs. 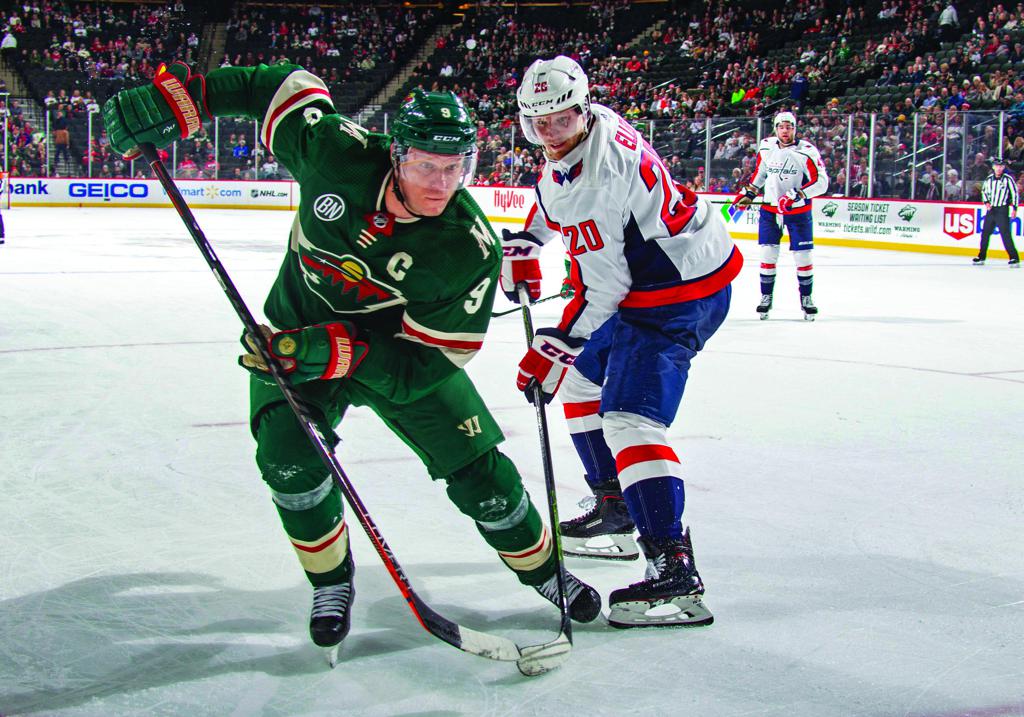 Must bounce back: Zucker and Staal, plain and simple. Two years ago, Zucker scored 33 goals and Staal 42. Last season, Zucker scored 21 and Staal 22. The Wild were shut out 11 times and scored the fewest goals in the NHL from Dec. 15 on, so they just can’t afford the type of down years we saw from Zucker and Staal. Zucker dealt with trade rumors all season long and should enter this year with a clear mind now that Fenton, the man that was obsessively trying to trade him, is gone. Staal was more of a concern just because he turns 35 in October and showed signs of fatigue. But Staal is such a pro and is the type of player that can leave you feeling foolish if you doubt him.

Possible call-ups: The way the Wild roster shapes up, it’ll be very hard for rookie Nico Sturm to make the team. But he got an NHL two-game taste last season after signing out of Clarkson University and was the MVP of the team’s June development camp. This big center is pure character. Playing in Iowa would only do the kid good. He should get big minutes and responsibility, stuff that will only help him when he gets promoted to the NHL.

What must happen for the Wild to make the playoffs: Simple. Health, internal improvement and bounce-back years. In the cutthroat Central Division, the Wild aren’t deep enough to absorb major injuries like they did last season to Dumba and Koivu. What’s more, it’ll be impossible for this team to succeed if we don’t see guys like Staal and Zucker rebound but also see big-time improvement from guys like Fiala, Donato, Kunin, Greenway and Eriksson Ek. It’s their time to step up their games and become important fixtures on the ice and in that locker room. If the Wild can come together as a team, they could surprise many, like Boudreau believes they can.

Michael Russo writes for The Athletic. He enters his 15th season covering the Wild and 25th covering the National Hockey League. He co-hosts the Russo-Souhan Show on talknorth.com, can be heard weekly on KFAN (100.3-FM) and seen throughout the hockey season on Fox Sports North. Follow Russo on Twitter at @RussoHockey. To subscribe to The Athletic at a 40 percent discount ($2.99 per month), go to theathletic.com/iknowrusso. If you’re a student, you can get 50 percent off ($29.99 for the year) at theathletic.com/student