Your complete guide to 2019 MSHSL and Minnesota Hockey State Tournaments 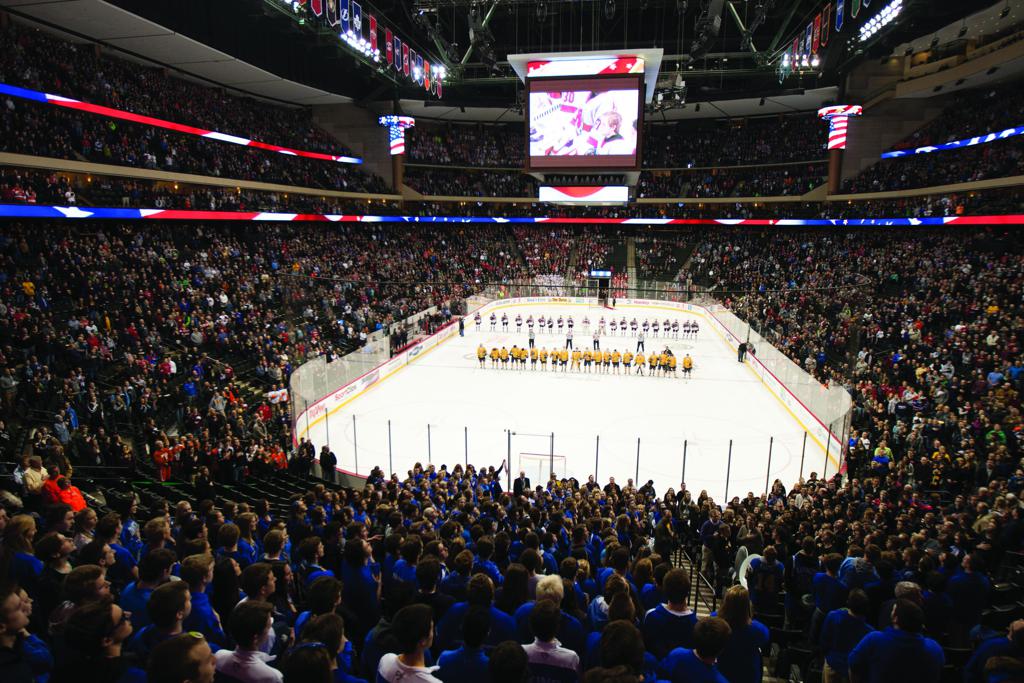 10. Eveleth wins first state tournament: You can’t have a best-of list without including the team that started it all. Eveleth captured the state’s first-ever title with a 4-3 win over Thief River Falls in 1945. It was the first of many, becoming one of the great dynasties in Minnsota high school hockey history including four straight title claims from 1948-51.

9. Reber breaks barrier: In 2017, Sami Reber became the first female head coach to win a Minnesota Class 2A state high school championship, as Edina topped Blaine by a score of 4-0. It was also the very first state title in program history for the lady Hornets. Reber was a Ms. Hockey finalist and captain for Edina in 2011.

8. Minnetonka and Lakeville North girls battle for six OTs: The Skippers and Panthers battled out in the longest game in sports history—a staggering 113 minutes, 29 seconds—on Feb. 23, 2013, before a deflected shot pushed Minnetonka to victory and a third consecutive berth in the championship game. Minnetonka added the cherry on top with 3-1 win over Hill-Murray the following night.

7. Kyle Rau’s triple OT game-winner: A dive toward the net out of desperation and exasperation was just enough for Rau and the Eden Prairie Eagles to secure the team’s second 2A state title in three years. A 3-2 triple overtime victory against Duluth East capped the longest championship game in state tournament history since Edina East beat Grand Rapids in 1978.
“I remember right where I was, I was about to get off the ice and I saw Kyle dive and remember just the pure excitement and joy like you wouldn’t believe,” recalled Minnesota Wild forward Nick Seeler, who was a senior defenseman at the time. “It was a packed house, triple overtime, our section final game was double overtime so we had a little bit of experience in those big overtime games. It was just amazing.”

5. Lakeville North completes the perfect season: The Lakeville North Panthers became just the 17th team in tournament history to go undefeated from start to postseason finish (31-0), and the first to do so since the 1992-93 Bloomington Jefferson Jaguars. Propelled behind the Poehling brothers, Nick, Jack and Ryan, the Panthers beat unranked Duluth East 4-1 in the title game.

4. International Falls capped a perfect 27-0-0 record with a 7-0 thumping of Bloomington Jefferson to win the 1965 state championship: The Broncos, who had 13 players with D-I scholarship offers, scored 17 goals in three state tourney games.

3. Krissy Wendell sets goals and points record: In 2000, Wendell led Park Center to a state banner with a 6-0 victory against Anoka, tallying 12 goals and 16 points —the most ever marked in a single tournament. With the goals, she broke her own scoring record, completing her senior year with 110 goals—still a record to this day.

2. Dave Spehar scores big: You’ve likely heard the name Dave Spehar come up each March. Spehar propelled the Duluth East Greyhounds to the 1995 AA title in grand fashion, scoring hattricks against powerhouses of the time Bloomington Jefferson, Edina and Moorhead to clinch the title. Night after night Spehar made hats rain at the Civic Center and cemented his place in Minnesota’s high school hockey history finishing the 1995 season with 102 points. Note: While he is best known for his hattricks in ‘95, Spehar has scored a hattrick in five out of six state tournament games, with the Hounds making a second state appearance in 1996 (the year Spehar was named Mr. Hockey). His 20 goals and 29 points in the state tournament are second on the all-time record list behind John Maysich.

1. Apple Valley and Duluth East go the distance: It was 1:39 a.m. on Saturday by the time the 1996 semifinal game between Apple Valley and Duluth East came to an end. An exhausting and record-setting five overtimes spanning 93 minutes and 12 seconds, it’s been heralded as one of the greatest state tournament games ever played with the Eagles besting the defending state champion Greyhounds, 5-4.
“I’ve been fortunate enough to accomplish a lot of things in my hockey career, but that’s still up there in my top three moments,” said Erik Westrum, who won back-to-back NCAA titles at the University of Minnesota and played parts of three seasons in the NHL. “It’s hard to believe it was over 20 years ago, but the impact it had on so many people, people still telling me where they were when that game happened, it’s pretty neat. For me, even talking about it brings back a lot of excitement and joy and just passion for hockey. It was a pretty unbelievable experience that every kid dreams of.”
Westrum and the Eagles completed the dream with a 3-2 victory over Edina to capture the program’s first and only championship title.

What Makes the State Tournament Great?

1. Community support
Parents, students and neighbors deck out in school colors from past and present to cheer and celebrate their team on to victory. You’ll never see a greater community gathering than at the X and in St. Paul in March.

2. High school pride
Each year students come up with new and unique ways to celebrate and support their team with signs, cheers and attire. A day or two of hooky from school is kind of fun, too.

3. Lasting memories
Take a look at what NHL players from Minnesota say about their greatest hockey memories--most of them are created courtesy of the state tournament. But the tournament creates lasting memories for everyone, not just the players. Whether it's watching future Division I / NHL guys, attending one of the Top 10 moments or the inspiration it gives young players who dream of eventually playing in it, the tournament is something everyone wants to be a part of in some way, and when they do, they'll never forget it.

4. The pinnacle of a career
There’s no doubt, the state tournament in many aspects is bigger than hockey—but it many ways it is not. An appearance at the state tournament is a culmination of not just the hard work of a team for a designated season, but of the hard work a group of friends have put in from youth hockey through high school. For the seniors who dreamed of that moment since they were Mites, they get to look back on how far they’ve come and all they were able to achieve with their buddies from youth hockey beside them.

Bottom line, you can’t find anything like it in any sport or any other state. It’s as revered as the sport itself in Minnesota, and we’re so proud to call it ours. 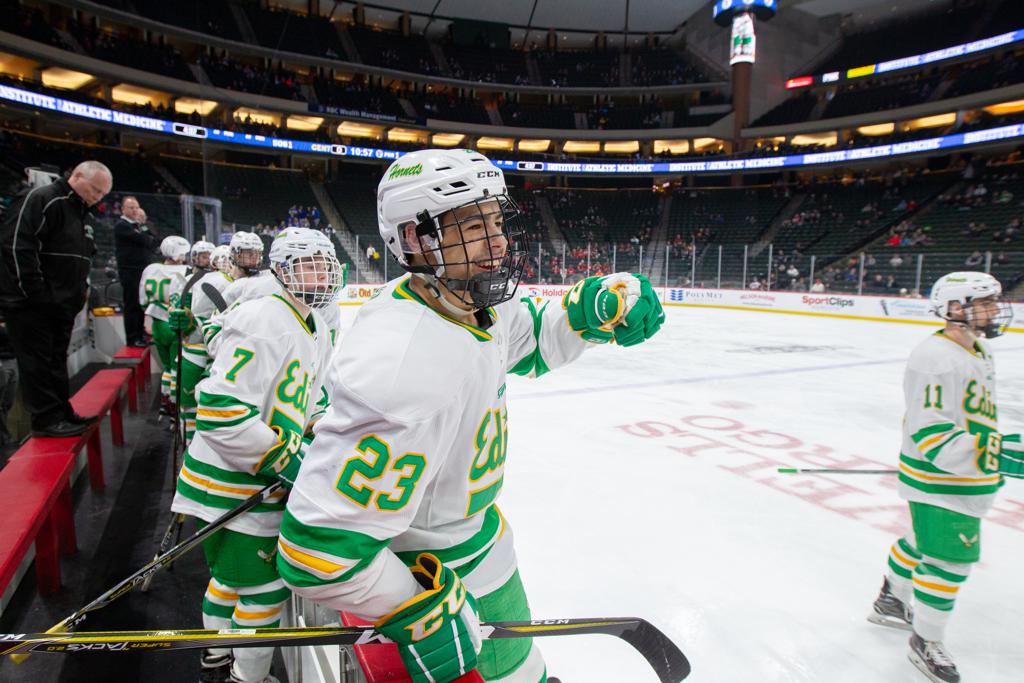 I've been watching the state tournament since 1972, and attending since 1978. From the Met Center to the see-through boards at the old Civic Center, to the Target Center and to the X, growing up in Grand Rapids, it was in my blood. In Rapids, our spring break was attending or playing in the tourney. I played in it with GR in 1980 (State Champs!) and I have coached in it three times. I have a son who played in it and coached in it and now has his own tickets each year. My kids have grown up with it. One of our traditions is having a meal or two between sessions at McGovern's down West 7th. Now my kids bring their friends to McGovern’s to continue the traditions. The tourney is the Granddaddy of them all. 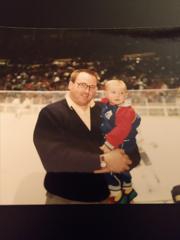 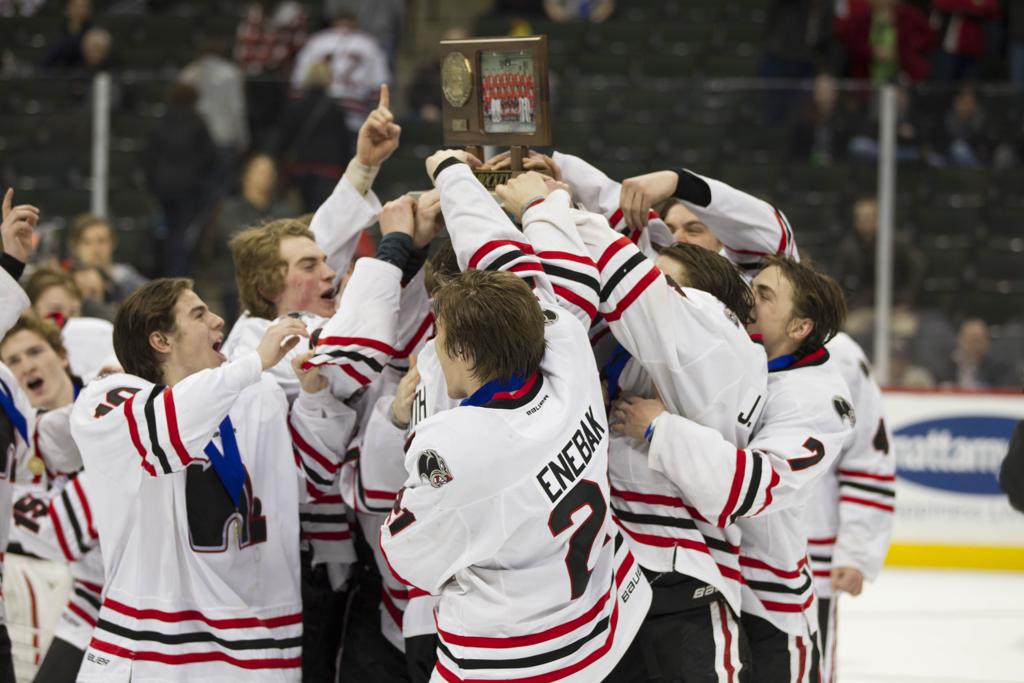 “I was lucky enough to go (to state) in 2009 and 2011. I think 2011 was a little bit more special because we’re all seniors who grew up playing together, and just the way we kind of won was pretty special. To this day, it’s something we talk about and reminisce about and just how great those times were. Still it’s one of the best times I’ve ever had playing hockey.” 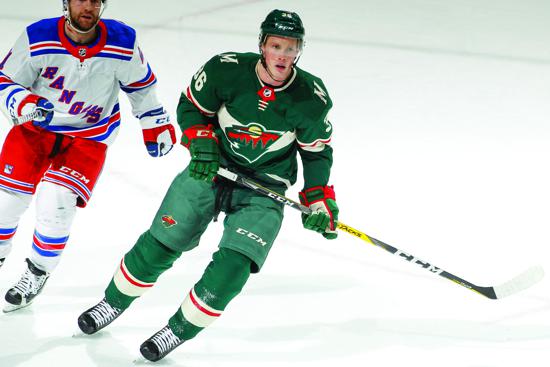 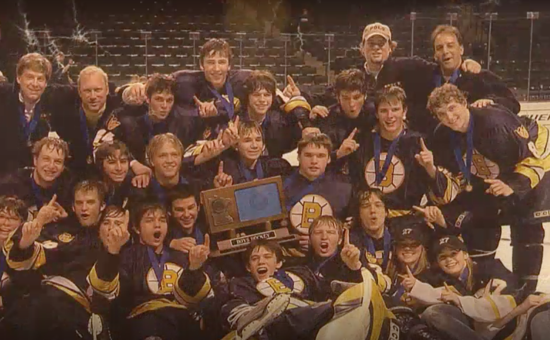 “That was something really, really special. We come from this town in South St. Paul that has such a rich hockey tradition, and to be able to make to state for the first time in eight years was pretty cool. We ended up losing to Breck and Blake Wheeler, which is an OK opponent to bow out to, I guess.” 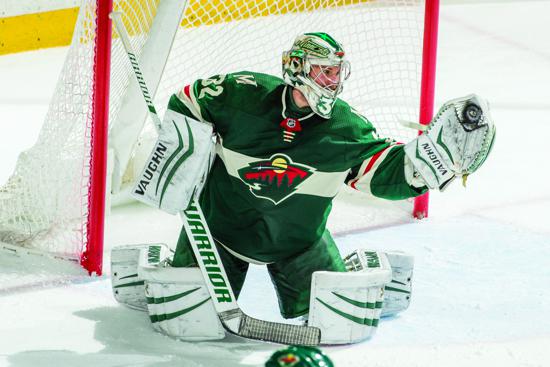 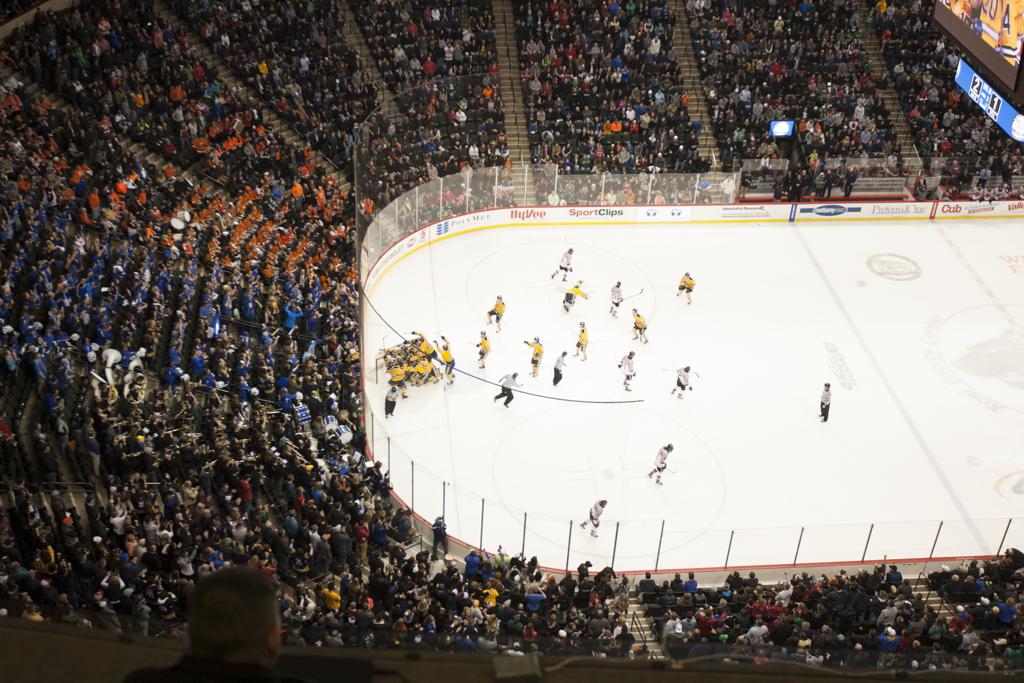