Fueled by the 2018 Olympians, defenseman Madeline Wethington wants to lead the next generation 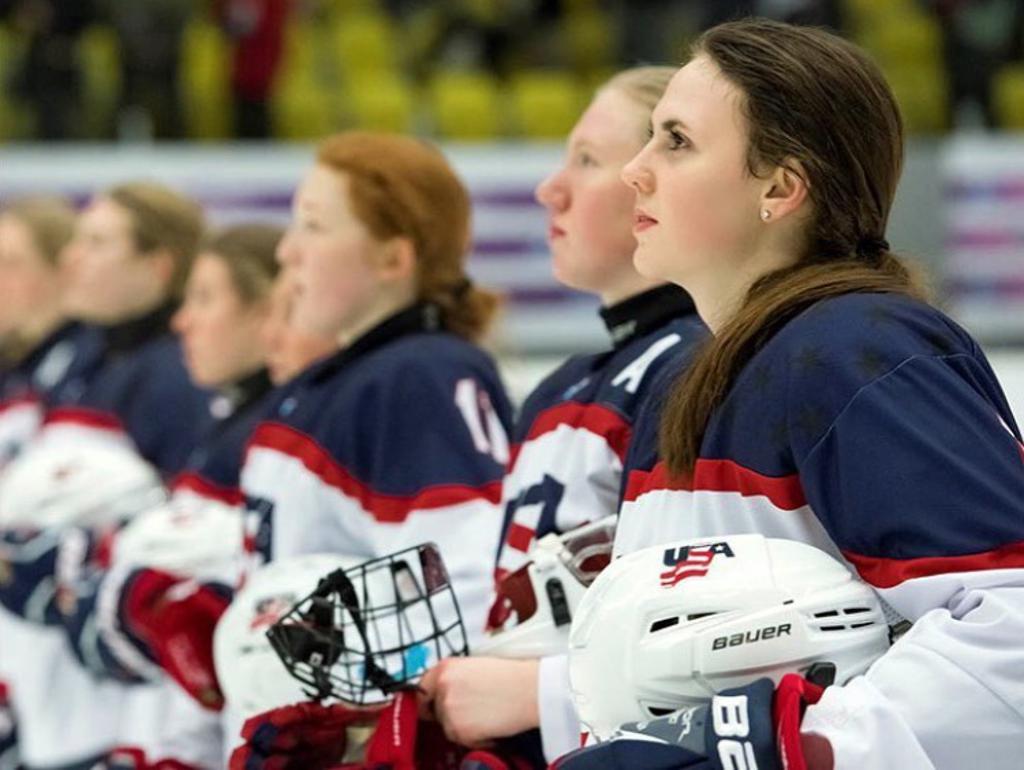 It’s hard to overstate just how powerful the 2018 Winter Olympics has been for the next generation of hockey players. Madeline Wethington was born in 2000, so she wasn’t around for the trailblazers of 1998.

But the fact is, the U.S. Women’s Olympic Team’s performance in PyeongChang will be forever ingrained in her memory.

The gold medal game, and the entire year leading up to it, was like watching the levee break, giving way to the surge of girls and women’s hockey in America.

“This is the game that we're going to remember for the rest of our lives,” said Wethington, a senior defenseman at Blake who’s heading to the University of Minnesota next fall. “And I know all the little kids, I know so many little kids that stayed up and watched that game—even though it was a school night—and how inspired they were to not only see the U.S. win it, but the way they wanted it, and the camaraderie that they had, and the work that they did for more equality.

Madeline certainly has the hockey genes. Jack Brodt, Madeline’s grandpa, founded the Minnesota Whitecaps in 2004, and is the co-head coach of the team’s inaugural NWHL season this year. Her mom, Kerry Brodt Wethington, was the first-ever women’s hockey coach at St. Cloud State from 1998-2002.

Madeline’s aunts, Winny Brodt Brown and Chelsey Brodt Rosenthal, were high school state champions at Roseville and NCAA national champions at the University of Minnesota. Her uncle, Vic Brodt, was a captain for St. Cloud State and a longtime girls high school coach at Roseville.

But despite the pedigree, Madeline’s parents take more of a hands-off approach when it comes to hockey.

“My mom lets me figure it out and be responsible and make my own decisions and learn from my own mistakes,” said Madeline, who won a 12U A State Championship with Edina before enrolling at Blake, where she embarked on a stellar high school career. “She'll always ask, ‘how do you think you did?’ She's not one of those parents that will yell at you after a game if you played poorly.”

Her dad, Patrick, doesn’t have a hockey background, but he’s thrilled to be in the thick of it now. Madeline has three younger hockey-playing sisters—Audrey, Jacqueline and Adeline.

“He didn't grow up playing hockey, but I think that's why he's so into it now,” she said. “So my dad has always been kind of my travel buddy and my support system. He's always there for me. He’s the best.” 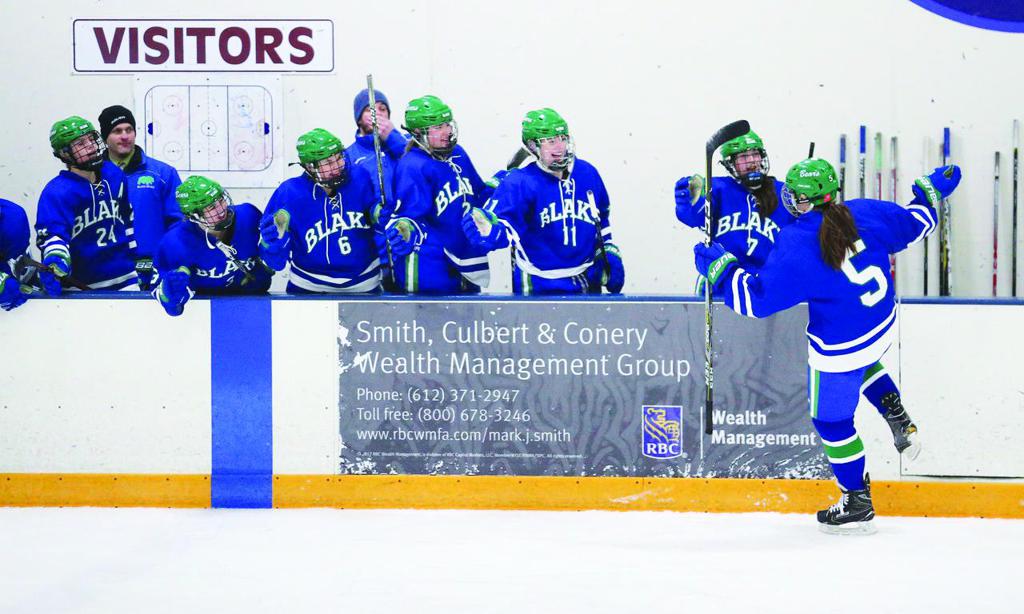 “Name a skill and she has it,” Reid said. “The top players are students of the game and she continually asks questions to learn more. She has great speed and is strong on her skates. Her puck-handling skills allow her to elude players on a rush. She has an incredible shot and great vision. Madeline is the epitome of a well-rounded player.

Lateral movement on the blue line is one area Madeline is working on this season as she prepares for college hockey.

“Making good decisions, whether that's making a pass back door, or creating chances for my forwards in front of the net,” Madeline said. “I've noticed the older you get, the better the forwards are at blocking shots and getting in those lanes as quickly as possible. So you need to find a way to get it through.”

Despite what many people think, Madeline says, she does not just play hockey 24/7.

She’s been in choir, soccer, math club, skiing and snowboarding, soccer and even juggling club (she can juggle five balls at a time). She’s also captain of the Blake golf team.

“I see more and more kids so focused on one sport at a young age and that's not the way I was brought up,” said Madeline, who plans on studying pre-med at the University of Minnesota. “That's not the way my whole family was raised. I think that's super important—to be well balanced and do a lot of different activities.

This past December, she was invited to the 2018 U.S. Women’s National Team Evaluation Camp at USA Hockey Arena.

In other words, she earned the opportunity to play with and against the top players in the country, including the Olympians she watched win gold less than a year earlier.

On top of that, she got to play with Lee Stecklein, who was coached by her uncle Vic and played with her cousin Hanna Brodt at Roseville.

“We were D partners for a game, which was really cool. So it kind of just comes full circle and it was really special to lace up the skates with her,” Madeline said. “I don't think she gets enough attention or credit for how amazing of a player, but more importantly as a person, she is. She's been someone that I've looked up to for a long time. So when I was probably 10, 11, 12 years old, I would always go to their high school games and watch them.” 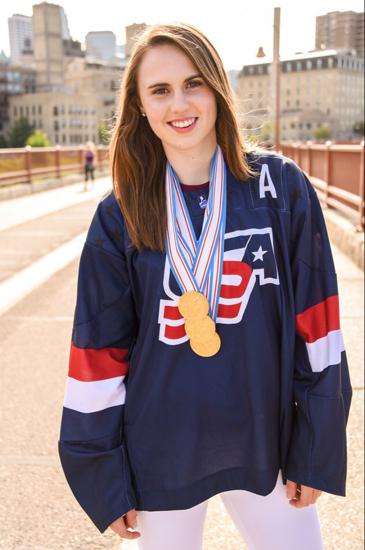 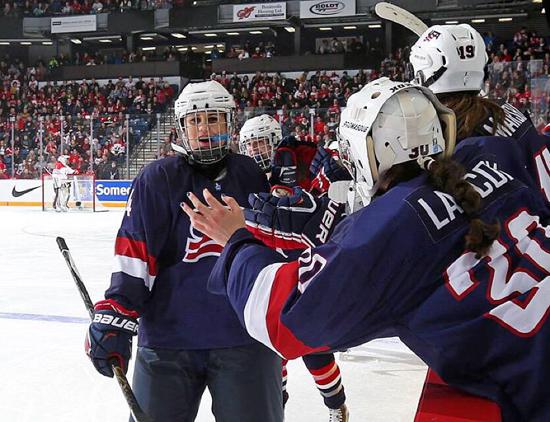 Madeline has her sights set, but takes nothing for granted.

“Madeline is one of the most dedicated hockey players I have ever coached,” Reid said. “She trains every single day and is totally committed to being the best player she can be in an effort to contribute to the team's success.”

She’s still using the gold medalists as fuel, but is forging her own path.

“With all the pressure on them, they used it to their advantage and they capitalized on their opportunities,” she said. “Watching them play was super exciting, but at the same time, I want to be there someday, and I want to have that same experience and same feeling. I want to do that in the future.”

Herb Brooks was a dreamer. The 1998 and 2018 gold medalists were dreamers. Count Madeline in as a dreamer.

“It’s definitely something I dream about doing some day,” she said. “But dreaming isn’t everything. That’s just dreaming. You have to put in all the hard work for that. So when I was watching it on TV, I was actually thinking more of, what does it take to get there? What do I have to do? How do I prepare myself?

“That’s what dreaming means to me.”