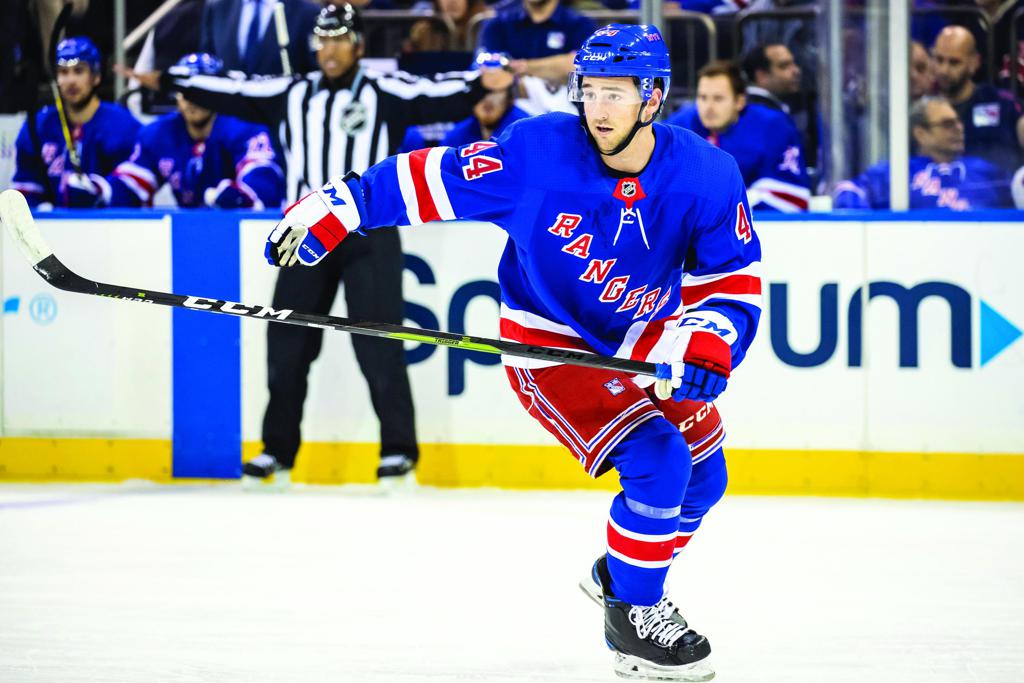 Neal Pionk picked the puck up from behind his own net and looked up the length of the ice at Madison Square Garden. The left side looked clear. One quick spin-o-rama to get going and Pionk beat one Montreal Canadien. Then two. Then three, before burying the puck past superstar goaltender Carey Price for the New York Rangers lead and eventual 4-3 win.

It’s that awareness that has earned Pionk significant playing time (averaging 22:32 per night) and notable discussion in his second NHL season.

And that end-to-end skill? It was learned and honed in Hermantown Hockey, where he spent 80-90 percent of his time practicing coast-to-coast moves and spin-o-ramas on the ponds and outdoor rinks.

“We had five outdoor rinks in Hermantown. I always thought it was the best skating outside or out on lakes because there were no coaches, no scouts, there was nothing,” the 23-year-old pointed out. “You just do whatever you wanted. You never got in trouble for trying new moves or being creative. If I made a mistake outside, no one was there watching. No one cared, I was just doing it for myself. I’m sure I started working on those moves out there. ”

We caught up with Pionk to talk pond hockey, small statures, and championship runs—he’s made three, twice in high school and once in college—as he hopes to help the Rangers reach that Stanley Cup Final next.

Minnesota Hockey Journal // You’ve played in less than 100 NHL games but you’ve already managed to put your name out there with some impressive highlight reel goals. Where does that sense of scoring come from?

Neal Pionk // I definitely don’t go out every shift saying, ‘this shift I’m going to try and score a highlight reel goal.’ It’s more of a check down process, where one thing leads to another. In that situation against Montreal (on Nov. 6), one opportunity led to another, and it just happened that I scored a nice goal.

MHJ // You don’t often see that type of innate sense or knack for scoring from defensemen. Any forward time in your playing career to give you that offensive edge?

Pionk // I actually played forward until I was about 12 years old. My dad was the coach and our team needed help on defense, so my dad put me back there and I stuck with it. I think it gives me that offensive instinct for sure. I think having a defenseman who is able to carry the puck and play with that offensive instinct helps out the offense a bunch.

MHJ // Tell us more about your youth career.

MHJ // We hear you could be found as often on a baseball diamond as a hockey rink yourself.

Pionk // Yeah, I played baseball until I was 21, second or third base. I still like watching and following it. I was never a one-sport kind of guy.

MHJ // Hockey is such a lifeline in Duluth—how special is it to have been a part of that?

Pionk // It was awesome. The youth hockey program in Hermantown was great. We were always competitive, always had good teams, but then of course we idolized the Hermantown high school teams. They were making state tournament runs every year. I think it first started when I was going through youth hockey and they won their first state tournament in ’07. I would have been 12 years old then, so we grew up idolizing the high school team and we looked forward to the day that we finally got to play and make our own state runs. It was a lot of fun.

MHJ // Two years, two state title games, was it bittersweet to get so close or was the experience worth more than the victory? 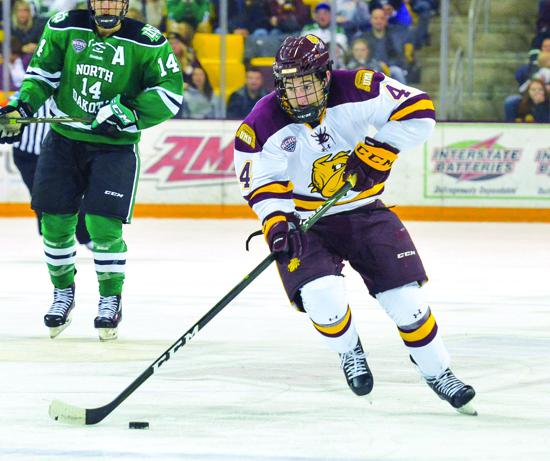 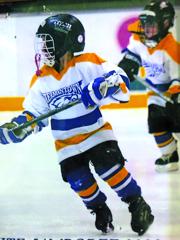 MHJ // So does the Frozen Four experience and that championship run with the University of Minnesota Duluth in 2017 top it—even with the 3-2 narrow loss to Denver in the final?

Pionk // Oh boy, now we’re splitting hairs. Maybe a little bit. The Frozen Four I think it’s just on an even bigger stage. We played at the United Center and the most fun I’ve ever had in my hockey career was that year. We came so close and our team was so good, to this day it might still be the most fun I’ve ever had in my life from a hockey perspective. Some of the guys on that team are still some of my best friends and I couldn’t have asked for a better experience.

MHJ // You’re one of the smaller guys on the ice, how do you use that to your advantage?

Pionk // A lot of it’s a mindset. You look at (Calgary Flames forward) Johnny Gaudreau, and he’s one of the highest scoring players in the league and he’s smaller than I am. I think it’s a mindset that you have going into it. It doesn’t matter how small you are, you can still take the puck away from a bigger guy or maybe outsmart them in a physical position. I think along with that my skating helps me too.

I didn’t hit a growth spurt—I say that and I’m still under 6-feet—but I didn’t hit that until freshman or sophomore year of high school, so growing up in youth hockey I was even smaller in comparison to what I am now. I learned right away how to think the game, because I had to think my way around the bigger guys. I wasn’t necessarily faster then yet, but if I could be a step ahead of them I would be just fine. I’d survive out there, and not only survive but thrive

Pionk // I just think the Minnesota Hockey model is something I’m proud to have been a part of. The community feel that you get, you really don’t get that anywhere in the U.S. You grow up playing with the same kids the entire way up until you’re 16, 17, 18 years old. I think that’s pretty special to play with guys for that long. You create a bond that you’ll never forget.