Kurvers: State Tourney Was ‘All I Ever Wanted’ 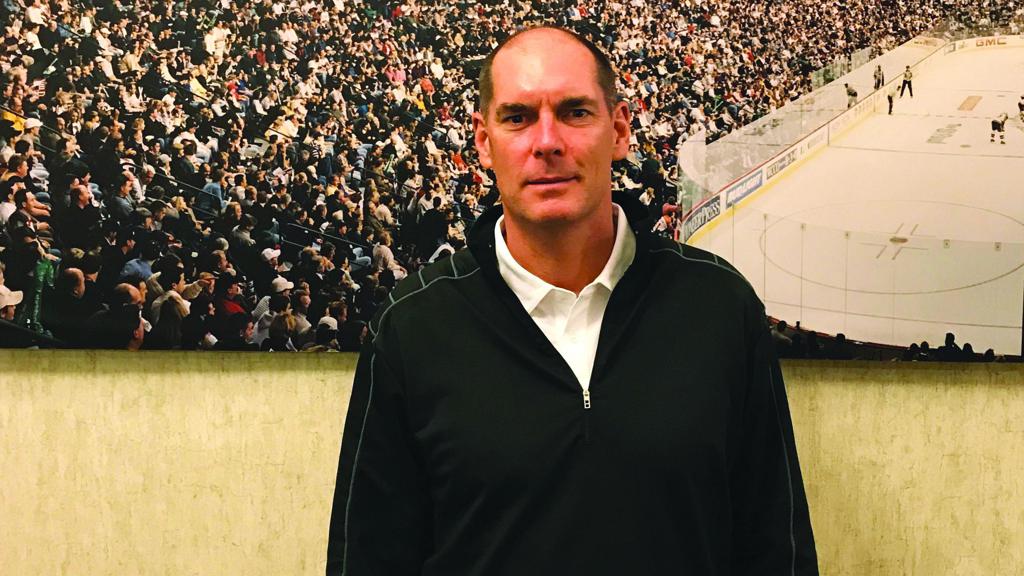 It took Tom Kurvers opening an old, dusty bin for him to even find a couple pictures of his high school glory days playing hockey at Bloomington Jefferson.

It was just a different generation, a different culture back in 1980 when as a senior captain Kurvers helped lead the Jaguars to their first State Tournament in school history.

There was no social media. Nobody had cellphones.

“We just played, and had memories—the best memories,” Kurvers said.

Kurvers didn’t lace up the skates for the first time to play hockey until, get this, 8 years old.

Yet, he developed into one of Minnesota’s most accomplished hockey people.

After high school, Kurvers went on to University of Minnesota Duluth, where he won the Hobey Baker Award as college hockey’s best player and came within a goal of a national championship by playing in the longest game in NCAA history—a four-overtime marathon against Bowling Green in the 1984 title game.

After college, the defenseman began an 11-year NHL career with the Montreal Canadiens. He won a Stanley Cup his second year in 1986 and went on to play 716 regular-season and playoff games for seven organizations.

The past two decades, he worked for the Phoenix Coyotes and Tampa Bay Lightning in management and scouting. In June, Kurvers, 54, landed a dream job as Paul Fenton’s right-hand man as one of the first-year general manager’s two assistant GMs with Kurvers’ hometown Minnesota Wild.

This all started because Kurvers, a multi-sport athlete, simply wanted to take up hockey and his dad, a football and basketball guy, let him.

Jim Kurvers was an all-state football player. He was on one of Minnesota’s great high school basketball teams of all-time at Hopkins, winning State Championships in 1952 and 1953. He was a four-year letterwinner in baseball.

“I had a sports advantage through DNA, thanks to my father, and then on top of that, he was a model sports parent,” Tom Kurvers said.

“First of all, he didn't know hockey,” Kurvers said. “So he didn't critique hockey for strategy or thinking or anything. The only thing he ever said, and I can hear it: ‘Work.’ I heard that all the time, and I knew it was aimed at me. But no more than that. He never yelled at me. In the car it was, ‘Good game,’ or, ‘How do you think you played?’”

So, back to 1970, Kurvers played football and baseball but suddenly wanted to take up hockey.

“So, I trailed the neighbor kid, a boy named Arnolds Brooks, down to the outdoor rink for a hockey clinic just to skate,” Kurvers said. “Not to play on a team, just to a skating clinic. Then, Jefferson High School opened in 1970, so they started a youth hockey program. One of the guys picking players—it wasn't a tryout, they were trying to find enough players to play on the team, and one of the guys knew me from baseball. He said, ‘He’s a good athlete.’ So, my first year of hockey, I was the last player to fill out the roster. And I was the only guy on the team that didn't score a goal the whole season. That's my start in hockey.”

It would get better.

During Kurvers’ high school career, he earned seven varsity letters. As a great baseball player, he was a shortstop his sophomore and junior year, a third baseman and center fielder his senior year. In football, he was the quarterback. 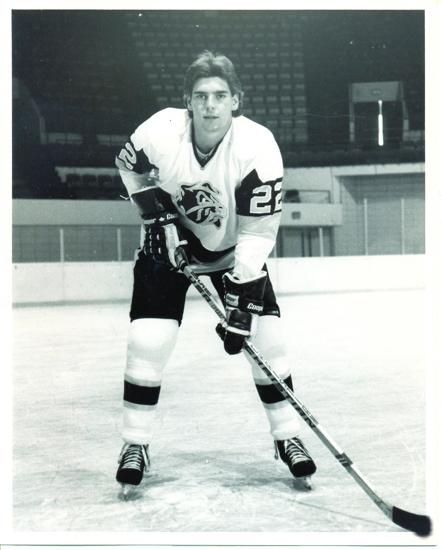 The Best Five Days Ever

Hockey started to become his true passion, even though he wasn’t even the best player in his age group.

North, who’d end up going to Harvard, would become the first U.S. high school player ever drafted to an NHL team.

“So, I didn't grow up with everybody saying, ‘He's the next one,’” Kurvers said. “I was one of the guys on my team. It was a good team—the first Jefferson team ever to go to State.”

In 1978 and 1979, Jefferson lost to Rochester John Marshall in the region finals. In 1980, Jefferson beat Rochester Mayo, who boasted Jim and John Johannson, to finally make it.

“Jay North had a hat trick in that game, and one of the goals was a 3-on-5 shorthanded,” Kurvers said.

It was the culmination of 10 years of dreaming about State.

“You've waited for this your whole life. When you're a kid in high school, it's just a great five days of anticipation. Then the three days of the tournament went by like the snap of finger.”

As a kid, Kurvers used to go down to the old Met Center in Bloomington to watch the tournament. He remembers running around the concourse with his friends.

“You could get into the consolation games, but you couldn't get tickets readily for the championship games,” he said. “And suddenly, we’re playing our region finals in the Met Center, and we’d have 14,000 people at those games. They were big events. But I still remember in junior high getting out of school for half a day just to go watch the games over there. That was, you know, that's the aim.

“Bantam, Peewees, Squirts, it was, ‘Man, if we could play in the State Tournament, wouldn't that be the greatest thing ever?’ That's all I ever wanted. We came close my first two years. And now we were there. I'm pretty sure we won our region final on a Saturday at the Met Center. Our first State Tournament game at the St. Paul Civic Center, which had the clear boards, was a Thursday. And those five days were maybe the best five days ever. Just because, now you've made it, you don't know what it's going to be like.

“You've waited for this your whole life. When you're a kid in high school, it's just a great five days of anticipation. Then the three days of the tournament went by like the snap of finger.” 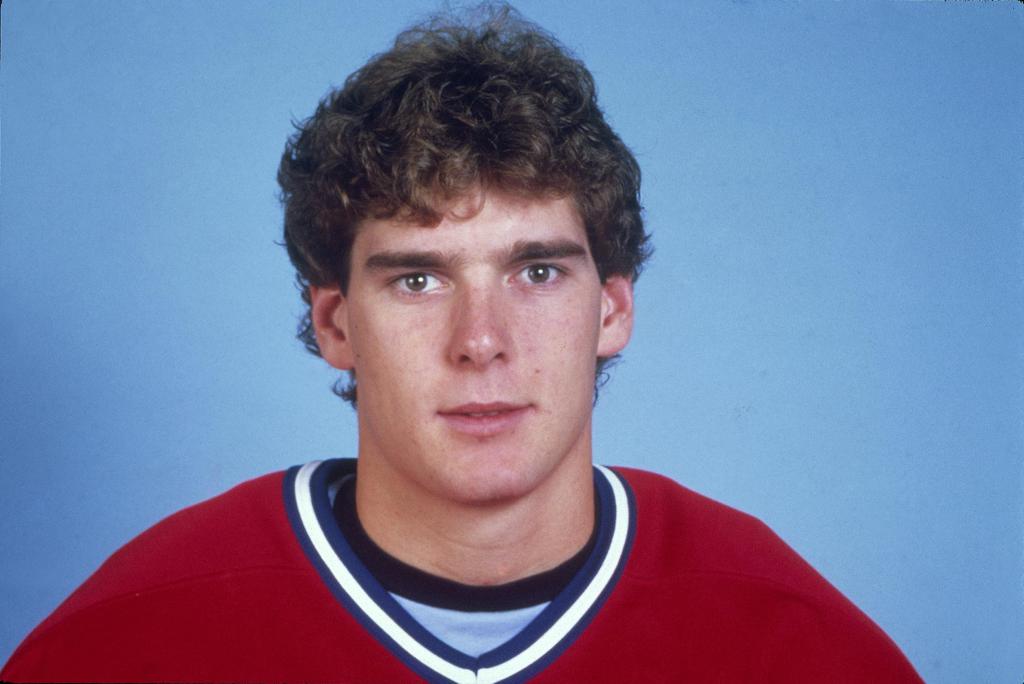 Kurvers can barely remember the games.

But in the semifinals, the Jaguars ran into Grand Rapids, and they had future North Star Jon Casey in goal. They lost to the eventual champions, 3-1, with an empty-netter.

The loss to Grand Rapids, Kurvers said, was “Crushing. … But it’s really funny. Those three days, honestly, I have a hard time remembering any of it, but I do remember that the five days prior were brilliant.”

As crushing as the defeat was, he looks back on the run up to the tourney as one of his fondest memories.

“It was a goal achieved, a long-range goal,” Kurvers said. “As soon as you started playing hockey, you became aware of the State Tournament. And that looked bigger than life, so to make it and play in that was a dream come true.

The best part of State? Being with your neighborhood buddies—your friends for life.

Kurvers realized this a year ago when his mother passed away after five years of battling cancer.

Four of his father’s high school basketball teammates came to the funeral.

“You play with these guys on your team for 10 years,” Kurvers said. “You really do know them. My two co-captains (Mike Bjork and Tim Sullivan), and another buddy of mine, reconnected this year, and now we have a text thing going that started six months ago. We had a great group of guys that I grew up with, and we were pretty much all together for close to 10 years. Eleven guys from my Squirt team played Division I hockey. We all got there to the State Tournament at the same time and got the same thrill, which is a great shared memory.”

As the State Tournament’s set to begin, Kurvers hopes these young players take advantage of it.

“Remember, everybody that comes through and plays in the tournament, at some point it’s their first time,” Kurvers said. “And everyone that gets there gets the same thrill. Going into the rink, it's full, especially that first game. It's shocking. It's shocking, it's overwhelming, it's maybe the highlight of, for many kids, that's the first and last time they see that. And, it's fantastic, so take it all in. It’s the best.”

Michael Russo is in his 14th season covering the Wild and writes for The Athletic. He has covered the NHL since 2005. He co-hosts the Russo-Souhan Show on talknorth.com and can be heard on KFAN (100.3-FM) and seen throughout the hockey season on Fox Sports North. Follow Russo on Twitter at @RussoHockey. To subscribe to The Athletic, go to theathletic.com/michaelrussohockey for a 30 percent discount ($3.49 per month) the first year. If you’re a student, you can get 50 percent off ($2.50 per month) at theathletic.com/student.